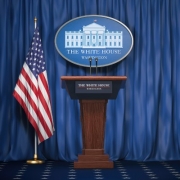 President-elect Joe Biden has announced Pete Buttigieg as his transportation secretary. Buttigieg, Biden’s former rival for the Democratic nomination, would be the first out gay person to take a cabinet post if confirmed by the Senate.

Buttigieg’s nomination comes as Biden announced more picks for senior positions in his administration, including Jennifer Granholm, the former governor of Michigan, to head up the energy department.

“This is a moment of tremendous opportunity—to create jobs, meet the climate challenge, and enhance equity for all. I’m honored that the President-elect has asked me to serve our nation as Secretary of Transportation,” Buttigieg tweeted after the announcement was made.

Biden said in a statement that Buttigieg was a “patriot and a problem-solver who speaks to the best of who we are as a nation”.

“I am nominating him for secretary of transportation because this position stands at the nexus of so many of the interlocking challenges and opportunities ahead of us,” Biden said, “Jobs, infrastructure, equity, and climate all come together at the DOT, the site of some of our most ambitious plans to build back better.”

Biden has now completed picks for his cabinet of top officials to run federal agencies, with former Obama adviser Tony Blinken already nominated as secretary of state, retired Army Gen Lloyd Austin as secretary of defense and Janet Yellen as treasury secretary. Tom Vilsack has also been selected to return to his role of agriculture secretary, while Ohio representative Marcia Fudge will serve as housing secretary if confirmed by the Senate.

Jennifer Granholm has yet to publicly comment on her selection as energy secretary but the pick was confirmed by four people familiar with the plans to the Associated Press. Granholm has served two terms as governor of Michigan, defeating the husband of US education secretary, Betsy DeVos, for the second term. Last month she wrote an op-ed for the Detroit News in which she called for the Michigan auto industry to focus its attention on investing in a low-carbon economy, claiming that the time for ‘low-carbon recovery is now’.

“She’s really a student of the [energy] transition,” Skip Pruss, who directed the Michigan department of energy, labor, and economic growth under Granholm, told Politico. “If you were to ask me what was a limitation in Michigan, I would say that she was slightly ahead of her time.”

Former South Bend mayor Buttigieg ran an upstart presidential campaign and was a competitive candidate who built a reputation for being able to build a large warchest. After dropping out of the Democratic primary, the 38-year-old chose to quickly endorse Biden.

“As a former mayor, he knows the importance of investing in safer, more efficient interstate roads and bridges, and in the connections provided by a secure rail network,” New Jersey’s governor, Phil Murphy, said in a statement. “President-elect Biden has chosen the right person to lead on delivering the promise of clean energy and electric vehicles, on creating new union jobs, and on investments in environmental justice – all of which are inextricably intertwined within our transportation infrastructure.”

Biden has been praised by LGBTQ rights groups for selecting Buttigieg, with one branding it a ‘new milestone in a decades-long effort’ to have representation in the government.

“I got to know Pete on the campaign trail. He’s one of the smartest people you’ll ever meet, and I’m one of the most humble; a mayor from the heartland, a management expert, a policy wonk with a big heart, a veteran, Lieutenant of the United States Navy Reserve, an intelligence officer, deployed to Afghanistan while he was mayor, a new voice with new ideas determined to move past old politics. The son of professors, his husband is an educator, always, always a mark of good character, that’s the way I look at it,” Biden said in a press conference in which he and Kamala Harris announced the selection for transportation secretary.

“And by the way, Jill and I have always enjoyed seeing Pete and Chasten together on the trail. Chasten has become a close friend of Jill’s and mine. And what I admire about Pete is he’s always clear about who he is, what he believes, and how he wants to bring people in, not exclude them.

“The Department of Transportation services a critical mission, with critical responsibilities, particularly in this administration. We need someone who knows how to work with state, local, and federal agencies. For example, right now, one in five miles of our highways are still in, “Poor condition,” according to the Society of American Engineers.

“Tens and tens of thousands of bridges are in disrepair, some on the verge of collapse, presenting a clear and present danger to people’s lives. We’re the world’s richest nation, but we rank 10th, we ranked 10th in overall quality of our infrastructure, according to the World Economic Forum.

“But there’s so much we can do. When I think of climate change, I think about jobs, good paying union jobs, jobs to put Americans to work making their air cleaner for our kids to breathe, restoring our crumbling roads, bridges, and ports, making it faster, cheaper, and cleaner to transport American-made goods across the country and around the world.”