Blog - Latest News
You are here: Home1 / News2 / Business News3 / Just How Much Has Racism Damaged The Economy? 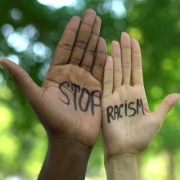 The news is consistently full of stories of the racial inequality that is rampant throughout the country and the recent anger at the deaths of George Floyd and Breonna Taylor has highlighted not only the need for the Black Lives Matter movement but also that America has had enough.

However, it is not just police brutality and open racial hostility that is bringing our great country down. Racial inequality is also having a stifling effect on our economy.

Like economies around the world, the American economy has suffered tremendously as a result of the current health crisis that has seen millions lose their jobs as businesses closed to stop the spread of coronavirus. However, the gap between our Black and White communities is continuing to cost us money, and a lot of it.

A recent analysis published by Citigroup has highlighted the inequities that continue to linger between investment, wages, education and housing, and estimates that over the last two decades these issues have cost our economy around $16 trillion.

“The 400 years of enslavement of Black populations in the Americas has residual effects that persist to this day despite tomes of legislation providing equal access to various aspects of American life under the law.”

The on-going coronavirus emergency has seen minorities seeming to struggle more than other communities with the report stating that, “the dual health and economic crises resulting from the coronavirus lays bare long simmering racial tensions and inequities that have plagued the US for centuries.”

The report highlights the fact that the pandemic plus the “repeated incidences of police brutality involving Black Americans have proven too great to ignore” and that “the result not only precipitated protests in the streets, but also a general reassessment of the very soul of the nation.”

While the report acknowledges that there has been progress made in recent years there is still large portions of inequality within the country, including the fact around 80% of Whites are homeowners compared to only 47% of Blacks, a fact that is backed up by the statistic that White households have eight times more wealth than their Black counterparts.

This is in part to income being at different levels with Black men reaching their income level peak around the age of 45, earning an average $43,849. However White men see their incomes peak around five years later with an average earning of $66,250.

Furthermore there are around 600 US billionaires with a combined fortune of $3.5 trillion, or the equivalent of 75% of all Black wealth, $4.6 trillion.

With such big gaps within our communities it is easy to see why the economy has suffered. According to the report, “societal inequities have manifested themselves into economic costs, which have harmed individuals, families, communities, and ultimately the growth and well-being of the US economy.”

And even though some areas of the government may want you to believe that the gap between Black and White Americans has reduced since the 1950s, the report suggests that in fact, it has continued to increase.

“The U.S. is light-years more equal than it was in the 1950s, but systems perpetuating inequalities among different racial groups either still remain or are being reinvented, either consciously or unconsciously.”

One of the main factors in the report is the housing practices, many of which still look unfavorably at Black home ownership, stating, “fifty years of barriers to Black home ownership means that Black families have missed out on the benefits of home price appreciation – a key ingredient to wealth accumulation.”

With such a deep divide in housing it is obvious that a side effect would be education. There is a “strong correlation between high-value housing and the quality of schooling” as many school districts receive funds generated via property tax.

With the economy already suffering from the racial divide the coronavirus pandemic has seen a significant increase with Black Americans seeing more job losses than White Americans.

Many essential employment areas such as food service, childcare and healthcare have a large proportion of Black American employees and with stay-at-home orders in place many positions have been lost resulting in a higher number of unemployment claims.

It was not just Black positions that suffered either. According to the National Bureau of Economic Research, businesses with Black owners saw more damage to their profits than those that had other ethnic owners.

Jerome Powell, Chairman of the Federal Reserve has also highlighted concerns about racial inequality and the economy.

In a recent interview with CNN Business he said, “The productive capacity of the economy is limited when not everyone has the opportunity, has the educational background and the healthcare and all the things that you need to be an active participant in our workforce.”

So how can we address inequality? The report shows that the US GDP could see an extra $5 trillion over the next five years by removing inequities however it would not be an easy task. Thirty seven per cent of Black workers receive the minimum wage so an increase would help the 11% of the workforce that they represent. Likewise a ban on potential employees being asked about their salary history can remove wage discrimination.

Citi have also announced that they will be spending $1 billion to try and reduce the racial wealth gap and announced that, “to emerge from a history of entrenched segregation and active discriminatory policy into an era of genuine equity will require conscientious reform at individualistic, corporate, and governmental levels.”