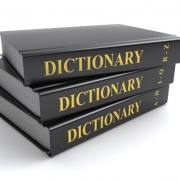 2020 has certainly been an eventful year. These effects of which will surely be felt for years to come. As we begin to reflect upon the year that is coming to a close, the Collins Dictionary recently announced its annual word of the year. This year the word chosen was “lockdown”. According to Collins, “Lockdown” can be defined as “the imposition of stringent restrictions on travel, social interaction, and access to public spaces”. The decision to declare this world of the year is a reflection upon how this word has now become a common part of our discourse across the world.

On their website Collins wrote on their why the word “lockdown” was chosen as the word of the year for 2020; “Our lexicographers chose ‘lockdown’ as Word of the Year because it is a unifying experience for billions of people across the world, who have had, collectively, to play their part in combating the spread of COVID-19. Collins registered over a quarter of a million usages of ‘lockdown’ during 2020, against only 4,000 the previous year.” This stark increase in uses of the word lockdown demonstrates how rapidly this became a defining feature in both our lives and language in 2020.

When looking at how the meaning of the word “lockdown” has shifted, in a blog for the Collins Dictionary site, author David Shariatmadari wrote: “It’s not a shock to remember, then, that lockdown was originally a piece of prison vocabulary: it’s when inmates are confined to their cells because of some disturbance on the wing. 2020 is the year that the meaning of the word shifted irrevocably: in most people’s minds, lockdown is now a public health measure – its use having increased exponentially since 2019.”

It is clear that the word “lockdown” has become instantly recognizable across the world. At the time of writing, England is currently part way through its second national lockdown that is due to end at the beginning of December and Wales has just exited its ‘firebreak’ lockdown, but many restrictions remain in place. Also at the time of writing, France entered its own national lockdown on the 30th October and Germany is also under a form of lockdown measures, although these are lighter than what they were in March/April. Similarly, Italy has issued a tightening of measures and a tiered framework and Spain declared a new “state of emergency” on the 25th October.

In addition to the word “lockdown”, which was the official word of the year, a further nine words featured on the shortlist. Six of the words in the full list relate to the global pandemic, which many would call the defining feature of the year. These were: Coronavirus, Key Worker, Furlough, Self Isolate and Social Distancing.

The final four words relate to other important events from the course of 2020. “Megxit” is defined by Collins as “the withdrawal of the Duke and Duchess of Sussex from royal duties” and refers to the decision taken by Prince Harry and Meghan Markle announced in January 2020. Another pivotal event of 2020 was the worldwide protests that followed the killing of George Floyd by a police officer in Minneapolis. These renewed important and essential discussions around racism across the world. Thus, Collins included “BLM” (an abbreviation of Black Lives Matter) to mark these significant events.

The two final words on the 2020 word of the year shortlist were “tiktoker” and “mukbang”, both of which reference online and social media culture. Tiktok is a platform where users record and post short videos that can quickly go viral if included on the platforms “For You” page. Throughout lockdown we saw celebrities and “tiktokers” alike recording viral dances, songs and challenges and it has recently been predicted that TikTok will surpass one billion users next year. Similarly, Collins defines a “Mukbang” as “a video or webcast in which the host eats a large quantity of food for the entertainment of viewers” and this has become popular on platforms such as YouTube.

From the Collins choice of “Lockdown” as Word of the Year for 2020 it is clear that the global pandemic is not only transforming our day to day lives, but it is also having a profound effect on our words and language.