Blog - Latest News
You are here: Home1 / News2 / Entertainment News3 / Looking Ahead To 2021 as The 63rd Grammy Awards Nominations Are Announ... 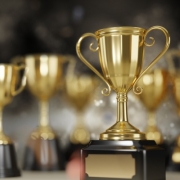 As we come to the end of an eventful year that continues to hold many uncertainties for the entertainment industry particularly, we greatly welcome the announcement of the nominations for the upcoming Grammy Awards 2021.

Kickstarting 2021, the 63rd Grammy Awards ceremony is due to take place on the 31 January 2021. Though we are yet to see in what form the awards will take place, from the exciting offerings we have seen from award ceremonies in 2020 amidst covid-19 restrictions we are sure it will not disappoint.

Whilst we may still be awaiting further details for the show’s lineup of exciting performances, we now have some of the most vital information set to build the anticipation as the nominations for who may become the potential winners of the desired golden gramophones have been announced. We have also been enticed with the naming of the upcoming host, Comedian Trevor Noah, who is the host of The Daily Show. Upon his new appointment he said: “Despite the fact that I am extremely disappointed that the Grammys have refused to have me sing or be nominated for best pop album, I am thrilled to be hosting this auspicious event’

Looking back to the beginning of the year, the 2020 62nd Annual Grammy Awards ceremony awards were able to take place in person. They were held on January 26th 2020 at the Staples Center in Los Angeles. Alicia Keys hosted the evening, having played host the previous year also. The biggest winner of the evening was Finneas taking home 6 awards, one of which was Album of the Year. Another star of the evening was his sister Billie Eilish who won the four major categories Record of the Year, Album of the Year, Song of the Year and Best New Artist.

With the nominations coming in ahead of the ceremony, we look forward to the glamorous and star studded event which continues to be a focal point of the music calendar. With this year like no other, the Grammy Awards will provide an important opportunity to celebrate what has been achieved in the face of adversity and revel in the positivity music brings to so many.

The most nominated at the upcoming awards this year is the Queen herself, Beyoncé, with 9 nominations including Record of the Year and Song of The Year for Black Parade. But more impressively, this year’s nominations has meant she is now the most nominated female artist ever with 79 nominations to her name in total, equaling Sir Paul McCartney for the second highest number of nominations of all time. Holding the current joint top spot are Quincy Jones and Beyonce’s Husband Jay-Z, who both have 80.

The next highest nominated artists include Dua Lipa, Taylor Swift and Roddy Ricch, who all have 6 nominations to their name. Doja Cat is also up for Record of the Year, BestArtist and Best Pop Solo Performance. Continuing their extensive success in 2020 BTS received a nomination for their single “Dynamite” in the Best Pop Duo/Group Performance category. There are also some newcomers to the awards this year including retro rock band Black Pumas and British multi-instrumentalist Jacob Collier.
With many references to the difference music has made through the pandemic, the upcoming awards has also incorporated the strong messages from the Black Lives Matter movement noting the nomination for Song of the Year ‘I Can’t Breathe’ by H.E.R. The show organizers, the Recording Academy, was reported to have updated the awards during the year incorporating changes to the rules and categories such as the usage of the word ‘urban’ has now been removed.

Amongst the hype there has also been some disappointment, notably by artist The Weeknd who has failed to receive any nominations for the 2021 awards despite his triumphant year including the release of his top selling album. TikTok fans across the world could not stop dancing to the star’s single Blinding Lights which was a US chart record breaker holding a top 5 spot for the longest amount of time. For some this was the song of lockdown.

In further controversy, Justin Bieber had also commented to have been “flattered” by his nominations in the Best Pop Vocal Album for Changes, however he was curious of the category choice questioning “not being acknowledged as an R&B album which is very strange to me”.

There have been many changes in the Music industry over 2020 with the Recording Academy president suspended from her role as president and CEO with alleged claims of corruption. It was also reported that Nicki Minaj had also posted a tweet surrounding her own experience in 2012 when she was snubbed from the awards.

Amongst the speculation one thing is for sure that we are already counting down to 2021 and can’t wait to honor the stars of the music and entertainment industry who have given us light through a year of dark times.