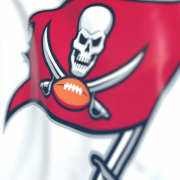 After spending almost 37 years incarcerated for a crime he did not commit, Florida man Robert DuBoise naturally encountered a few issues while trying to reintegrate himself back into society. When three Tampa Bay Buccaneers players heard his story, they were compelled to lend their hands in DuBoise’s reintroduction to free life, contributing financially and emotionally to his road to recovery.

On November 23, Robert DuBoise, having spent over half his life locked up, attended his ever first football game as he watched the Rams visit Raymond James Stadium as a special guest of the Tampa Bay Buccaneers. Despite the Bucs losing the game, DuBoise was enjoying the opportunity that had been afforded to him to once again be a normal member of society.

“The most shocking thing for me after talking to him was his appreciation,” Bucs guard Ali Marpet said. “I think it would be totally justified for him to be pissed off. And the most surprising thing for me is his gratitude for freedom.”

“There’s not much you can tell a guy who’s been done so wrong,” Marpet’s teammate Alex Cappa said. “There’s so little that we can do for him. So, it felt good to at least give him something to hopefully get him going a little bit.”

The first connection between DuBoise and the Buccaneer players was a Zoom call. Lasting thirty minutes, the call consisted of DuBoise sharing his heartbreaking life story and the trials and tribulations he has faced since being wrongly convicted of murder almost forty years ago.

“I tried to answer all their questions the best I could,” DuBoise said. “I was just touched by their caring. I was touched by the fact that they cared enough to get involved just because they read the story.

“I had been waiting for the day for nearly 37 years. I always knew that DNA would prove my innocence and hoped that the evidence could be found not just for me, but for my family as well. I hope that my story helps others to keep fighting to prove their innocence. I can’t get back the decades that I lost, but I’m going to try to rebuild my life with my family. It won’t be easy. I am just so grateful that my voice was heard and the truth is out there,” said DuBoise.

Initially, DuBoise was sentenced to execution and spent years on Death Row, sharing a floor with Ted Bundy at one point. DuBoise naturally spent a large portion of his waking hours on contacting officials and trying to prove his innocence, a notion that was rejected by various panels and boards repeatedly.

DuBoise also spent his time locked up learning a plethora of practical skills in order to find work both in prison and after his release. Between Marpet, Cappa, Smith and a team match, the Bucs raised $25,000 to give to DuBoise to help him find his feet once again. The money was used to help DuBoise with his goal of finding odd jobs to be able to support himself properly.

“Without it, I could do none of it,” DuBoise said. “I couldn’t go to work. I couldn’t have the tools in it. I got all the tools I need in the truck, and I can go anywhere. And when I get to a house, I have everything I need already.”

DuBoise’s efforts to prove his own innocence fell on deaf ears until he heard about the Innocence Project, a non-profit dedicated to exonerating the falsely convicted. Innocence Project attorney Susan Friedman took on the case and with the help of DNA evidence and going through the old case and investigations, the organization was able to work with the authorities to get DuBoise’s conviction overturned.

“Robert is the same person he was when he was incarcerated,” Friedman said. “He is good-hearted. He is mindful of others. He cares about others. Every time I talk to him and I ask him what he’s done that day, he tells me that he was out at a neighbor’s house, helping them fix something, or that there was a mother with two kids who needed her air conditioning fixed and he was working on that for her. He wants to help other people. That’s the way he was when he was in prison.”

“Right now, our country and the world is experiencing COVID, and everyone’s dealing with their own hardships every day,” she said. “And they’re looking for reasons to hold on and stories that inspire them to hold on. And Robert is that living example of someone who held on through what is arguably one of the most trying and painful things someone can experience — wrongful conviction and incarceration. And he kept fighting for 40 years every day. People are inspired by that.”