Blog - Latest News
You are here: Home1 / News2 / Technology News3 / Mass Testing Begins To Rollout Across The UK But How Does it Help? 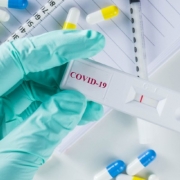 One of the UK government’s latest plans to combat the COVID-19 pandemic was to instate mass testing. The scheme, which has already been piloted in the English city of Liverpool, will now be rolled out across other areas of the United Kingdom according to the UK Health Secretary.

The idea of mass testing to fight against the spread of coronavirus has already been introduced in other countries. The BBC reported, ‘China aimed to test the entire 11 million population of Wuhan, after six new cases in May, Slovakia wants to test everyone over the age of 10 in the whole country, Luxembourg started a program to test its entire population in the spring.’

Currently, in most areas of the UK, individuals can access a coronavirus test if they are displaying symptoms of the condition, such as a high temperature, new or continuous cough or loss of taste or smell. Under mass testing conditions, members of the public can go to a designated testing area and access a test whether they are displaying symptoms of SARS-CoV-2 or not. By mass testing, all individuals can be tested for the virus, meaning that, those who are asymptomatic or not yet displaying symptoms and therefore unaware that they have caught COVID-19 can be identified and asked to isolate.

Regular mass testing can be extremely helpful in controlling a pandemic, in some cases stopping the spread in its tracks. It can also be targeted, offered in places such as hospitals or care homes to prevent outbreaks, in public areas such as universities and schools to allow them to stay open and they could also be used prior to mass gatherings to help prevent the virus from spreading in crowds.

The UK government began by trialing its mass testing program in the city of Liverpool. At the time of writing this article, in mid-November 2020, over 23,000 people had been tested in a population of half a million. 154 people had received positive results. The scheme has evidently proved successful to the UK government, who are now planning to roll it out to 67 more areas in England, including areas which are struggling with a high number of cases. According to sources, there are talks of tests being given to University students, before they return home safely for Christmas. Schools in Liverpool are already being tested. Currently, the UK is under a nationwide lockdown and have been asked to stay inside their homes but for a few exceptions, in order to control a high rise in cases.

Testing will not only have to cover a mass number of individuals, but have to be regular in order to control the spread of the virus. Healthcare workers, working for the National Health Service in England, who are at the forefront of the fight against the virus, will apparently be tested twice a week. A routine that is already occurring in more high-risk areas.

In September, when outlining the plan, Prime Minister Boris Johnson said that he hoped that mass testing would control the virus in the UK by spring 2021, and allow those who had tested positive to be able to return to a semi-normal life. According to the BBC: ‘The Department of Health and Social Care said it was sending 600,000 of the rapid tests out to directors of public health in 67 areas as part of plans to expand asymptomatic testing for Covid-19. Mr. Hancock said they would be used to test 10% of an area’s community each week. Overall, 70 areas will have the new tests.’

In order for mass testing to be effective whilst also allowing for people to continue with their lives, fast testing is important. Some tests that are offered, need to be sent off to a lab for examination and take up to a day or longer to produce a result. Many of these laboratory tests are currently being used across England for those who are showing symptoms of the virus, these types of tests are seen as the most effective in preventing COVID-19.

However, in the Liverpool mass testing pilot, and for other upcoming mass testing areas, both a PCR (polymerase chain reaction) test and a lateral flow test are being used. The PCR test, needs to be sent off to a laboratory, taking a day or two for results but is seen as the ‘gold standard’ for epidemiologists. However, the lateral flow test is a rapid test, allowing for the virus to be controlled more quickly. It provides results in a pregnancy test like format in around 20-30 minutes and involves taking a swab from the nose or throat. Although the rapid tests are not generally as accurate as other tests and can provide false negatives, their ability to quickly identify some infected persons is seen as helpful to the fight against the coronavirus pandemic. Although many scientists believe that these rapid tests should be backed up with longer lab tests in order to safeguard against more false positives.

What Do Scientists Need To Know About The Pfizer Vaccine Before it Can Be A...

Millions Expected To Spread Covid-19 This Thanksgiving
Scroll to top