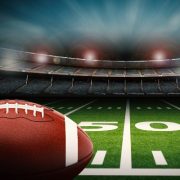 During the second quarter of NBC’s broadcast of the game, 61-year-old announcer Collinsworth and broadcast partner Mike Tirico were talking about meeting with Steelers fans in Pittsburgh earlier in the day. “Everybody’s a fan. In particular, the ladies that I met. They have really specific questions about the game, and I’m like, ‘Wow,’” Collinsworth said. “You’re just blown away by how strong the fans are here in this town.”

Collinsworth faced immediate backlash on social media for his comments with particular attention paid to the fact that he said he was “blown away” by the “specific questions” female fans had about football. He later issued an apology for the comments that he made.

“Today on our broadcast I made reference to a couple of women I met in Pittsburgh who so impressed me with their football knowledge that I wanted to tell their story on the air,” Collinsworth wrote. “I know the way I phrased it insulted many. I’m so sorry. What I intended as a compliment to the fans of Pittsburgh, became an insult. I’m sick about insulting any fan, but especially female fans and journalists.”

The former NFL wide receiver has previously worked closely with many eminent female NFL journalists, such as Michele Tafoya and Andrea Kremer. He acknowledged the sexism that is still present within sports. “I know firsthand how much harder they have to work than any of us in this industry. I was wrong and deeply apologize.”

However, this is the second time this season in which Collinsworth has come under fire for questionable comments he has made during a broadcast. During NBC’s broadcast of the Philadelphia Eagles San Francisco 49ers games back in October, the polarizing figure seemingly joked with fellow broadcaster Al Michaels about having to wear a mask on set, as required by Santa Clara County protocol.

It is still uncertain whether NBC will discipline Collinsworth over the comments he made on Wednesday.

If he is not to face any punishment, his next broadcast is set to be on Monday Night Football where the Denver Broncos face the Kansas City Chiefs at Arrowhead Stadium. The Broncos have failed to register a win against the Chiefs in 10 straight games since Week 2 of the 2015 season.

The Broncos had to play their last game against the Saints without any eligible quarterbacks, a game in which they were defeated 31-3. Drew Lock and his fellow quarterbacks were deemed to have broken NFL Covid-19 protocols which meant practice squad receiver Kendall Hinton was used as the Broncos’ primary quarterback.

“Watching it, it was a gut-wrenching feeling the whole time. It was tough,” said Lock. “It wasn’t something I enjoyed. I’d much rather be out on the field helping my team out. It hurt my heart, hurt my soul, and it’s just time to move on and get out there and get to Kansas City.”

Drew Lock will be back for Monday’s game in Kansas City where he will square off against Patrick Mahomes who is on the back of yet another impressive performance against the Buccaneers. The 25-year-old star quarterback for the Chiefs threw for 462 yards and three touchdowns in their 27-24 win in Tampa.

“Mahomes is special, not just this year — ever since he’s taken over the starting job in Kansas City, he’s had a phenomenal short career,” Broncos coach Vic Fangio said. “He’s just really a great, great quarterback, and he especially excels in their system. He’s really good at operating their system.”

Mahomes has a host of star players ahead of him, all competing for touches and yards. Tyreek Hill has been in fantastic form of late for the Chiefs and was able to secure 13 of 15 targets for 269 yards and three touchdowns on Sunday against the Bucs. Along with receivers Mecole Hardman and Demarcus Robinson, Sammy Watkins has recently returned from a hamstring injury to bolster their cohort further.

“The guys believe in me just as much as I believe in him. You have to have that if you want to win these football teams against these great opponents,” Mahomes said. “You have to have total confidence in each other to know we’re going to give whatever we have in order to win the game, no matter what that is.”

Planning and Pulling Off A ‘Low Waste’ Christmas Dinner