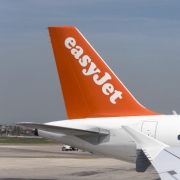 The positive news regarding the latest potential coronavirus vaccine has already seen its first ‘success story’ after the news that British budget airline easyJet saw their bookings increase by 50 per cent in the days following the Pfizer vaccine’s announcement, a massive glimmer of positivity after the news the day before that the airline had announced they had recorded a £1.27 billion ($1.68 billion) annual loss, a first since the company was founded in 1995.

easyJet’s CEO Johan Lundgren has confirmed that he has already written to the country’s prime minister Boris Johnson, offering assistance to distribute the vaccine, saying that as the airline has the biggest fleet of aircraft in the country – alongside around 4,000 staff to assist with distribution – he believes Boris Johnson should take advantage of his offer.

Furthermore, after the news from Pfizer that the vaccine has proved 90% effective, Lundgren announced demand for their flights had increased significantly, a move that will be a much needed help for their ailing finances, rocked due to the devastating effect that the pandemic, and subsequent travel restrictions, have had not just on easyJet but the entire travel and aviation industry. Airlines around the world are continuing to struggle to stay in business with many more declaring bankruptcy with the blame firmly at the doors of the pandemic.

With travel both domestically and throughout Europe remaining at an all time low for more than eight months, easyJet has been forced to look at other ways to recoup some of their expenses in an attempt to stay afloat. This has included asking shareholders for money, selling some of their fleet and getting further into debt.

However the positive news is still “early days” and while the boost in bookings was gratefully received Lundgren was insistent that the industry was still unsure when travel would start moving forward again saying, “there is no visibility really beyond the quarter, because this is all down to the travel restrictions.”

This statement is in contrast to their biggest competitor Ryanair who have already announced they believe that next summer will see a return to 75-80% of pre-pandemic traffic.

The news of the Pfizer vaccine not only increased easyJet’s bookings by 50 per cent but it also saw the airline’s shares increase by 45% with figures still increasing after the Moderna vaccine announcement.

However, there are still concerns that if bookings do not increase soon the airline may still have to find extra investment or equity, potentially forcing the company deeper into debt.

The airline has already taken a loan worth £600 million ($794 million) from the UK government due to Covid-19 and have now agreed an extension allowing them to pay back around half of the debt over a longer period of time, a move Lundgren is hoping will give investors the guarantee they need that the company is continuing to stay strong, despite the challenges thrown their way.

Speaking on a radio show after the news was released Lundgren confirmed “we think we’re in a good position… at this moment in time”. However he also stated that the airline would be continuing to review their finances and operating procedures as the restrictions continued to change.

Talking about the vaccine news Lundgren said that the airline believed it “certainly is good news, because we know that is going to be a very critical part of the recovery.”

“We know that people want to travel. On the news of the vaccine last Monday, bookings were up close to 50%, so it just gives evidence to the fact that any good news that comes out of here makes people more confident making bookings going forward.”

Currently the quarterly cash burn, one of the ways that investors keep note of as they decide whether costs have decreased, has improved to £651 million ($861 million) from the previous quarter which was £774 million ($1024 million).

And with flights for the rest of the year at only 20 per cent capacity, due to the current lockdowns in France, Germany and England, Lundgren is keen for testing to be boosted in an attempt to reduce the quarantine times countries are currently requiring travelers to adhere to.

The move would be welcome not just for easyJet but all airlines as there is still a high demand for air travel once restrictions are eased. Restrictions have been in place in one form or another since March in the UK and the airline, alongside many others, had to ground their entire fleet for nearly three months. Although the summer months saw some much needed funds come in the subsequent restrictions implemented in September saw the demand drop once more.

Trump Talked Out of Attack on Iran