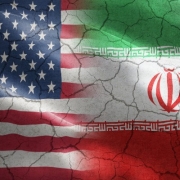 Reports have come out of the White House stating that President Donald Trump has been looking into his “options” for attacking the nuclear facilities belonging to Iran.

According to the report, the request was raised in the Oval Office and Trump had to be dissuaded of any action by senior administration officials.

The report also claims that Trump had to be warned that such action could result in a rise in the tensions between the two countries, with secretary of state Mike Pompeo and vice president – as well as several other employees – having to convince Trump that such an attack would be ill-advised.

According to a report by the New York Times, “A range of senior advisers dissuaded the president from moving ahead with a military strike.”

It is believed that Trump had raised the idea following a report from the International Atomic Energy Agency that Iran’s collection of nuclear material had increased significantly.

The international inspectors’ report stated that the stockpile of uranium at Natanz was more than 12 times bigger than what had been allowed under a nuclear agreement that Trump had effectively suspended in 2018.

According to the paper, after hearing the news Trump spoke to his advisors asking what the different choices were for responding. Trump was then informed of the different risks that any retaliatory military action could lead to and the advisors “left the meeting believing a missile attack inside Iran was off the table,” however they admitted that Trump could still decide to take military action against Iran, their assets or even their allies.

The report into Iran clearly shows that the low-enriched uranium, totaling over 5,385 pounds, could be used to make two nuclear missiles. However the material is not yet ‘bomb-making quality’ and so would take several months of cultivating to bring it up to the necessary standards, meaning the country would not have any nuclear weapons means until spring of 2021 at the earliest.

A 2015 international deal with Iran was virtually canceled after Trump removed America from the agreement in 2018. The agreement had been reached and would have seen Iran reduce their alleged efforts at creating a nuclear weapon, however since the withdrawal by Trump the efforts have increased despite the other international partners in the deal – the United Kingdom, Germany, China, Russia and France – all trying to repair the damage and keep the deal on track.

However during Trump’s failed recent presidential campaign he had continued to claim that if he were voted back to the White House he knew he would be receiving a call from Tehran asking for a new deal.

With the campaign won by presidential-elect Joe Biden what happens next is unclear. During his election campaign Biden had said that he would be happy to renegotiate the Iran nuclear deal however he also stipulated that Iran would have to agree to set limitations.

This could prove extremely difficult if Trump does eventually launch any form of attack on Iran during his last few months in power, something the White House is seemingly having to continue to discourage.

However, the U.S. special representative for Iran confirmed that Biden would continue the sanctions on Iran once he takes over as president, a move that could go against Biden’s attempts to renegotiate the deal.

Currently there are sanctions against Iran due to human rights violations as well as their ballistic missile program and Elliot Abrams has insisted that these will continue under Biden’s tenure.

Speaking to The Associated Press, Abrams said, “Even if you went back to the (deal) and even if the Iranians were willing to return… this newly enriched uranium, you would not have solved these really fundamental questions of whether Iran is going to be permitted to violate long-term commitments it has made to the world community.”

It has also been confirmed that construction has commenced at Natanz following a July fire and explosion at the site, a move that had been described as “sabotage”.

The construction, which has been described by Abrams as “another Iranian challenge” to the International Atomic Energy agency, the U.N. agency that still has permission from Iran to monitor the country’s nuclear sites. Iran has also been slated by Abrams for the amount of time it took in allowing the IAEA to investigate a site on the outskirts of Tehran that had man-made uranium particles detected.

However Iran has always insisted that they had a nuclear program purely for ‘peaceful purposes’, a statement that the IAEA has denounced saying the country “carried out activities relevant to the development of a nuclear explosive device.”