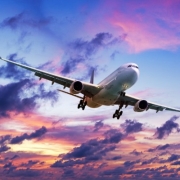 Many countries are looking or have begun to open up their countries for tourism, however, many are limiting travel between a select number of countries. Normally this correlates with the level of coronavirus outbreak in said area. For example, when Brazil and the UK developed new strains of the virus, many countries banned travel to and from those areas in an attempt to prevent further spread. New Zealand and Australia will now open a ‘Trans-Tasman’ travel bubble between the two nations.

New Zealand and Australia have spent nearly a year with their borders closed to the world in a response to the COVID-19 pandemic. Australia, previously allowed New Zealanders to arrive without going into quarantine, however New Zealand enforced a strict two-week quarantine approach to Australian travelers upon arrival. Both countries will now allow tourists from the other to enter without enforced quarantine. This quarantine-free travel forms what is dubbed as a ‘travel bubble’ between the two nations, and will begin on the 19th of April 2021.

New Zealand’s strict border restrictions will remain in place for other countries.

The travel bubble has been planned for some time but was delayed due to outbreaks of the virus in either country. However, now it has been set in motion, Jacinda Ardern, New Zealand’s prime minster described the arrangement as “world leading”, stating at a press conference that, “this is an exciting day. The trans-Tasman bubble represents the start of a new chapter in our Covid response and recovery – one that people have worked so hard for.”

Previously, New Zealand’s response to the coronavirus pandemic has been hailed. Even marked as best in the world, on Bloomberg’s market crisis management index, for political stability, the economic recovery, virus control and social resilience in October 2020. Australia too has been commended, ITV reporting that ‘both countries have been hailed as success stories after stamping out the spread of the virus, with fewer than 1,000 deaths from the virus between them.’

It is no wonder therefore, that both countries are now able to allow a travel bubble for those looking to venture outside of their home country for a vacation. Ms. Arden said: “The bubble will give our economic recovery a boost and represents a world-leading arrangement of safely opening up international travel while continuing to pursue a strategy of elimination and keeping the virus out.”

Travelers have been warned to still be cautious and prepared when it comes to travelling to either countries, as outbreaks could occur at any time. Arden cautioned that “People will need to plan for the possibility of having travel disrupted if there is an outbreak.” This will apply both nationally and locally, for example, if one area of Australia has an outbreak, flights to and from that area will be temporarily suspended.

According to the Independent, whilst no quarantine restrictions will apply in either direction: ‘Passengers and crew will be allowed on flights between Australia and New Zealand only if they have not travelled recently to other countries. They will use special channels at airports to keep them separate from other international arrivals… Qantas, the main Australian airline, and its budget offshoot, will fly around 17 flights a day between Australia and NZ from 19 April. This compares with around 21 daily departures in 2019.’

Travel will still not be as free as it was pre-COVID-19, travelers would not be allowed to travel with cold or flu-like symptoms or who were awaiting a COVID-19 test result. There will also be several random temperature checks at the airport in order to safeguard against transporting COVID-19 to either country.

Many Australians have holiday homes or family in New Zealand and vice versa, both countries being a popular destination for tourists from the other. Arden estimated that this move could restore tourism to 80 percent of the 2019 levels seen before the COVID-19 outbreak, however, she also stated: “we simply don’t know how many travelers in the early days will take up the opportunity.”

According to The Guardian: ‘Australia’s prime minister, Scott Morrison, applauded Ardern’s announcement while airlines in both countries hurriedly advertised hundreds of weekly flights and routes. However, tourism operators warned the benefits would be muted in the short term, as the first passengers would likely be low-spending travelers visiting family.’

Adding: ‘More than 600,000 New Zealanders live in Australia, and many families straddle the border. “One sacrifice that has been particularly hard for many to bear over the past year has been the separation from friends and family who live in Australia, so today’s announcement will be a great relief for many,” Ardern said. “This is the next chapter.”’