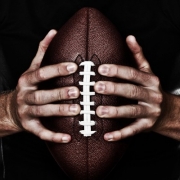 Seattle Seahawks veteran tight end Greg Olsen’s season is in doubt after the 35-year-old was escorted off the pitch during the team’s 28-21 Thursday Night Football victory over NFC West rivals Arizona Cardinals. Tests have since revealed that Olsen has suffered a ruptured plantar fascia, meaning that he will miss around two months and potentially the rest of the Seahawks’ season.

Olsen pulled up with the non-contact foot injury in the early stages of the final quarter in Thursday’s matchup with the Cardinals. The experienced tight end then limped off the field with the help of a couple of assistants and was evaluated briefly in the medical tent before heading to the locker room.

“It’s a little early, but he has a fascia tear injury that he has had before in his other foot,” Seahawks head coach Pete Carroll explained after the game. “He knows exactly what it is, and sometimes when it ruptures like it did, we think, it’s the best thing for a quick recovery. So we’ll see what happens and wish him the best and hopefully he can make it back. The fact that he’s already had this before really helps him understand what’s coming up.”

“I don’t know (if Olsen will make it back this season) yet,” Carroll said. “There’s been some marvelous returns for guys who do rupture their fascia that would blow you away. Here right now, he’s really in a lot of discomfort and all that, but we’ll see what happens. I can’t tell you more than that, that’s why it’s a little early to be talking about it.”

Head coach Carroll is optimistic for an Olsen return to the side this year despite the severity of the injury as it is one the player has faced before. However, it could take a deep Seahawks playoff run if we are to see Olsen on the field of play again before the season is over. If Olsen is unable to return in time, or the Seahawks’ season ends prematurely, Thursday night may have been the last time NFL fans got to see Olsen taking the field.

The former Panther is 35 now and even before the start of the 2020 season there were rumours that he would retire from playing and take a role in the Fox broadcasting team. It remains to be seen whether Olsen has the desire to continue playing once he recovers from this injury, and whether or not he will be a desirable enough asset to continue being paid by an NFL team.

Olsen was not the only casualty for the Seahawks on Thursday as an already injury-ravaged backfield suffered further losses. Recently elevated from the practice squad, running back Bo Scarbrough had 31 yards rushing on 6 attempts in his debut before leaving the game in the fourth quarter after landing awkwardly following a rushing attempt. Starting right tackle Brandon Shell also left the game in the fourth quarter after injuring his ankle.

“We’re getting stronger, if this works out right,” Carroll continued. “We could be really healthy going down the stretch here.”

It was not all bad news for the Seahawks on Thursday night however, as the team came up with a clutch win over division rivals to halt a two-game losing streak. Defensive end Carlos Dunlap made the game-sealing play, a sack on Kyler Murray on fourth-and-10 with less than a minute left on the clock. The former Bengals pass rusher glided past right tackle Kelvin Beachum before grabbing Murray with two hands and slinging him to the floor to send the Seahawks players and staff into fits of celebration.

“They brought me here to do one job. I would like to say that I was happy to get it done,” Dunlap said, via Seattle P-I. “This is just a start. I still got a full story to write. I still got to prove a point and show up when called upon. This is something that I personally see myself being able to do for years to come, and I hope that you got a taste of it today, and there’s going to be more games to play. I just have to continue to show up. This is what they brought me here for. I’m just happy I could deliver.”

Dunlap was traded to the Seahawks this year after spending his first 11 seasons in the NFL with the Cincinnati Bengals. The 31-year-old saw his playing time diminish in Cincinnati but his strong play has continued through his move to Seattle and the defensive end finished with two sacks, three QB hits, and four tackles in an impressive Thursday Night Football display.