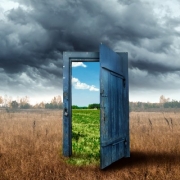 Jeff Bezos, the Amazon mogul has recently been under viral public scrutiny for the sheer amount of wealth he has accumulated over the course of his career. He is currently the richest man in the world, estimated to be worth $183 billion. In February 2020, Bezos announced his new Bezos Earth Fund, an initiative that would support scientists, activists, non-profits and those who had a good idea to fight climate change. He committed $10 billion dollars to the effort, issuing grants to various organizations in the summer. Prior to this, Bezos’s company, Amazon, announced its Climate Pledge to be carbon zero by 2040.

Accompanied with a picture of the Earth from space, in the initial announcement, he stated on Instagram, ‘Climate change is the biggest threat to our planet. I want to work alongside others to amplify known wats and to explore new ways of fighting the devastating impact of climate change on this planet we all share. This global initiative will fund scientists, activists, NGOs – any effort that offers a real possibility to help preserve and protect the natural world. We can save Earth. It’s going to take collective action from big companies, small companies, nation states, global organizations, and individuals. I’m committing $10 billion to start and will begin issuing grants this summer. Earth is the one thing we all have in common. Let’s protect it, together.’

On Monday 16th of November 2020, Bezos announced the 16 organisations fighting against climate change, that he has given a total of $791 million too. These are the first donations in his overall $10 billion-dollar pledge within the Bezos Earth Fund and thus far represent 7% of the overall commitment.

In his social media announcement, he stated: “I’ve spent the past several months learning from a group of incredibly smart people who’ve made it their life’s work to fight climate change and its impact on communities around the world,” Bezos wrote in his Instagram post. “Today, I’m pleased to announce the first Bezos Earth Fund recipients—16 organizations working on innovative, ambitious and needle-moving solutions…’

Forbes reported that the biggest donations include the World Wildlife Fund, whose $100 million will focus on three nature-based solutions: ‘protecting and restoring mangroves in Colombia, Fiji, Madagascar and Mexico; scaling sustainable seaweed farming in the North Atlantic; and restoring and protecting forests and other ecosystems in the Amazon, Africa and Central America.’ The Environmental Defense Fund will use its $100 million to complete and launch the MethaneSAT satellite, which monitors and locates sources of methane pollution. The data will be accessible to the public to both instigate accountability and drive large reductions in pollution. The ClimateWorks Foundation’s $50 million will go towards addressing greenhouse-gas emissions in the transportation and industrial sectors, which combined, generate approximately half of global-greenhouse gas emissions.

A spokesperson for Bezos’s Earth Fund told The Atlantic “this list does not reflect the complete range of organizations that the Earth Fund has been speaking with and that will be receiving grants from the fund in this initial round—stay tuned” The Atlantic also noted how some of Bezos’ choice of organizations could be seen as representing an older generation of, and perhaps outdated approach to, climate change – the organizations mostly provide pollution-centric solutions. Journalist Robinson Meyer suggests that climate change needs to be viewed more diversely, opening up to new ideas an approaches and seen as an economic problem rather than just environmental.

Bezos is not the first billionaire to donate to climate change initiatives as more and more companies are looking to invest in climate-friendly industries. Renewable energy is looking to be a worthwhile investment as CNBC reported: ‘This year will post the highest-ever share of newly built generation capacity for renewables, according to the IEA’s annual outlook released earlier this month. As oil, gas and coal all decline, 200 gigawatts of renewable power will be added in 2020, led by China and the U.S., and the IEA estimates that renewables will represent close to 90% of all new power capacity.’