Blog - Latest News
You are here: Home1 / Around The Web2 / Business3 / Skills Inc. Lays Off Workers As Supplier For Boeing 737 Max 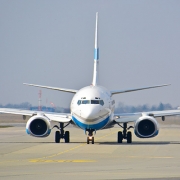 Numerous employees at Skills Inc, an Auburn, Washington-based supplier for Boeing, have been laid off, furloughed, or had hours cut, current and former employees told Business Insider. It’s the latest in the fallout from Boeing’s decision to suspend production of the troubled 737 Max airplane.

Skills, Inc is an aerospace manufacturer and supplier, and is among about 600 companies that builds components for the Boeing 737 Max. Unlike similar companies, however, Skills is a nonprofit.

The company, which describes itself as a “business with a social mission,” is a “self-supporting nonprofit social enterprise” that offers training and employment for people with disabilities.

Skills has about 600 employees, according to its website, and says that 60% of workers have a self-identified disability. The company describes itself as “a fully integrated work environment where individuals with and without disabilities work side-by-side throughout our four lines of business.”

In a termination letter sent to some affected employees, and seen by Business Insider, Skills Inc.’s CEO Todd Dunnington said that the company’s staffing imbalance, which was caused by “reduced production rates at our largest customer,” was initially expected to be short-term but is now “forecasted to last for an unknown amount of time.”

Several employees confirmed to Business Insider that they had been told the layoffs were due to reduced demand by Boeing.

The recent layoffs and work reductions are the latest rounds, following earlier reductions in 2019 due to reduced 737 Max production, a current employee, who asked to remain nameless, told Business Insider.

Workers at the company were left blindsided and scrambling, but while they were unhappy about the situation, most of the employees Business Insider spoke with had only positive things to say about Skills.

“I simply hope to hear from my Skills supervisor before my savings and food run out,” one employee, who had been laid off, told Business Insider. “I am more fortunate than many in that I have family and friends in Seattle who will make sure I do not end up homeless.” The employee, who suffers from a chronic illness affecting their vision, dexterity, and cognitive and memory abilities, asked to not be named in this story.

“I’m so sad,” another employee, who was near retirement age and was laid off, told Business Insider. “I wasn’t ready to be put out to pasture.”

Representatives at Skills Inc. did not reply to repeated requests for comment and attempts to connect. Boeing did not respond to a request for comment.

The total number of affected employees was not immediately clear.

Boeing announced in December that it would temporarily suspend 737 Max assembly and acceptance of supplier components starting this month. The 737 Max has been grounded worldwide since the March, 2019 crash of Ethiopian Airlines Flight 302, the second fatal crash within five months. A total of 346 people were killed between the two crashes of the jet, the latest model of Boeing’s workhorse 737 narrow-body.

Boeing reduced production of the Max from 52 to 42 units per month as of April 2019, but it had otherwise maintained production throughout the grounding. However, it has been unable to deliver completed planes to customers during the grounding, leading to a pileup of about 400 completed planes at its facilities, stretching its storage capabilities.

While announcing the production suspension, Boeing said that it had no plans to lay off or furlough any of the 12,000 employees at the facility that assembles the 737 Max, instead temporarily reassigning workers to other tasks or teams.

California And 19 Other States Filed A Lawsuit Over Rules Governing 3D-Printed...
Scroll to top