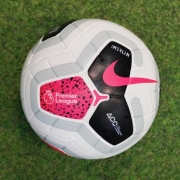 Welsh soccer star Gareth Bale has returned to English Premier League side Tottenham Hotspur on a season-long loan. The 31-year-old joined Spanish giants Real Madrid for a world record fee six years ago but has recently found himself out of favor with manager Zinedine Zidane.

Bale played a key part in winning four Champions League titles during his time in the Spanish capital and picked up two La Liga winners medals but his relationship with Zidane has become strained in recent times and the forward only made 20 appearances last season.

Additionally, the relationship between Bale and the Spanish media has soured in the last couple of years and even some Real fans have been quick to show disrespect and put down Bale for his perceived lack of motivation to play for the side.

“No I don’t have any regrets, no,” Bale told Sky Sports. “I just try and play football, that’s all I can do and everything else that’s said externally is out of my control.

“As I said, I have no regrets of what I’ve done, whatever anyone else has said, that’s up to them. I know my opinion of myself and my family know exactly what I am, so that’s all I’m worried about

“Obviously going into a different culture, a different country, I’ve had to grow up as a person, never mind a footballer.

“You just learn how to deal with the situations that you’re in. Obviously I’ve been in immense pressure situations. I’ve had people on the pitch whistling in the stadium to me.”

Decorated manager Jose Mourinho took over the Tottenham job in November and steered them to a steady sixth-placed finish after a poor start to the season saw previous head coach Mauricio Pochettino fired.

With the capture of Bale and other potential marquee signings in the pipeline, Spurs and Mourinho will be hoping to propel themselves to a top four finish in the EPL this season and with it gain Champions League qualification and the financial rewards the competition brings.

Fans would have been dejected after a home defeat in the opener against Everton and a poor first half performance against Southampton last week that saw them a goal down at half time, but the North London side fought back strongly in that game to win 5-2 to give them some much-needed confidence ahead of this weekend’s match with Newcastle.

“So yeah I’ve just learned how to deal with those type of things, to not take it too seriously, take it too much to heart, and yeah just get on with it. It’s football – something that you love doing and you just need to give your best and sometimes that’s all you can do,” the Welshman continued.

“Of course when you come into any club you want to do well, you want to help the team as much as you can,” he said.

“We have a great team here now with a great squad. They’ve been doing great. Obviously in the time that I’ve gone away they’ve gone on and on and obviously reached the Champions League final, the club’s got a new stadium, the club itself is better, they’re doing better in the Premier League every year.

“So I just want to add to that. I want to try and bring a bit more to the team and try and progress even more and keep pushing in the right direction.”

After emerging on the scene as a promising but lightweight left-back for Southampton as a youngster, Bale was snapped up by Tottenham for an eventual fee of £7 million in 2007. A change in attitude and playing style resulted in Bale quickly being moved up the pitch for the Spurs side and the Cardiff-born player rose to international attention in 2010 with a couple of superb Champions League performances.

Bale had improved almost every facet of his game and had clearly spent a lot of time in the gym. Goalscoring success came in abundance both domestically and on the continent and it was soon clear that Bale had risen beyond the heights of Tottenham. Six years ago, Real Madrid came knocking and prised Spurs’ prized possession out of their hands for a then-world record fee of $85 million.

Bale enjoyed plenty of success in his early years playing in the Spanish capital but Zidane never really warmed to him and phased the forward out of his side, causing rifts and arguments between the club, Bale, Spanish media and even fans.

“Just playing. I think putting that Spurs shirt on again,” Bale said once asked what he is looking forward to most about the move
“Obviously it’s disappointing that the fans aren’t going to be there at the stadium for my first game back because I feel like the reception would have been incredible but just looking forward to playing football, playing with the team, doing as well as I can, helping the team and having a great season collectively.

Tips To Improve Wellbeing Levels To See The Year Through