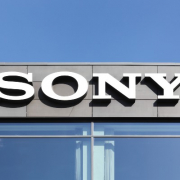 AT&T are aiming to unload assets and pay debt down. Debt has accumulated for the US telecommunications giant after the $85 billion accession of Time Warner in 2018, and the sale will also allow them to focus on developing their streaming service, HBO Max, in order to compete with rivals Netflix.

The monetary transaction is subject to regulatory approval, as well other conditions, the companies said in a joint statement on Wednesday. The deal involving Sony’s Funimation Global Group also concludes with an auction. After a review of its assets, AT&T will look to sell its satellite division DirectTV.

The deal to sell Crunchyroll is a part of an overhaul by WarnerMedia, the business AT&T acquired for $85 billion in 2018. The firm began looking at the sale of the operation over the past year as part of restructuring.

After John Stankey took over as CEO in June, AT&T have been looking to monetize its non-core assets in order to help raise funds as well as allow for prioritization on WarnerMedia, particularly content creation and gaming. The American conglomerate believed that its anime streaming service was too niche for the wider audience, an audience which HBO Max is trying to pursue, despite Crunchyroll having a loyal fan base among anime fans.

Crunchyroll is able to offer an anime streaming service to over 3 million subscribers from more than 200 countries and regions, now allowing Sony to compete more globally with streaming service giants Netflix. 90 million global users are also able to utilize the service through other media and products such as mobile games and merchandise.

“We are excited to embark on this new journey,” said Joanne Waage, general manager of Crunchyroll, in a statement. “Crunchyroll has built a world-class brand with a passionate fan-base of over 3 million subscribers, 50 million social followers and 90 million registered users. These amazing fans have helped to propel anime into a global phenomenon. Combining the strength of the Crunchyroll brand and the expertise of our global team with Funimation is an exciting prospect and a win for the incredible art form of anime.”

“The union of Funimation and Crunchyroll is a win for anime fans around the world that will elevate the art and culture of this medium for decades to come,” Colin Decker, CEO of Funimation Global Group, said in a statement. “Combining these two great companies will be a win for fans and enable us to compete at a truly global scale. I am honored to welcome the wonderful Crunchyroll team to a shared mission—to help everyone belong to the extraordinary world of anime.”

“The Crunchyroll team has done an extraordinary job of not only growing the Crunchyroll brand but also building a passionate community of anime fans. Crunchyroll’s success is a direct result of the company’s culture and commitment to their fans,” said Tony Goncalves, Chief Revenue Officer, WarnerMedia.

However, Sony is aiming to further the distribution of Crunchyroll, and its content partners, by creating new offerings for anime fans.

From Sony’s viewpoint, the purchase of Crunchyroll is part of an aggressive approach led by its Chief Executive Kenichiro Yoshida to secure its global position as a supplier of content for music, films and games. This will help the company increase recurring revenue streams to combat the unstable market of hardware sales and its cycles. Yoshida is also looking to maximize the synergy between companies’ business divisions. Therefore, Sony’s acquisition of Crunchyroll will make it easier for them to promote its music, and not just anime, since theme songs of the cartoons are frequently carried out by the company’s artists.

“We are proud to bring Crunchyroll into the Sony family. Through Funimation and our terrific partners at Aniplex and Sony Music Entertainment Japan, we have a deep understanding of this global art form and are well-positioned to deliver outstanding content to audiences around the world,” Tony Vinciquerra, chairman and chief executive officer of Sony Pictures Entertainment, said in a statement. “Together with Crunchyroll, we will create the best possible experience for fans and greater opportunity for creators, producers and publishers in Japan and elsewhere.”

In 2017, Sony bought Funimation for around $143 million. The animation business has recently seen an upturn in success after the record-breaking, Japanese animated film, “Demon Slayer” – co-distributed by Sony’s music unit Aniplex. They have also recently bought a $185 million stake in Peanuts, a company that delivered the characters of Snoopy and Charlie Brown. The company has therefore already expanded their activity in animation and content created for children.

Now that Sony owns both Crunchyroll and Funimation, it is taking a large dominance over the anime market in the US. Other companies are still trying to develop their anime content with Netflix also investing large amounts in both licensing and producing its own anime content.