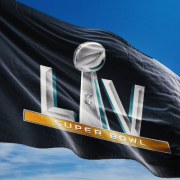 Despite the most challenging year in its history, the NFL has managed to deliver a complete season and the time to look forward to the Super Bowl is upon us again. It will be the first Super Bowl to be played in a team’s home stadium as the Tampa Bay Buccaneers host last year’s champions the Kansas City Chiefs at the Raymond James Stadium.

Last week saw the Chiefs march comfortably to their second straight Super Bowl with a 38-24 routing of Buffalo that saw key playmakers Tyreek Hill and Travis Kelce shine once again. Patrick Mahomes continued his superstar form and meteoric rise to the top of the game with an effortless performance that included 3 touchdown throws and over 300 passing yards.

The Bucs’ Championship matchup was much closer as the Packers took them all the way into the depth of the fourth quarter. The first half saw the Bucs offense excel as they led their team to an 11 point lead at the half but it was the defense that took over in the second, forcing two turnovers and limiting Rodgers in the fourth quarter.

“It’s an amazing achievement for (Arians). I’m so happy for him and the staff he put together with Coach (Todd) Bowles, what Byron (Leftwich) has done, what Keith (Armstong) has done. The whole coaching staff has put us in a great position for us to go out there and do our jobs well,” Brady continued. “It’s taken a lot of different people over the course of the season on offense, defense and special teams to come through and that’s why we’re still playing. … Again, just an incredible journey for all of us (and I’m) just proud to be a part of it.”

With Kansas finishing as top seed in the AFC and earning a first-round playoff bye, the Bucs have played an extra game this postseason, potentially a contributing factor on Feb 7. After finishing second in the NFC South this year with a record of 11-5, the Buccaneers beat Washington, New Orleans and then Green Bay to earn the right to play in the Super Bowl for the first time since they won it in 2002.

“There were times when I never thought it would happen — I never thought I would get a head coaching job. After the cancer scare in Arizona, sitting out that year and coming back — this has been the most rewarding year of coaching in my life,” Bucs head coach Bruce Arians said.

“I couldn’t be happier for our players — they put in so much work — and our coaching staff has done such a great job,” Arians said. “Ownership gave us everything that we’ve needed and I just couldn’t be any more elated for these guys and the job they put in.”

Despite finishing with a record of 14-2, many thought the Chiefs had been playing within themselves this year in the regular season. The same could definitely not have been said this following weekend as Kansas’ playmakers came together to blow past one of the most impressive teams in the league this year.

“We’ve got room to get better — we can improve,” explained Kansas head coach Andy Reid. “We had a couple things that went a little haywacky [Sunday], but we stayed on course and we did a lot of good things — more good things than bad things, but this job’s a little bit like — and I’m talking about players and coaches — like being a farmer.

“The work’s never done. You could always work to get better as a team, so that’s what we’re going to do here the next couple of weeks. We’re playing a heck of a football team in the Buccaneers.”

“Kobe has one of the best mentalities of all time as far as a competitor,” said the quarterback, who had just thrown for 325 yards and three touchdowns while dealing with turf toe. “Going out there and winning championships — not just winning games. I take a lot from that, going out there every single day and not being satisfied with where you’re at.”

“Like I said, the job’s not finished,” repeated Mahomes. “When we went into the season, we weren’t talking about going to the Super Bowl. We were talking about winning it again and we’re trying to run it back. And we mean that — and I’m excited for the opportunity to go out there and play against a great football team and try to do that.”

LeBron James Thinks Having NBA All-Star Game Is ‘A Slap In The Face’ To...