Blog - Latest News
You are here: Home1 / News2 / Travel News3 / Travel Out of The UK Must Be Deemed Essential 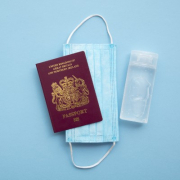 The global COVID-19 pandemic has placed an indefinite hold on much of the tourism industry, thousands of planes have remained grounded throughout prime travel periods as less people have been able to travel due to COVID restrictions. For those countries that allowed travel, some implemented quarantine rules for those entering or leaving the country. Recently the UK government brought into force, a rule that only allowed travelers, whether UK citizens or not, to enter into the UK following a negative COVID-19 result stipulating that the test had to be taken within 72 hours prior to departing, with few exceptions. Now, those travelling out of the UK will have to declare their reason for travel, and prove that it is essential.

The UK government has been criticized for not bringing in travel restrictions sooner. Its ‘travel corridor’ list allowed travel between selected countries without the need for self-isolation. With rising infection rates and a new, more transmissible COVID-19 strain, the government has only this year cracked down on travelling abroad. The new declaration rules ‘comes as a further 1,725 deaths within 28 days of a positive coronavirus test were reported in the UK on Wednesday, as well another 25,308 new infections, according to the government dashboard,’ the BBC reported.

Priti Patel, the Home Secretary said that England’s lockdown rules were “clear [that] people should be staying at home unless they have a valid reason to leave. Going on holiday is not a valid reason.” The new rules would require a prior declaration for why they need to be travel, and this declaration would be “checked by carriers prior to departure”. This would be enforced by increased policing at airports and ports. Patel stated: “anyone who doesn’t have a valid reason for travel will be directed to return home or they will face a fine.”

Police checks at homes will also be increased to ensure those arriving in the UK are complying with self-isolation rules. The implementation of a “red list” will refuse entry to non-UK citizens from certain countries. Those that have been in or travelled through the ‘red listed’ countries will also be refused access to the UK. UK citizens will still retain their rights to re-enter their country but will have to self-isolate for 10 days with or without a negative COVID test. Any of the ‘usual’ travel exemptions to these countries, such as business travel, will be voided. According to Sky News, ‘there are now 33 countries on the “red list”, which also includes all those in South America, as well as large parts of southern Africa and Portugal.’ The red list was implemented due to concerns that the variants such as the South African variant may spread.

Those UK nationals that need to travel into the country, may need to quarantine in government provided accommodation. The government however, has not yet outlined how or when the government’s ‘hotel quarantine’ will come into force, and details are expected to be released soon.

On the new essential travel declaration rule, Priti Patel said: ‘ it was “clear that there are still too many people coming in and out of our country each day” and other border measures would be toughened up to “reduce passenger flow” and protect the UK’s “world-leading” vaccination program,’ the BBC reported. Adding that the list of travel exemptions would be “urgently” reviewed to ensure that “only the most important and with exceptional reasons are included”.

The government’s opposing party, Labour Shadow home secretary Nick Thomas-Symonds said that ‘protecting the UK’s borders was one of the key areas where the government had “fallen short” and he was “deeply concerned” the latest measures were “yet another example of this – too little, too late” He added proposals to limit hotel quarantine to the specific “red list” of countries did “not go anywhere near far enough”, adding the measures left “huge gaps” in the UK’s defenses against emerging variants of the virus,’ the BBC reported.

Any British holidaymakers who try to break the travel ban will be stopped at the border and sent home, or issued £200 fines for breaking Covid Rules. In her announcement to parliament Priti Patel, outlined that the move was to ‘reduce the number of travelling passengers… because people should simply not be travelling’ she called out those who had turned up at St. Pancras International with their skis and social media influencers who were boasting about being in sunnier areas of the world. Patel concluded “going on holiday is not an exemption and people must stay at home.”