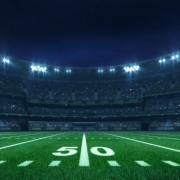 An NFL season unlike any other has culminated the same way it has six times previously. Tom Brady, now 43, earned his seventh Super Bowl victory, two more than any other player in the history of the NFL. This time it was with the Tampa Bay Buccaneers, who became the first team to host, then win, a Super Bowl in their own stadium.

Brady, who left the Patriots after twenty years for Tampa just under 12 months ago, threw for three touchdowns and no interceptions as the Buccaneers dominated Patrick Mahomes and the Chiefs to stop them becoming the first team to win in consecutive years in over a decade.

While the Buccaneers have been building an exciting roster over the last couple of years, it was the addition of perennial winner Brady that lifted them to new heights, aided by successful draft picks and ambitious free agency moves.

Before this season, the Bucs had not reached the postseason since the end of the 2007 season and had only three winning seasons over that span. Following the winning of the Lombardi trophy last weekend, the Bucs now have two Super Bowl championships, one more than the rest of the NFC South combined.

“Hell no, I ain’t going anywhere,” said Buccaneers’ coach Bruce Arians. “I’m coming back trying to get two, and then we’ll see after that.”

“I’m very, very confident,” Arians said after being asked if he thought it would be possible to bring everyone back. “I have all the trust in the world in Jason (Licht) and what he will do. These guys, they have a bond. They’re will be dollars involved, but I think this group is so, so close that sometimes dollars don’t matter. But we’re going to do everything we can to get the dollars right, too, because they earned it.”

The Chiefs were held without a touchdown for the first time in a game that Patrick Mahomes has played as the Bucs showed the rest of the NFL how to beat Andy Reid’s side in a way that simply has not been done over the last couple of years.

Combining their experienced defensive line with energy and youth in the secondary, Todd Bowles and the Tampa defense were able to create pressure on Mahomes throughout the game, never letting him or the Chiefs offense settle.

On the other side of the ball, Brady had plenty of time as offensive co-ordinator Byron Leftwich utilized the run game and the Tristan Wirfs led offensive line to provide the Bucs offense with ample opportunity to push the ball downfield into the arms of the team’s talented receiving corps.

“To go to Washington and get a win there…our team’s first chance at the playoffs was incredible,” said Brady. “Then to go to New Orleans and watch the defense play against a Saints team which really beat us pretty well two teams in the season. Then to go up and play the MVP of the league and watch our defense play they way they did, then again last night was pretty spectacular.

“Offensively we made some great plays when we needed to but it was the ultimate team effort. Ultimate team. As BA said, it’s an amazing team, an amazing group of guys and I’m very blessed to be a part of it.”

With all of the talented players on the Bucs’ roster and the number of impending free agents, it will be difficult for Jason Licht and the front office to bring everyone back and challenge for the sport’s top prize again. However, with Brady and a whole host of young talent, the Bucs are in a great position no matter what happens this offseason.

How Eco-Friendly Home Appliances Can Improve Your Home