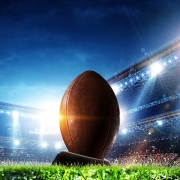 NFL Commissioner Roger Goodell has announced that the league has invited approximately 7,500 vaccinated health care workers to the Super Bowl to ‘thank and honor them for their continued extraordinary service during the pandemic.’

The majority of the invited health care workers, all of whom have already received both doses of the vaccine, will come from hospitals and other health care systems in the Tampa and central Florida area. The chosen workers will receive free tickets and game day experiences directly from the NFL.

All 32 NFL franchises will send a number of vaccinated health care workers from their communities to the Super Bowl on February 7, during which the NFL will also honor health care heroes around the country by sharing their hard work and special stories both in the stadium and during the CBS broadcast.

“These dedicated health care workers continue to put their own lives at risk to serve others, and we owe them our ongoing gratitude,” said Roger Goodell. “We hope in a small way that this initiative will inspire our country and recognize these true American heroes. This is also an opportunity to promote the importance of vaccination and appropriate health practices, including wearing masks in public settings.”

The announcement followed prolonged discussions between the league and public health officials, including the CDC, the Florida Department of Health, area hospitals and health care systems. Officials representing these organizations reviewed and provided feedback on the NFL’s plans to host the Super Bowl in a manner that enables fans and staff to enjoy the game safely and responsibly.

“On behalf of Floridians and football fans across the nation, I’d like to thank the many men and women who worked hard to make this game a reality, especially our frontline health care workers who have worked tirelessly over the past year to keep people safe. I look forward to the positive impact this game will have on the Tampa Bay area, and my family and I can’t wait for the big game!”

The NFL has stepped up protocols and health and safety requirements for the Super Bowl and made plans more rigorous than the regular season and playoffs, when 1.2 million fans were hosted at 116 games.

Protocols include mandatory mask-wearing, social-distancing, and other measures to prevent the spread of the virus. This includes podded seating, touchless in-stadium experiences at concessions, restrooms, and security checkpoints, as well as controlled entry and exit.

A total of 25,000 fans will be in attendance at the Super Bowl, with 30,000 cardboard cut-outs also in the stands. Raymond James Stadium’s usual capacity is almost 66,000.

“While this was already shaping up to be the most meaningful Super Bowl in our hometown’s history, the NFL deciding to welcome and honor our local vaccinated healthcare workers to Super Bowl LV takes the importance of the event to an all-new level,” Derrick Brooks and Will Weatherford, Co-Chairs of the Tampa Bay Super Bowl LV Host Committee, said in a statement.

“The unsolicited outpouring of appreciation that we’ve received in support of this initiative from our local healthcare workers across the community has been truly amazing. These heroes inspire us every day, so we couldn’t be more thankful to the NFL for working to safely create this monumental effort to celebrate them.”

Following Goodell’s announcement, New England Patriots owner Robert Kraft revealed that his team were sending a number of local health care heroes to Tampa for the Super Bowl. 76 vaccinated health care workers will travel on the infamous Patriots plane and enjoy a matchday experience provided by Kraft and the Patriots.

In a video compilation posted by the Patriots, Kraft was seen video calling the health care workers to introduce himself, thank them for their continued hard work and invite them to a free trip to the Super Bowl.

“Our local healthcare workers have worked around the clock to ensure the health and safety of our community and I cannot think of a better way to honor them than with the eyes of the world on our hometown for Super Bowl LV. Our country has endured so much over the last year and we can’t lose sight of those who worked day in and day out to keep us safe. Thank you to the NFL for helping make this happen.” – Mayor Jane Castor, City of Tampa.

“We are grateful for the leadership the NFL has shown in thanking our health care workers and promoting vaccine acceptance around Super Bowl LV. I applaud them for making safety their top priority, and for taking a thoughtful approach to make sure that the Super Bowl will be a safe and meaningful experience for fans and the Tampa Bay community.” – State Surgeon General Dr. Scott Rivkees.