‘The Eagle And Me’: The Civil Rights Anthem The World Forgot About | Charles Prentiss

You are here: Home1 / Features2 / Entertainment Feature3 / ‘The Eagle And Me’: The Civil Rights Anthem The World Forgot About | C...

The artwork created during the Civil Rights Movement in America has been used as a tool for understanding the deep and dark history that Black people have endured in this country. Chuck Prentiss is a Broadway musical expert who recently rediscovered what he believes to be the nation’s first Civil Rights song, and wants the rest of the world to hear it too. 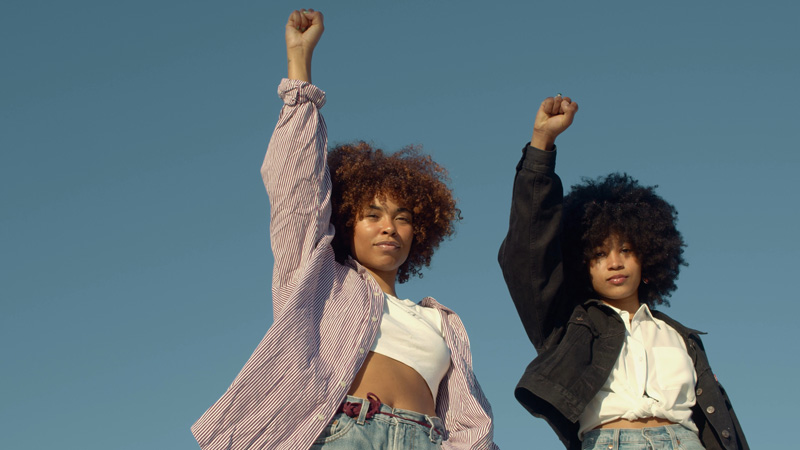 In 2021, June 19th officially became the USA’s newest federal holiday – Juneteenth Day. This new holiday commemorates June 19th 1885, the day when the last slaves in the Confederacy learned that they had been freed two years earlier by Lincoln’s Emancipation Proclamation. To commemorate this new holiday – Juneeteenth Day – it is fitting that we can also announce the discovery of our nation’s first Civil Rights song.

The song is called “The Eagle and Me,” and was written for the 1944 Broadway Musical, “Bloomer Girl.” At the time, we were in the middle of World War II and fighting with a segregated army, so America was nowhere close to integrating. The show itself was about women gaining the right to vote and the women’s suffrage movement, but Yip Harburg and Harold Arlen created a dynamic song about racial equality for the show, entitled, “The Eagle And Me.”

This song came before “We Shall Overcome,” “Blowing In The Wind,” or any of the other famous songs we associate with the Civil Rights Movement. Thanks to the courage of Yip Harburg, “The Eagle And Me” was America’s first Civil Rights song. Harold Arlen and Yip Harburg are known for writing “Somewhere Over The Rainbow”, and the entire score for “The Wizard of Oz.”

“Free as the sun is free, that’s how it’s gotta be. What ever is right for bumble bee and river and Eagle, is right for me. We gotta be free, the Eagle and Me.” 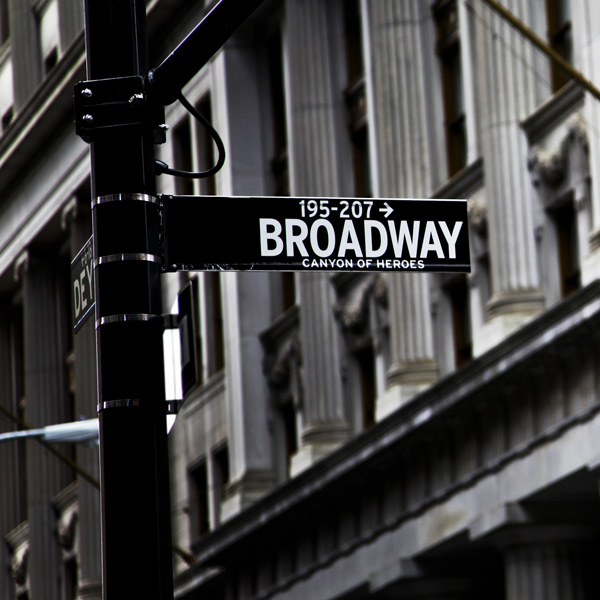 The lyrics to “The Eagle and Me” are as follows:

“River it like to flow
Eagle it like to fly
Eagle it like to feel
Its wings against the sky
Possum it like to run
Ivy it like to climb
Bird in the tree and bumble bee
Want freedom in Autumn or Summertime
Ever since that day
When the world was an Onion
“Twas natch’ral for the spirit
To soar and play
The way the Lawd’a-wanted it
Free as the sun is free,
That’s how it’s gotta be,
What ever is right
For bumble bee and river and Eagle
Is right for me.
We gotta be free,
The Eagle and Me.”

“Now that I’ve lived and watched the movement for racial equality develop and change into what it is today, I hope that I can do something to help amplify that call for equality, and I think bringing attention to ‘The Eagle And Me’ will do just that.”

Prentiss explained to me what it was like to grow up during those initial years of the movement, and what inspired him to want to bring attention to this powerful song and all it represents:

“I was born in Astoria and grew up in Sunnyside, Queens. As a teenager, I went to Stuyvesant High School, graduating in 1952, which was a specialized school where the students were really dedicated and you needed to receive really high grades in order to attend. At that time, the entire school was pretty much white. There were maybe two Black kids in the whole school. One of those kids was Robert Moses, who recently passed away and, I remember, after we graduated, he traveled to the South to join the Civil Rights Movement and became a major leader in that movement.

During the Civil Rights Movement, Moses started an entire Math Project that worked to teach math and science skills to Black kids throughout the country. At the time, Stuyvesant claimed they didn’t enroll Black students because they didn’t have the grades to get in, but Moses knew the issue was actually that Black kids weren’t being given the same resources and opportunities to receive a proper education and have a chance at earning those higher marks. So, he worked to change that. He was a real pioneer for education equality in this country.”

Moses was an inspiration for Prentiss to continue to do more with his life post-retirement, and that’s exactly what he did.

“By the time I was in my 60’s, I was ready to retire from work and devote more of my time to musicals and theater. I wrote a bunch of comedy songs and put them together in an album called ‘Up-Chuck,’ which I loved putting together. In fact, the comedian Jackie Mason, was a good friend of mine when we lived in the same building in Manhattan and, when the album was finished, I brought it to him and said: ‘Jackie, would you please give me a quote, something I can use to promote this album?’ Jackie replied: ‘Anything at all, Chuck. Anything you want.  You write it, and I’ll sign it!’ So, the quote I wrote which Jackie signed, was: ‘I Laughed so Hard that I thought I was listening to Me!’ Jackie Mason.”

“After that, in 1992, I ended up moving to Florida to live close to my sister after our father had passed away. I did a lot of musical programs among the three apartment buildings that my sister and I lived in, performing selections from Broadway and Hollywood musicals. I began doing a lot of programs for Jewish community groups as well, and was approached by a local Synagogue to perform a full set of Jewish-themed music, which I had never done before.”

“After I performed my first set, I was approached by someone who had worked for Jewish Life Television (JLTV), and ended up being flown out to Hollywood where I decided to film fourteen separate one-hour segment shows. I recorded them all in Florida and then sent them back to the West Coast where JLTV put them all on the air. That was back in 2014, and those shows are still being broadcast nationwide on JLTV.”

“In fact, this past Saturday, the theme of my JLTV program was ‘Songs of Hope and Optimism’ by Jewish songwriters. The 14 shows feature clips of legendary performances by Judy Garland, Frank Sinatra, Eddie Hodges, Ginger Rogers, Al Jolson, Barbra Streisand, Jimmy Durante and more. Since I am now living in an Assisted Living Facility in Weston, MA — just outside of Boston —  the residents gather in a big Common Room on Saturday from 7 to 8 PM to watch the show on a huge television screen.  The show is called “Chuck Prentiss’ Jewish Broadway” and it’s broadcast every Saturday night, nationwide from Los Angeles by JLTV at 7 PM ET.”

“After my shows were on for a few years, I began receiving calls and letters from people who loved my songs and the meaning behind them. I started to see a sort of legacy for myself unfolding in which I could make a difference in the world through the power of this music, and then I thought about the way the movement for equality has evolved within the past few decades and that’s where ‘The Eagle And Me’ comes in.” 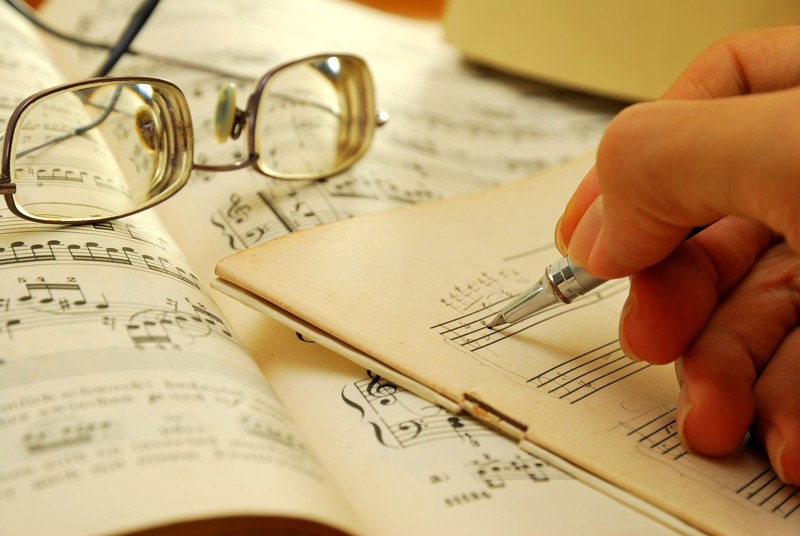 “‘The Eagle And Me’ by Dooley Wilson is, in my opinion, America’s first civil rights song, and yet the nation doesn’t know about it. The lyrics are extremely powerful and more people need to hear the message.” 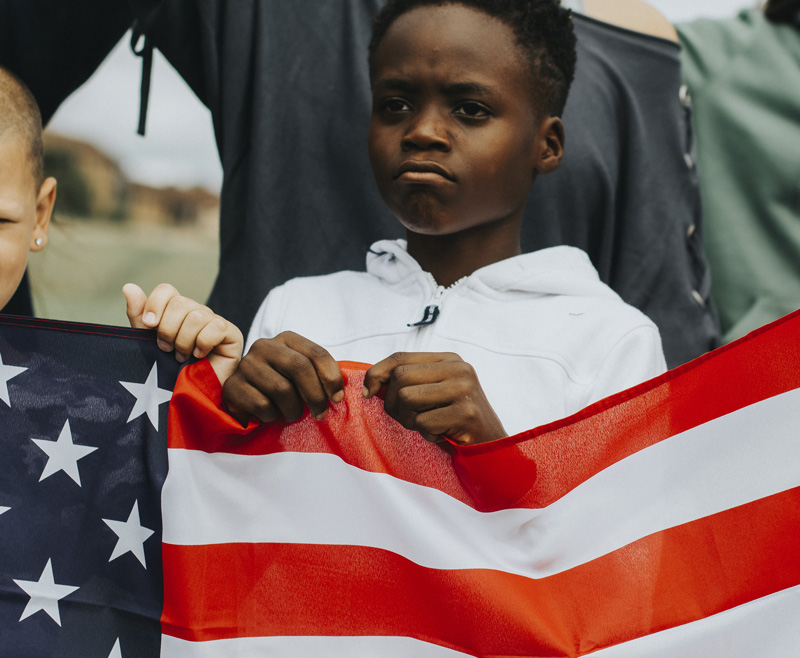 Prentiss himself is Jewish, and explained to me how, coming out of World War II, he was hesitant to get involved in the movement towards racial equality due to the amount of hate that was then being aimed at Jewish individuals as well:

“I’ll never forget the fear that existed at that time. Around 1959, I was in the military and was hitchhiking between bases to Atlanta. My friends and I got picked up by a group of guys with a ton of Klu Klux Klan paraphernalia. They kept talking about what they wanted to do to Black people should they find them and spewing all sorts of disgusting language at us and it was genuinely terrifying to be around.

“I mean, at the time, being a Jewish person I also was dealing with the waves of anti-Semitism that came during and after World War II. I, however, had the privilege of being able to keep quiet about my Jewish heritage if there ever was a sense of danger, Black individuals obviously didn’t have that luxury.”

“That’s why during the initial civil rights movement, I honestly ran away from any sort of involvement. The thought of going down South, participating in sit-ins, and being on the front-lines was scary. I was scared to have Black friends because of what my friends and family would say, and looking back I can’t even imagine what that isolation must have felt like. It was about fear more than anything else for so many people but we didn’t even know what we were afraid of; we were just complacent in being a bystander.”

After Prentiss rediscovered “The Eagle And Me” himself, he knew he wanted the rest of the world to experience what he had found; a song written in the early 1940’s that was calling for racial equality.

“I think one of the reasons this song is so meaningful is because of the call for freedom and equality in all aspects of life. There were crowds of white people listening to this in the 40’s who didn’t even think it could be applied to the racial justice movement, and it’s time for that to change.”

“This song was released in 1944. The idea of any sort of song calling for equality that early in American history is almost unheard of. I remember when music historian, John Clarke, came and visited the current facility I live in. He had an extensive knowledge of civil rights songs but had no knowledge of ‘The Eagle And Me,’ so I showed it to him and he was blown away by the progressiveness of the lyrics for 1944.”

“The song, in my opinion, was way ahead of its time, and it’s been neglected and completely forgotten by a country that was not ready for it. But I think it needs the credit it deserves. It’s important to understand our history in general, especially when it comes to the cultural movements that led to greater change.”

“‘The Eagle And Me’ is a great song in general that can be applied to any movement towards equality, but it really fits perfectly into the battle for racial equality as we’ve seen it grow and change in the past 50 plus years. I think the song can be used as a weapon to break down white supremacy. It was written as a song against inequality, mistreatment, and white supremacy. No one should be ostracized for the way they’re born. I learned that being Jewish and growing up at a time when Black people were completely isolated and unwelcome.”

“My goal with music in general has always been to spread joy and positivity, and this can be the biggest example of that as well. People understand how powerful music is in general, and ‘The Eagle And Me’ is a perfect example.”