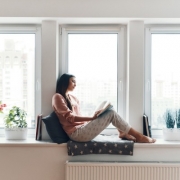 In a campaign that should have started in 2020 but was delayed due to the coronavirus pandemic, women and girls in the UK are being asked about their experience of the country’s health system in order for the UK government to take a closer look at, and close the gender health gap.

Beginning on March 8th, International Women’s Day, the UK government’s Department for Health and Social Care will launch a 12 week ‘call for evidence’ to gather information on women’s experience of healthcare. The survey is public and open to all women to share their experiences, it is designed to be user friendly and quick and easy to fill in. According to the UK Government, ‘the strategy will set an ambitious and positive new agenda to improve health and wellbeing and ensure health services are meeting the needs of women.’

Areas of healthcare that will be examined include fertility, maternity and menopause care, but also cover areas such as mental health, addiction, heart conditions, dementia and so forth. Evidence has shown that whilst women are expected to live longer, they will spend more of their lives in poorer health. A recent survey by Manual, a wellbeing platform for men, analyzed health data across 156 countries worldwide, looking at life expectancy, rates of disease, mental health disorders and so on, to find where the largest gender health gaps lie. Medical Net reported: ‘surprisingly, over half of the G20 countries studied have healthier men than women. The UK has the largest G20 female health gap, where women are worse off. It’s also the 12th largest globally.’

Last year, a discussion in the UK parliament concluded that urgent attention was needed when it came to endometriosis care in the UK. Endometriosis is a debilitating gynecological condition that affects one in ten women, it causes extreme pain, heavy periods, internal bleeding and can lead to infertility. The average wait time for a diagnosis is between 7-10 years and treatment for endometriosis is limited, as the condition is currently incurable. It is argued that much of the issues of surrounding endometriosis treatment stem from a lack of medical research and understanding, which emphasizes the gender health gap.

Historically, female conditions have not been given as much scientific attention as some male conditions. The UK parliament concluded that care needs urgent improvement and diagnosis times need to be cut in half. Evidence suggests that female specific health conditions such as endometriosis, alongside issues such as menopause and pregnancy related matters are overlooked, as well as the impact these have on women’s lives and workplace participation.

In the press release announcing the Women’s Health survey, the government wrote: ‘Less is known about conditions that only affect women, including common gynecological conditions which can have severe impacts on health and wellbeing, but for which there is currently little treatment. A key example of this is endometriosis with the average time for a woman to receive a diagnosis being 7 to 8 years, and with 40% of women needing 10 or more GP appointments before being referred to a specialist.’

iNews reported: ‘The biggest causes of death for women range from suicide in adolescence,

to breast cancer in middle age, and dementia in older age – all of which lead to different

interactions with the health service…’

Speaking on the move, the Minister for Women’s Health, Nadine Doris said: “Women’s experiences of health care can vary and we want to ensure women are able to access the treatment and services they need. It’s crucial women’s voices are at the front and center of this strategy so we understand their experiences and how to improve their outcomes. I urge every woman, and anyone who cares for women, to feed into this call for evidence and help shape the future of women’s health.”

The survey looks to examine the experiences of women throughout the entirety of the healthcare system and will hopefully contribute to an improvement in women’s healthcare. The government statement said: ‘High-quality research and evidence is essential to delivering improvements in women’s health, yet studies suggest gender biases in clinical trials and research are contributing to worse health outcomes for women.

Although women make up 51% of the population, there is less evidence and data on how conditions affect women differently. A University of Leeds study showed women with a total blockage of a coronary artery were 59% more likely to be misdiagnosed than men, and found that UK women had more than double the rate of death in the 30 days following heart attack compared with men.’

Unique Museums Around The World
Scroll to top