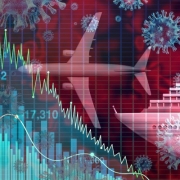 Following the announcement of a successful COVID-19 vaccination, talk of travel naturally began again as hopeful holiday makers saw the possibility of sunnier beaches and adventures on the horizon after almost a year of COVID-19 restrictions and lockdowns. However, many countries are experiencing second, or third waves of COVID-19 infections and as new strains of the virus prove problematic, travel for pleasure is still off limits for many countries. Yet, as vaccination programs are underway, there have been various suggestions and schemes that would allow those who have been inoculated to enter into different countries.

One idea was for ‘immunity passports’ which in a similar vein to yellow fever immunization certifications, would be a document of some sort that would confirm an individual has been fully inoculated against SARS-CoV-2. This is not a new idea, the notion of immunity passports has been around since the pandemic first began – whereby individuals who had the virus would be allowed to return to normal activities, however this was vetoed in many places as there was no proof that an individual could not be re-infected or still carry the virus. The vaccine passport would work similarly, allowing travelers to travel abroad, and possibly avoid any quarantine restrictions in place at their chosen destination.

This has been a contentious issue, although the COVID-19 pandemic has been raging for over a year now, still not enough is known about the re-occurring nature of the virus. Even with the vaccination scientists have not yet confirmed how long COVID immunity will last. There is also not enough evidence to suggest that you cannot carry the virus after you have been vaccinated, an inoculation may block symptoms from appearing and the virus from taking hold, but it may not stop an individual from carrying said virus. Further, the prevalence of new strains of the virus may not prove as easy to inoculate against with current vaccination programs, although this is something that is being investigated by scientists.

There is also the question of ethics, as there will be many who may not take the vaccination for personal, religious or health reasons. Each country is in charge of their own vaccination program and has their own advice within that, for example, in some countries, pregnant women are being advised not to take the vaccination unless they are high risk, some simply may not be able to acquire the vaccine for some time due to being in a low priority group. If travel was therefore restricted by immunity passports, it one, may not stop the spread of COVID-19, and two, may prevent many people from travelling in the future.

Although it is unclear as to whether a universal immunity passport will be undertaken, some countries are still considering relaxing restrictions or opening their borders to the immunized.  An increasing number of countries and even tourism providers have said that they will allow those that have been immunized to enter into the country, or travel with their company and even more are discussing this idea.

Although it is not yet clear as to whether the UK will take up the ‘immunity passport’ idea, with mixed responses coming from various members of the government, transport secretary, Grant Shapps, said: “Just as we have things like the yellow fever card… I imagine that in the future there will be an international system where countries will want to know that you have been potentially vaccinated or potentially had tests taken before flying, before you come in.” However, Vaccine minister Nadhim Zahawi, stressed to the BBC, that immunity passports were not the plan, for the UK, stating that the vaccine was not mandatory and “that’s not how we do things. We do them by consent.” However, the UK would help citizens gain proof from their doctors should other countries require immunization proof.

Currently, some other countries are for the idea of immunized travelers, whether under the label of ‘immunity passports’ or not. The BBC reported: ‘In Greece, the prime minister has urged the European Commission to introduce a coronavirus vaccination certificate which would allow “the freedom of movement of persons who have been vaccinated”. Estonia and the UN’s health agency is creating e-vaccination certificates known as a “smart yellow card”. Denmark is developing a digital vaccine passport so citizens can prove they have had the jab. Spain is compiling a database of vaccine refusers, which it will share with the European Union. This will ensure no-one has been accidentally missed off the vaccination list, the health minister said.’

Timeout also reported: ‘Iceland and Romania are already waiving strict testing and quarantine requirements if travellers can show a vaccination certificate. In both cases, travellers who can provide proof that they have had Covid-19 – and have since recovered – may also enter.’ Places such as Thailand and Singapore are also considering opening the borders or relaxing restrictions to those who have had the vaccination.

Scientists Want To Use Artificial Intelligence To ‘Predict The Next Coron...