Blog - Latest News
You are here: Home1 / News2 / Science News3 / What Is The Winter Solstice? 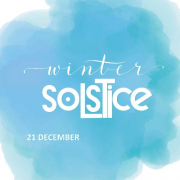 The winter solstice for the northern hemisphere falls on the December 21st this year and although they occur at the same time around the world the local time will vary. This year it will occur at and 5:02 am ET and 10.02 GMT. Many of us understand the winter solstice to mark the shortest day of the year, and the summer solstice to mark the longest. From that point onward winter days will get longer and summer days shorter. Solstices can also be marked with celebrations and are important in some belief systems. But what exactly is a solstice?

According to The Telegraph, ‘the term ‘solstice’ derives from the Latin word ‘solstitium’, meaning ‘Sun standing still’. On this day the Sun seems to stand still at the Tropic of Capricorn and then reverses its direction as it reaches its southernmost position as seen from the Earth.’

The shortest day of the year lasts approximately, 8 hours, 48 minutes and 38 seconds, although sources vary slightly, this then makes way for the rest of the 24 hours to be spent as the longest night of the year.

This does not however, mean that these are the coldest and warmest days of the year however, because it takes time for the earth to heat up and cool down. Therefore, you will likely find the coldest temperatures after mid-January, a month after the winter solstice for the northern hemisphere. The same goes for the Northern Hemisphere’s hottest temperatures which are normally found in July and August after the summer solstice (which normally falls around June 21st).

The solstices have held a fascinating role throughout history and the present day, marking different traditions, representations and beliefs. Ancient structures such as Stonehenge (in the UK) are supposedly built around the solstices, and many still visit the structure to celebrate the solstices to this day. According to Stonehenge’s website, marking time was important for the lives of ancient people, and perhaps one of the reasons behind the construction of Stonehenge, which is aligned to the movement of the sun. ‘The stones were shaped and set up to frame at least two important events in the annual solar cycle – the midwinter sunset at the winter solstice and the midsummer sunrise at the summer solstice. At the summer solstice, around 21 June, the sun rises behind the Heel Stone and its first rays shine into the heart of Stonehenge. Although the tallest trilithon at the monument is no longer standing, the sun would have set between the narrow gap of these uprights during the winter solstice.’

National Geographic writes: ‘Many cultures have found unique ways to mark the summer solstice. The traditional Scandinavian holiday of Midsummer welcomes it with maypole dancing, drinking, and romance. During the Slavic holiday of Ivan Kupala, people wear floral wreaths and dance around bonfires, while some plucky souls jump over the fires as a way of ensuring good luck and health. In a more modern tradition, the people of Fairbanks, Alaska, swing in the summer solstice with a night-time baseball game to celebrate the fact that they can get up to 22.5 hours of daylight in the summer. The Midnight Sun Game has been played 115 times now since 1906.’

Other festivals throughout history show that the Inca Empire celebrated Inti Raymi, honouring their Sun God, Inti and ushering in the new year. The Ancient Romans celebrated the winter solstice with the seven-day celebration of Saturnalia, many traditions of which (such as gift giving) are similar to that of Christmas. Yalda is an Iranian festival celebrated on the longest and darkest night of the year – celebrating the arrival of winter, renewal of the sun and victory of light over darkness. The Feast of Juul was a Scandinavian festival, that gave us ‘Yule’. Fire was used to symbolize heat and light of the returning sun and a Juul log was burned for twelve days as a tribute to the Norse God, Thor. Today, pagan and druid communities still celebrate the solstices.