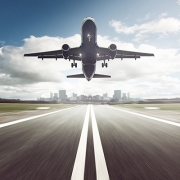 Travel news around the world has not been positive for many this year, but those living in Australia and New Zealand have been handed an early Christmas present.

New Zealand’s prime minister, Jacinda Ardern, has confirmed that they will be working with Australia during the first few months of 2021 to implement a travel bubble, meaning people traveling between the two countries will no longer need to quarantine for 14 days on arrival.

The in-principle move has been called a ‘first step’ in the massive task of making international travel normal again, with Australian health minister Greg Hunt saying he believed that the Australian government would ‘absolutely’ be looking to approve the required steps as soon as it was safe to do so.

However, it was agreed by both countries that there was still a long way to go before any definite announcement could be confirmed with Ardern saying, “it is our intention to name a date… in the new year, once remaining details are locked down.”

However both countries agreed that there were still a variety of concerns and issues that they needed to finalize, including how they would keep passengers from ‘safe zones’ and countries that are still affected by Covid-19 separate. There is also a concern that there will be a ‘flood’ of New Zealand citizens returning home if Australia’s infection numbers increase.

When asked about the policy Hunt confirmed that Australia was happy to move forward and were happy to wait until New Zealand were ready saying, “we understand it may take a few more weeks, but we are working constructively and patiently.

“New Zealand has been a great partner and I have previously spoken with my counterpart in New Zealand, they have done well through the pandemic.”

When the countries are both ready it is believed that they could both benefit from the ‘positive outcomes’ that their pandemic strategies has produced. “That just means more people getting to see their loved ones or people being able to take a well-earned break and that’s good for Australians, it is good for New Zealanders”.

Before Covid-19 exploded around the world – causing the pandemic that many countries, including America, are still trying to get under control – New Zealand welcomed Australian visitors as their biggest visitor market with nearly fifty per cent of their international arrivals coming from the neighboring country.

At the moment Australia has allowed New Zealanders to travel to many areas of their country without insisting on any isolation. However when they return back to New Zealand they have to quarantine for 14 days. Australians are not allowed into any region of New Zealand until this travel bubble has been confirmed.

Arden had already confirmed that New Zealand was looking at creating a travel bubble with the Cook Islands, again in the first few months of the new year but before the bubble with Australia.

New Zealand’s Covid-19 response minister, Chris Hipkins, has already made plans to visit Auckland airport to he could see what arrangements could be made to accommodate the new guidelines that are in place, saying that the airlines as well as the airport would need the time to get themselves ready for the return of passenger travel.

A statement by Air New Zealand confirmed that the news was a ‘great step forward’.

The airline’s chief executive Greg Foran said, “Our teams are busy preparing for recommencing quarantine-free travel. Safety is obviously a big priority for our airline, and we’ve been working closely with governments, relevant agencies and airports on what is required to keep our customers and staff safe once travel opens up.

“We appreciate people are enthusiastic about travel, and we can assure customers that as soon as it is viable, Air New Zealand will be ready.”

Meanwhile chief executive of Auckland airport, Adrian Littlewood, confirmed that they had already begun to construct separate areas for travelers moving in and out of the country that had now been completed. The airport has also constructed a ‘health management area’ for those who may need treatment, quarantine or isolation.

Littlewood confirmed, “Auckland Airport will be prepared to implement passenger separation once the government is ready to allow quarantine-free travel.”

Hipkins has recently faced criticism for the country’s response to the health crisis following a report that highlighted ‘failures’. The report found that communication and testing issues were high however Hipkins has defended New Zealand’s response saying, “I don’t want to skip over the fact that people have worked incredibly hard to do something that’s unprecedented. When you look at the overall outcomes that we have achieved we can be proud of those. The report highlights where we could have done better – there’s no question the system has been learning as it’s been going along.”

What Is The Winter Solstice?