Blog - Latest News
You are here: Home / Around The Web / Technology / Wuhan Coronavirus Concerns Prove How Much Apple Relies On China 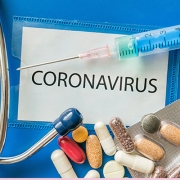 Apple’s reliance on China is once again in the spotlight, this time because of the Wuhan coronavirus — an outbreak that has temporarily frozen the company’s retail operations in the country and rattled its supply chain in a matter of days.

The virus, and the uncertainty about how it may affect Apple’s supply chain, have reiterated the iPhone maker’s reliance on China. It also comes just after the tech giant dodged 15% tariffs on Chinese imports that would have impacted the iPhone and other important products.

The virus prompted Apple to temporarily close all of its stores and corporate offices in China until February 9 “out of an abundance of caution.” But the bigger concern appears to be around how this might impact Apple’s supply chain, which is largely based in mainland China and Taiwan.

During Apple’s fiscal first-quarter earnings call last Tuesday, Apple said it was factoring any impact from closures and production slowdowns caused by the virus into its fiscal second-quarter revenue guidance, which it’s pegged at landing between $63 billion and $67 billion. But Ming-Chi Kuo, the TF International Securities analyst that frequently reports on Apple’s supply chain, recently cut his projections for iPhone shipments in the first calendar quarter of 2020 by 10% because of the coronavirus.

“I’m going to be really surprised if Apple doesn’t end up reporting reduced sales and production,” said Frank Gillett, vice president and principal analyst at market research firm Forrester. “The supply chain of these high value consumer electronics products is so tight and efficient that disruptions are felt quickly, and there’s limited ability to catch up once you get in the hole.”

However, some analysts have said that if Apple’s supply chain is able to return to regular operations by mid-February, the potential ramifications may be minimal. A new report from Bloomberg suggests that may very well be the case, as it says Apple’s key suppliers, including its major iPhone assembler Foxconn, will return to full-scale production as soon as February 10.

Dan Ives, managing director of equity research at Wedbush Securities, said that as of February 3, the impact seemed “containable,” saying that 1% to 2% of iPhone’s that would have been sold in the March quarter may shift to the June quarter. But if Apple’s suppliers were to remain closed until late February or early March, roughly one million iPhone’s could be pushed to the June quarter.

“I think it’s a very quantifiable to a small impact that’s already factored into Apple’s guidance, unless this outbreak continues into later February or early March,” Ives told Business Insider.

Tom Forte, a senior research analyst for D.A. Davidson, also said that if the situation were resolved by mid-February, Apple should be able to fully recover. But any further obstacles beyond that point could be troublesome for Apple.

“If this remains an issue through the month’s end or even worse into March itself, it has the potential to be even more disruptive than the original outlook suggested,” Forte said to Business Insider.

While production slowdowns driven by the virus outbreak may be manageable, Gillett says there’s a chance it could impact near-term product launches, like the low-cost iPhone that’s rumored to be in production. That product, which is said to be a successor to 2016’s iPhone SE, was expected to go into production in February for a March launch date, according to Bloomberg.

It’s not the first time in recent months that concerns have been raised about how Apple’s reliance on China could impact its hardware business. Apple narrowly avoided a 15% tariff on Chinese imports that would have impacted flagship products like the iPhone after the United States settled a partial trade deal with China in early December. The tariffs could have increased iPhone prices by between $120 and $150, Ives previously told Business Insider.

Startup Developing ‘Digital’ Drugs To Boost US Troops In Space