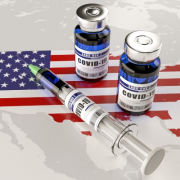 The US Department of Health and Human Services announced this week that the Trump administration will purchase an additional 100 million doses of the Pfizer coronavirus vaccine. Pfizer will deliver at least 70 million doses by the end of June and the rest will be with the US government by the end of July at the latest.

The federal government has now ordered 200 million doses of the Pfizer/BioNTech Covid vaccine at a cost of $4 billion. Each person will require two doses of the vaccine, taken three weeks apart and its efficacy is 95%.

A HHS spokesperson told CNN in a statement that the Trump administration is using its authorities under the Defense Production Act to “prioritize access to the critical materials and supplies necessary to expand vaccine production.”

The statement also says Operation Warp Speed is using “selective application of DPA authorities” in order to facilitate production of the six vaccines it is supporting, including the Pfizer vaccine.

The Pfizer vaccine was the first of the six to receive an emergency use authorization from the US Food and Drug Administration and hundreds of thousands of doses of it have been administered across the country since last week.

Dr Fauci has urged everyone in the US to ‘be more careful’ over the holiday period after a surge in Covid deaths was revealed this week, attributed to mass traveling and a lack of social distancing over the Thanksgiving period. The director of the National Institute of Allergy and Infectious Diseases insists however that he is not trying to cancel Christmas, as he has been accused of.

“I know everyone wants to get back to the time when Christmas was a situation where you could have many, many guests indoors, congregating, having fun together,” Dr. Anthony Fauci told CNN’s Wolf Blitzer on Tuesday.

But, “the situation is different now,” he said.

“If Americans disregard the dire situation already underway and travel for the holidays anyway it could be a very difficult January,” Fauci warned.

“As you might imagine, it’s quite concerning to me,” he said. “This type of travel is risky, particularly if people start congregating when they get to their destination in large crowds, in indoor settings. I’m afraid that if, in fact, we see this happen, we will have a surge that’s superimposed upon the difficult situation we are already in. So, it could be a very difficult January coming up if these things happen.”

Fauci said whenever he talks about being careful as the coronavirus pandemic rages across the country, he’s accused of wanting to “cancel Christmas.”

“I don’t want to do that,” he said. “I want people to be more careful. I want them to limit traveling to the extent possible.”

After receiving his first dose of Moderna’s Covid vaccine last week, Fauci also urged Americans to go out and get the vaccine.

“I feel very confident about what we’re doing and that’s the reason why I strongly recommend to everybody and everyone that when the vaccine becomes available to them to get vaccinated,” he said. “That is how we’re going to put this pandemic behind us.”

Pfizer and Moderna are currently testing their vaccines to see if they are effective against the mutated version of the virus that has been found in the United Kingdom and other countries. The new strain is thought to be transmitted easier and is causing a surge in England.

“We expect that the Moderna vaccine-induced immunity would be protective against the variants recently described in the UK; we will be performing additional tests in the coming weeks,” Moderna said.

Pfizer is “generating data,” the firm said, on how well blood samples from immunized people “may be able to neutralize the new strain.”

Dr. Ashish Jha, the Dean of the Brown University School of Public Health, told CNN that he expects the two authorized vaccines will work against the new strain.

“We’re starting to see some data that some of the monoclonal antibodies we have continue to work against this new strain. So I do expect that the vaccines will continue to be effective,” he said. “And if on the outside chance that (they aren’t) … we can make changes to the vaccine.

“But I don’t think that’s going to be necessary. Certainly not in the short to medium run.”

What Do We Know About The New Coronavirus Variant in the UK?