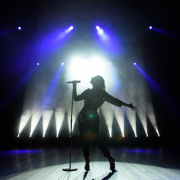 Taylor Swift’s latest surprise album, Evermore, released on the 11th of December 2020, less than five months after the unpredicted release of Folklore, on the 24th of July 2020. Evermore, has already sold a million copies worldwide within its first week of release, a feat not unfamiliar to Swift, who has reached a million sales in a seven-day period, since Fearless in 2008. This will be the singers third album in a sixteen-month period to sell a million copies globally in week one.

The album is expected to continue in an upward trajectory, as the second week will deliver the release of the CD version of the album, featuring two bonus tracks. Variety reported: ‘Although Swift was famously skeptical about non-paid streaming services back in the “1989” era, she and streaming currently enjoy a highly beneficial relationship. Even if album sales are still the benchmark of preference for the Swift camp and many of her fans, individual global streams passed the half-billion mark in week one, according to Republic, with more than 100 million of those steams for the lead single, “Willow.” Billboard reported 329,000 album units for the project’s first week, with 155,000 of those in traditional album sales and another 167,000 representing the album equivalent of 220 million str song streams. This makes it the fifth-biggest U.S. album debut of the year.’

Swift described Evermore as a ‘sister record’ to her previously released Folklore album which has already been highly lauded by fans and critics alike, demonstrating a stripped back and raw side of the singer’s repertoire. It is currently leading in the run for the top seller of 2020 and has been nominated for ‘album of the year’ at the 2021 Grammys.

Swift released the album to excited fans out of the blue, with a days notice, announcing it on social media with:

‘I’m elated to tell you that my 9th studio album, and folklore’s sister record, will be out tonight at midnight eastern. It’s called evermore. To put it plainly, we just couldn’t stop writing songs. To try and put it more poetically, it feels like we were standing on the edge of the folklorian woods and had a choice: to turn and go back or to travel further into the forest of this music. We chose to wander deeper in. I’ve never done this before. In the past I’ve always treated albums as one-off eras and moved onto planning the next one after an album was released. There was something different with folklore. In making it, I felt less like I was departing and more like I was returning. I loved the escapism I found in these imaginary/not imaginary tales. I loved the ways you welcomed the dreamscapes and tragedies and epic tales of love lost and found into your lives. So I just kept writing them. And I loved creating these songs with Aaron Dessner, Jack Antonoff, WB, and Justin Vernon. We’ve also welcomed some new (and longtime) friends to our musical kitchen table this time around…’

Evermore has already also reached no.1 in the UK album charts, and three tracks have reached the national top twenty. According to Billboard, ‘Evermore also gives Swift a spot in the record books. According to the Official Chart Company, the U.S. singer has achieved her six No. 1s in just eight years, a record time among female artists, eclipsing the 11 years it took Madonna to reach the same tally, between 1997 and 2008.’ She is also the first artist in four years, to reach the number one spot with two different albums in the same year, prior to this, the late David Bowie had reached no.1 twice in one year with Black Star and ‘Best of Bowie’ compilation, following his sad passing.

Producer and co-writer on Swift’s lockdown successes, Folklore and Evermore, Aaron Dessner, did not expect to make another album so soon after Lockdown either. Speaking to Rolling Stone, when asked when he realised there was going to be another album he said:

‘It was after we’d written several [songs], seven or eight or nine. Each one would happen, and we would both be in this sort of disbelief of this weird alchemy that we had unleashed. The ideas were coming fast and furiously and were just as compelling as anything on Folklore, and it felt like the most natural thing in the world. At some point, Taylor wrote “Evermore” with William Bowery, and then we sent it to Justin, who wrote the bridge, and all of a sudden, that’s when it started to become clear that there was a sister record. Historically, there are examples of this, of records which came in close succession that I love — certain Dylan records, Kid A and Amnesiac. I secretly fell in love with the idea that this was part of the same current, and that these were two manifestations that were interrelated. And with Taylor, I think it just became clear to her what was happening. It really picked up steam, and at some point, there were 17 songs — because there are two bonus tracks, which I love just as much.’

Dessner commented later that he had a rare chemistry with Taylor, and thought that inevitably they will continue to be in each others ‘artistic and personal’ lives, unsure in what form, but sure it would continue.

What Is a Deepfake and How Could It Evolve in 2021?
Scroll to top