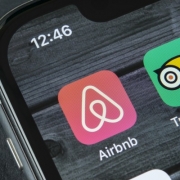 Preceding the public offering of shares by rental company Airbnb, the company raised the cost of its shares meaning the company could be floated with a valuation of around $42 billion.

This week saw a government filing by the company in which they stated that they believed their shares to be worth between $56 and $60 each, an increase from $44 to $50 that they were at only a few weeks ago.

The final share price is expected to be announced before its IPO on the Nasdaq stock market in New York.

By raising the share price the home-sharing company could potentially raise anything up to $3.4 billion however the higher end of the costs could see the valuation at $42 billion, over twice the valuation of the $18 billion the company had previously been valued at in the spring when the company conducted private fundraising to combat the impact of the stay-at-home orders issued by the White House in the face of the growing Covid-19 pandemic.

The Coronavirus outbreak has seen many organizations within the travel sector struggle financially and Airbnb is no different. In May 1,900 employees lost their jobs and any projects that were not related to their main business were either put on hold or canceled completely in a move that the company hoped would raise $2 billion in emergency funding. The orders – as well as localized lockdowns – led to a drop in bookings of over 70 per cent worldwide. However, as stay-at-home orders were canceled and Americans were allowed to start traveling again, many favored the option of staying in homes rather than hotels. This move was welcomed by Airbnb who saw an increase in bookings that led to them surpassing their third quarter expectations and recording a $219 million profit, a welcome relief after the $576 million loss incurred during the second quarter.

The company, originally launched in 2007 as an alternative way to book accommodation for events such as the Democratic National Convention and many other conferences, has seen a massive increase in people using the service with many of their customers utilizing the website for recreational stays as well as business.

In the intervening years there has been many investors such as TPG and General Atlantic, and even Hollywood star Ashton Kutcher and it is easy to see why. With over seven million listings – by 4 million hosts – on the website worldwide, investors were beginning to see big returns for their input.

And with the news that Covid-19 vaccines are getting closer – the UK has already started to vaccinate their vulnerable citizens – travel is predicted to continue to increase, potentially back to the levels seen before the pandemic effectively closed down the world.

Saxo Bank’s Head of equity strategy – Peter Garnry – is a firm believer in this prediction however he believes that with the growth there will still be risks. “The key risk factors for Airbnb are the long-term impact on travelling from the Covid-19 pandemic and whether it has changed people’s habits. The company is also a target for regulation by major cities that are protecting their hotel industry against people lending out their private homes at lower prices than hotels.”

Furthermore, Edison Trends has released data that implies that American spending with Airbnb has dropped by nearly a third since October with Pacific Life Fund Advisors’ head of asset allocation, Max Gokhman, commenting that “Even though [Airbnb has] obviously been hurt by the pandemic, as has all travel, it stands to really get most of the early tail winds as people start coming out of hiding.”

Currently it is expected that Airbnb’s chief executive, Brian Chesky, will hold a stake of $5.2 billion at the IPO price. Chesky’s fellow co-founders Nathan Blecharczyk and Joe Gebbia– as well as Brian himself – will continue to keep 42.2 per cent of the voting rights once the company is public. It was reported that they were all going to sell 1,551,723 shares, totaling around $106 million at the IPO price.

The move, as well as the pricing, shows that the company is predicting an improvement on their prospects and does not appear to be worried about any potential regulations that could affect their business.

In the company’s prospectus they admitted that around 70 per cent of their top 200 cities had seen restrictions imposed on short-term rental properties, which most of their business is based on, however they also stated that they were not worried that this could affect them long-term.

In fact, they also confirmed that 3.5 million shares would be offered to hosts – around 7 per cent of the total offering – and that if the offer became too populated those who had used the platform for a longer period would receive their deals first.

2020 has seen many companies float on the stock market however the move by Airbnb will be one of the biggest US IPOs of the year.

Hunter Biden Under Investigation For Tax Affairs
Scroll to top