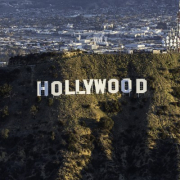 Ava DuVernay director of films such as Selma and A Wrinkle in Time and the award-winning documentary 13th, has teamed up with Warner Bros.’ Television chairman, Peter Roth to launch a diversity database accessible to film production teams in the hope to make a lasting change on Hollywood sets. Named the Array Crew, the database will be under the non-profit division ‘Array Alliance’ of DuVernay’s company Array. It will focus on crew members and look to bridge the gap for women and people of color in the industry, connecting underrepresented below-the-line talent to hiring managers. It will also make it easier for hiring managers to find and hire a diverse crew, fast-forwarding and simplifying moves towards inclusivity.

It is set to be a fundamental resource for executives and hiring managers looking to formulate inclusive crews, and could be transformative for Hollywood. Phillip Roth has already brought competitors such as Sony, Netflix, Disney to invest into and sign onto the project.

Speaking to Los Angeles Times, DuVernay and Roth discussed the evolution of the project. DuVernay explaining how it started off as a list of names of crew members that they knew. They then began to pool their lists with others in the film industry onto a spreadsheet, and despite some who not willing to share their lists, the spreadsheet quickly grew from 30 names to its current standing of 2,500. As people began hearing of it organically, Roth began pushing it out to everyone in the industry and studios began taking part in the foundation. The spreadsheet is no longer a spreadsheet but a tech company with a full staffing, chief, CTO and so forth.

DuVernay has long been working hard to represent a diverse range of talent in her films from the cast to the crew members. In the interview with Los Angeles Times DuVernay looked to her time working on Disney’s A Wrinkle in Time (which featured both a diverse cast and crew) to illustrate the importance of this initiative. In a powerful story that exemplifies her incentive to launch this diversity database, she stated:

‘I think as a Black woman who’s been fighting in this industry to not knock on doors but to create my own door, my default — and the reason why this relationship has been very instructive for me and illuminating — unfortunately, is: “They’re trying to keep me out. This is happening against me. And I’m gonna fight you back.” That’s unfortunately how we as women of color kind of walk through. We walk in the room, and it’s not the ease of, “Oh, I’m going to be accepted on my merits. And they’re going to get to know me, and we’re going to start from there.” No, I have to walk in feeling on the defense because I’m chipping away at whatever the preconceived notions are.

So, I was on “A Wrinkle in Time,” and I had all of my department heads, and I said when we started: “I’m hiring you because I think you’re great. And I’m making you responsible for your department, and [you’re] assuring me that it will be [an] inclusively staffed crew. I’m not saying you have to hire the woman or the person of color, but you’ve got to interview a woman or person of color; you can’t just bring all your friends, all your white men friends from the other show. You’ve got to show me that for every single position on your crew on your department, that you have looked at someone else that you haven’t looked at before.” We’re getting close to the production. I’m reviewing a crew list, and I look at the camera department. And I’m thinking, what’s going on? All white guys. So I call in Tobias Schliessler [director of photography]. I’ve got my armor on, and I say, “What is going on here? When we decided to work together, you told me that this was important to you. I believed you.” And he looked at me, and he was shook. He was hurt. I could see his hurt in his eyes. I get emotional thinking about it. He said to me, “I know how important this is. And I just want to do my best for you. And I know these people will give you the best I could give. I don’t know those other people, and there’s too much riding on this. I don’t know them. But I know these guys, and I know that they will get it done. I’m trying to do my best for you. That’s what this is. I’m interviewing other people, but I’m not sure.”

I saw for the first time [that] maybe it’s not all, “I’m trying to keep you out.” It’s just, you don’t know how. You don’t know where to look. You don’t know who to ask. … Maybe the fight is to help them; help them understand how to do it. And that’s something to wrestle with because do I want to take time out of my creative space to aid in the forward movement of other people and in the psychological progress of other people as it pertains to race and gender? Not really. But if someone doesn’t stop and do it, how does it get done?’

Staying Positive Through The Start of 2021
Scroll to top