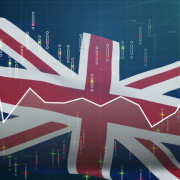 London’s FTSE 100 inched higher on Wednesday as it reached a nine-month high following news of the AstraZeneca vaccine being approved by UK regulators. The FTSE 100 index is now up 160 points, or nearly 2.5%, at 6662 points, which is its highest point since early March, when Pfizer announced news of its vaccine.

Financial stocks, in particular large banks such as HSBC Holdings, Barclays and Lloyds Banking Group, were the biggest winners in the market increase. Drug manufacturer AstraZeneca, who partnered with Oxford University to produce its Covid-19 vaccine, was up nearly 5% after it announced it would be working with the UK government to begin vaccinations early in 2021.

“The AstraZeneca approval will be a game changer for the vaccination process as it is available immediately in quantity and is easily transported and stored,” said Jeffrey Halley, a senior market analyst at OANDA.

“The announcement should be a strong positive factor for UK equities and the pound.”

The regulatory approval comes at a much-needed time for AstraZeneca and the Oxford team responsible for production of the vaccine, as they have recently come under pressure for a perceived lack of clarity about the results from late-stage trials.

The FTSE improvement also comes at a good time for the UK as it struggles to contain the coronavirus pandemic, with the country recording one of the world’s highest death tolls of around 65,000 by mid-December, despite its relatively small population size. The emergence of a more infectious Covid-19 variant has made things worse in the country, and even spread to other parts of Europe.

The mid-cap FTSE 250 index, often regarded as a barometer of Brexit sentiment, also rose as British lawmakers voted overwhelmingly in favor of the trade deal struck by the UK and European Union last week.

“Gains in equities are likely be capped until we see how the mechanics of Brexit unfold next week,” Jeffrey Halley said.

Russ Mould of stockbrokers AJ Bell says the global pandemic will remain a key influence for some time to come, as it is either “beaten back or proves frustratingly persistent”.

“A double-dip recession, thanks to new viral strains and perhaps more stringent lockdowns, could put equity investors on the back foot – even if the FTSE 100 is down by a sixth from its August 2018 and January 2020 highs, the index is up by 30% from its March 2020 nadir of 4,994, so some degree of recovery is already expected,” he said.

Paul Craig, a portfolio manager at Quilter Investors, an investment manager, told the Guardian that the remarkably rapid development of a vaccine candidate less than a year after the first cases were discovered was “hugely positive news” but warned that it was “not a silver bullet”.

He said: “Many of the issues facing developed economies now are structural and a vaccine is not going to prevent the large-scale unemployment we are likely to see as a result of the lockdowns of earlier this year. For now, however, it is a positive and the companies benefiting certainly represent a reopening trade of some sorts.”

While the majority of reaction has been praise for Oxford University and AstraZeneca in gaining UK approval for its vaccine that many say will be vital to the global prospects of ending the pandemic because of its low cost and ease of transportation, some experts have cast warnings about the new proposed mode of application.

More people will now be given the initial dose and the time between injections has been increased to 12 weeks. Some experts have argued that while it was pragmatic to ensure as many people as possible receive the initial shot, there still remained unanswered questions, for example the increased time between shots could result in some people not returning to receive it.

Pfizer-BioNTech have also previously categorically stated that their vaccine was not designed to be used in two shots 12 weeks apart, which the UK’s Joint Committee on Vaccination and Immunization have now authorized. In a statement, the companies confirmed that there was no evidence that the first shot would continue to work beyond three weeks.

“Everyone will still receive their second dose and this will be within 12 weeks of their first. The second dose completes the course and is important for longer-term protection,” a spokesperson for the Department of Health and Social Care (DHSC) said.

Speaking to BBC Breakfast, UK health secretary Matt Hancock said: “Because we’ve got enough of this vaccine on order to vaccinate the whole population – we’ve got 100m doses on order – add that to the 30m doses of Pfizer and that’s enough for two doses for the entire population.

“So I can now say with confidence that we can vaccinate everyone, except of course for children because this vaccine has not been trialed on children, and anyway children are much, much less likely to have symptoms from the disease.”