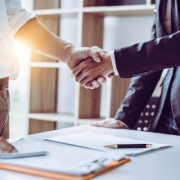 House Speaker Nancy Pelosi and Democratic presidential candidate Joe Biden have both warned the UK against undermining the Good Friday Agreement in order to secure favourable Brexit terms in talks with the EU.

Biden is the latest in a long line of Democrats to speak out against the potential of the UK allowing the Good Friday Agreement, reached in 1998 to bring back peace to Northern Ireland, to be ignored during Boris Johnson’s administration’s Brexit negotiations.

“We can’t allow the Good Friday Agreement that brought peace to Northern Ireland to become a casualty of Brexit, any trade deal between the US and UK must be contingent upon respect for the agreement and preventing the return of a hard border. Period,” Biden tweeted last week.

The House Foreign Affairs Committee wrote an open letter to Boris Johnson, signed by members of both sides of the political spectrum, urging the UK to honour the Good Friday Agreement during Brexit negotiations. The letter also stated that Congress would not support a free trade agreement between the US and UK if the UK failed to uphold its prior commitments with Northern Ireland.

UK diplomats and members of the Conservative party, which currently leads the country, will be concerned with the potential political clash, just 50 days before the presidential election, with the candidate most likely to be named as president.

The UK foreign secretary, Dominic Raab, has travelled to Washington in a bid to repair relationships with pro-Irish US politicians and allay fears that the UK will disregard the Good Friday Agreement during ongoing divorce settlement talks with the EU.

Raab has repeatedly criticized the EU, accusing them of attempting to politicize the Brexit withdrawal agreement. The UK foreign secretary has also insisted that his party has no intention to set up new infrastructure on the border between Ireland and Northern Ireland.

“Our commitment to the Good Friday agreement, and to avoid any extra infrastructure at the border between the north and south [of the island of Ireland], is absolute,” Raab told reporters while stood next to secretary of state Mike Pompeo.

“To be absolutely clear, the UK action here is defensive in relation to what the EU is doing. It is precautionary – we have not done any of it yet – and is proportionate.

“What we cannot have – and this is contrary to the Northern Ireland protocol and a risk to the Good Friday agreement – is the EU seeking to erect a regulatory border down the Irish Sea between Northern Ireland and Britain,” Raab continued.

Pelosi welcomed such assurances but made sure to reiterate the position both she and Congress hold in regard to the Good Friday Agreement and ongoing Brexit talks.

“If the UK violates its international agreements and Brexit undermines the Good Friday accord, there will be absolutely no chance of UK-US free trade agreement passing the Congress,” she said.

“The Good Friday agreement is valued by the American people and will continue to be proudly defended by the US Congress.”

A number of Conservative MPs have reacted with disdain to the comments made by US officials and politicians, with some claiming that the US should concentrate on its own issues and let the UK make whatever decisions it wants to.

“We don’t need lectures on the Northern Ireland peace deal from Mr. Biden. If I were him I would worry more about the need for a peace deal in the US to stop the killing and rioting before lecturing other sovereign nations,” former cabinet minister Iain Duncan Smith told the Times.

“Hey Joe Biden would you like to discuss the Good Friday agreement? It is also called the Belfast agreement so it doesn’t offend both traditions. Did you actually know that? I was born in NI and I’m a Catholic and a Unionist. Here if you need help,” tweeted Conor Burns, who used to be the UK trade minister.

“The error those of us who supported Brexit was to assume the EU would behave rationally in seeking a free trade agreement with a large trading partner like the UK.”

“Is this the same Joe Biden who once described Britain’s position in Northern Ireland as ‘absolutely outrageous’. And who hit the headlines in the 1980s for his stand against the deportation of IRA suspects from the US to Britain?” Conservative MP for Rother Valley, Alex Stafford, tweeted.

“Trade deals are nice to have but not essential. We did not have a trade deal with the US when we were in the EU. Getting back full control of our laws, our money and our borders is essential,” leading Brexiter John Redwood said in response to threats from US officials that claimed there would be no free trade agreement between the two countries if the Good Friday Agreement was forgotten about.