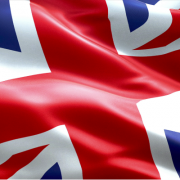 The controversial chief adviser to UK Prime Minister Boris Johnson, Dominic Cummings, is expected to leave his role by the end of the year. Rumours have surfaced that Cummings has threatened to retire, but neither Downing Street nor the 48-year-old himself have yet confirmed his impending exit.

Boris Johnson and his administration have faced a tumultuous few days and it is believed that Cummings departure has been accelerated by happenings inside Number 10 over the past week.

Reports of rising internal tensions have surfaced and Lee Cain, the director of communications and a notable ally to Cummings, resigned just a matter of days ago, allegedly amid ongoing in-house fighting.

“While it’s tempting to see this as a dramatic and sudden eruption, it has been a longer-term burn,” BBC political editor Laura Kuenssberg said on the matter.

“The prime minister’s chief adviser stepped back somewhat from some of the brutal day-to-day politics he had helped create after the election. He had been spending more time focusing on trying to rewire Whitehall – trying to increase the importance of science and data in government – hoping to be less involved in the moment-by-moment political rush.

“But given his profile, and his nature, was that ever a realistic plan?”

Cummings denies that any imminent departure is because of strained relations or Cain’s departure, instead citing a blog post he made at the beginning of the year in which he highlighted plans to make himself ‘largely redundant’ by the end of the year.

The British public have been acquainted with Cummings over the past year and the adviser even had to hold his own press conference in the summer after it was reported that he made a family trip to the north while the country was in a lockdown that prohibited unnecessary travel.

Tory MP Theresa Villiers – who was in cabinet until February – said the chief adviser’s exit offered “an opportunity for a fresh start” and a “more collegiate” approach from No 10.

“There is no doubt that both Dominic Cummings and Lee Cain were pretty dismissive of backbenchers, and on some occasion ministers and secretaries of states as well, and I don’t think that was helpful,” she said.

“I do think it is important whoever takes over from these two has a different approach.”

Since starting his role in Downing Street, Cummings has ruffled the feathers of many of those in his party. The political strategist often made unsavory comments about lesser known Conservative MPs, even branding Brexiteers in his party as ‘useful idiots’.

Now, with the UK in its second lockdown and reports of Downing Street discontent rife, Johnson has a tough task on his hands steadying the ship and rebuilding levels of trust between the UK public and its government. Johnson will attempt to flush out any troublemakers in his team and try to move the country forward positively with a vaccine just around the corner.

“Across this country and around the world this evening, people are asking themselves the same question, about why we’ve got to, in our fight against COVID. And that is, does the progress towards a vaccine that’s been announced today, mean that we are the beginning of the end of our troubles?” Boris Johnson said last week during his latest coronavirus press conference.

“So let me set out our assessment. The Pfizer/BioNTech vaccine has been tested on over 40,000 volunteers and interim results suggest it is proving 90% effective at protecting people against the virus.

“But we haven’t yet seen the full safety data. And these findings also need to be peer reviewed.

So we’ve cleared one significant huddle, but there are several more to go before we know the vaccine can be used. What I can say is that if, and when this vaccine is approved, we in this country will be ready to start using it,” he said.

“Earlier this year, the UK government ordered 40,000,000 doses of the Pfizer vaccine, and offer about a third of the population, since you need two doses each. And that puts us towards the front of the international pack on a per capita basis.

“And I should add that we’ve ordered over 300,000,000 doses from five other vaccine candidates as well. If the Pfizer vaccine passes all the rigorous safety checks and is proved to be effective, then we will begin a UK wide NHS led program of vaccine distribution,” Johnson continued. “We will decide the order in which people are offered the vaccination taking account of recommendations from a group of scientific experts, The Joint Committee on Vaccination and Immunization. And they’re looking at a range of factors, including the different characteristics of different types of vaccines to work out the most effective way to protect as many people as possible, and save as many lives as we can. We’ll be sending out more detail about that in due course.”

Take In The Charm of Iowa