You are here: Home1 / Features2 / Business Feature3 / Confronting And Combating Inequalities In America’s Pediatric Healthcare I...

In America, underserved kids suffer the most from the inequalities that exist within the healthcare industry, but doctors like John Leimert have been working to not only expose that issue, but fix it. 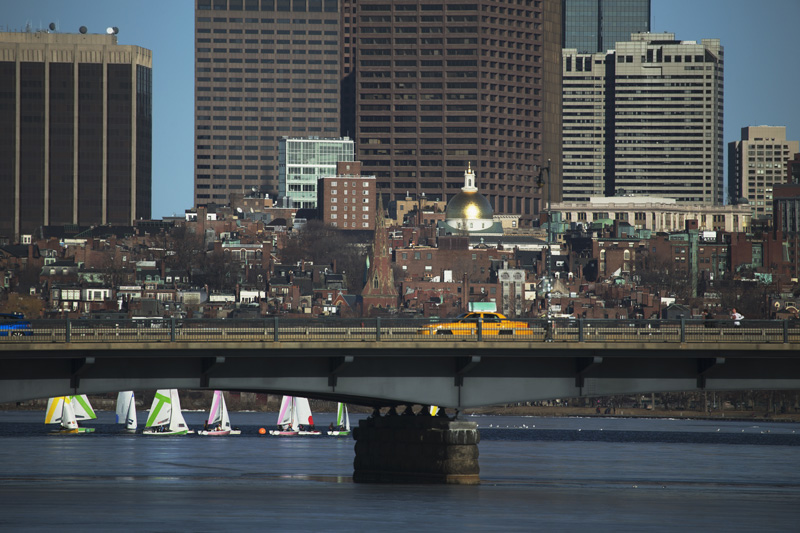 America’s healthcare industry has long had its issues. Pediatric patients especially suffer when they’re born into lower income neighborhoods with little to no medical resources. The difference in treatment one receives when they have private insurance versus Medicaid, or any other financial assistance program, is extremely evident among underserved communities.

Dr. John Leimert has always had a fascination with medicine and helping others. He recalled how from a young age his mother always made sure he kept an eye on those less fortunate than him as a means of remaining grateful.

“I remember once I was in Boston riding in a cab with my mom, and at one point I said to the cab driver ‘wow this area looks like a terrible neighborhood,’ to which my mom responded by asking him to pull over. We got out of the cab and my mom started yelling at me about how privileged and spoiled I was, and how I should’ve thought about how maybe the cab driver could’ve lived in the neighborhood that I was insulting. That night stuck with me for the rest of my life, because she was right, people like myself who have privilege need to be aware of the inequalities that exist all over the world, and I brought that into my career.”

Leimert began working with underprivileged kids before he even entered the medical field. “During the summers I worked at a camp up in New Hampshire specifically for poorer kids. My work centered around coaching these underprivileged kids, and at the time I was in undergrad and deciding what I wanted to do with my chemistry major, so all of these lightbulbs began going off and I knew that the work I was doing with the kids and the knowledge I was gaining at school would be something that I would continue to pursue.”

“I decided a career in medicine could honor both my love of science and my interest in helping children in underserved communities.”

Leimert went to medical school at Tulane University, and at the time worked at the Charity Hospital, which was known for how much it served the lower-income households throughout the state.

“After Tulane, I began my pediatric training at Yale, where I was providing service to a lot of underserved communities containing mainly Black and Latino groups. That work only further exposed all the inequalities that exist for those specific groups, as well as general disparities in the industry. At Tulane I had a scholarship provided by the National Health Service Corps, which worked to place medical trainees in hospitals in underserved communities in exchange for the government paying for the expenses.

Leimert explained how pediatrics and working with kids in general has always been so rewarding, which is why he’s always fought so hard to reach a greater sense of equality among his patients, especially when all of those patients are adorable kids.

“Even though it sounds simple, you really have to love kids to do this job. You have to love being in their presence, hearing about their day, and what their concerns are. Doing so builds a trusting relationship that in turn allows a physician to positively influence the child’s life.”

Pediatrics is also different from any other field of study because it’s not just you and your patient, there’s a third piece to the process and that’s the parents and guardians of the kids. “As a doctor it’s my job to build the connection with my patient, but also their family. It’s important to build that trust among all parties so that they feel the most comfortable in our ability to help their kid feel better. Being open about every step of what I’m doing, and reassuring the families that the priority for me will always be their kid, and not payment, is essential for their peace of mind.”

“Communicating with both children and parents, especially during times of stress, is definitely a challenge unique to the practice of pediatrics.”

Leimert is a father of three himself, and even though all of his kids are now grown and out of the house, he explained how the experience of raising children helped him become an even better pediatric doctor. “When I was a younger doctor fresh out of training, I didn’t have many personal responsibilities outside of my job, so it wasn’t until I had my own kids that I could gain a greater understanding of the struggles a lot of my patients and their parents endure at home, but also reminded me that a lot of the parents I meet with everyday don’t have the same level of privilege as me, so they’re problems were on an even larger scale. So being a dad myself made me more humble and informed as to what the parents I was seeing everyday were going through. My degree of empathy and compassion reached extremely high levels and made a job I already loved feel even more important to me.” 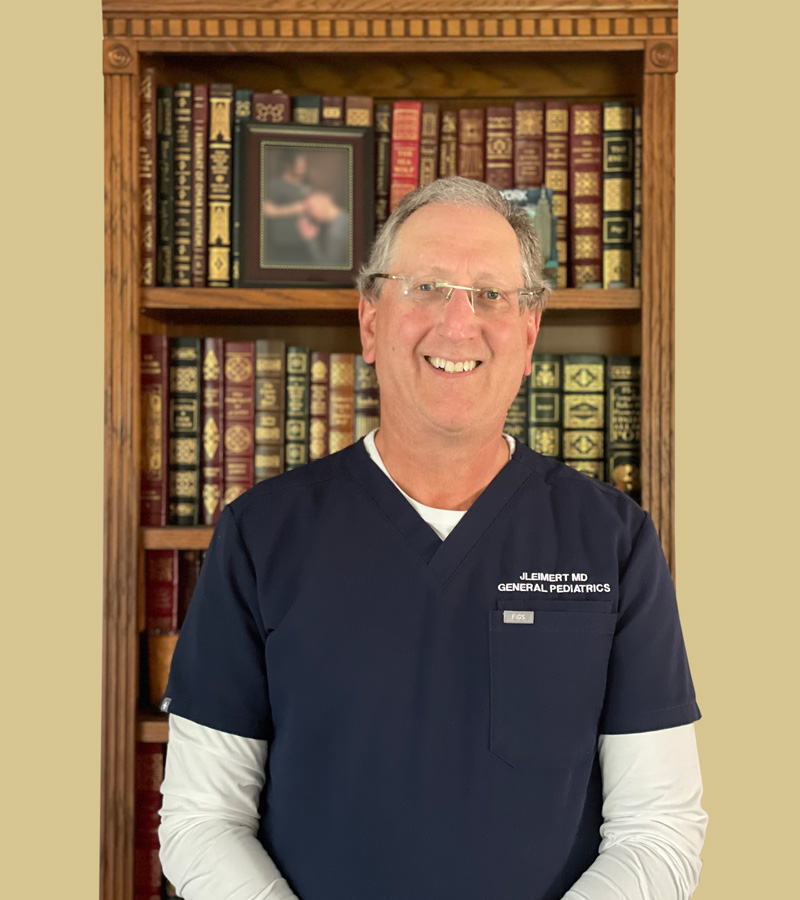 “If you can give the best care you can to people who don’t have access to the resources that others do, then you’re doing the right thing, that’s just always been a part of my philosophy as a doctor.” 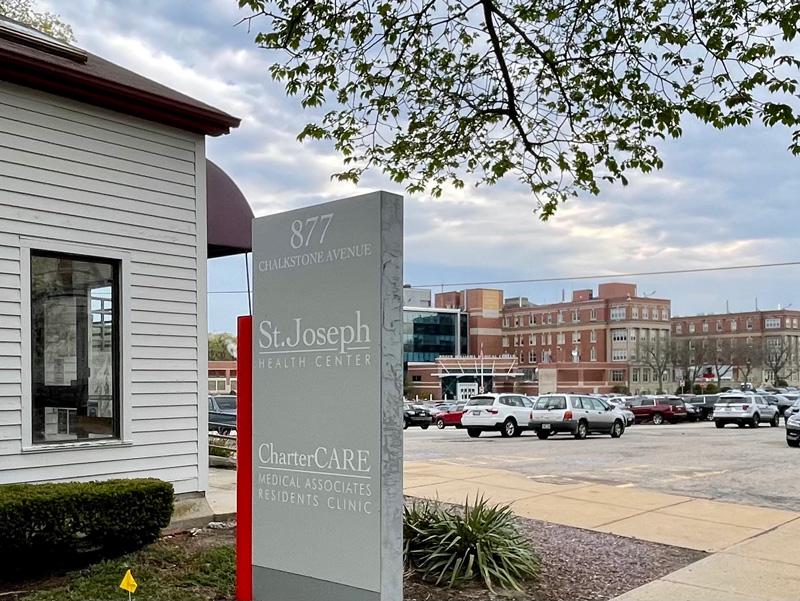 Currently Leimert is the Chief of the Pediatrics Division at St. Joseph’s Health Center in Rhode Island. The health system in general is known as Prospect Medical Holdings, and they’re a for-profit private equity firm that owns hospital systems all throughout the country and work to serve the lower-income families in America. The group mainly looks for hospital systems that are struggling and have patients who are mainly dependent on financial government assistance like Medicaid.

“Prospect Medical Holdings basically comes in and pays off the debts of these health systems, and then brings in additional workers. The group also works with state governments to hopefully provide further financial services to these health systems and their patients.”

“The St. Joseph’s Health Center sees a ton of minority patients, as Providence, Rhode Island itself is actually extremely diverse. We see families that are undocumented, in single-parent households, are in the foster systems, etc., basically there’s no patient that wouldn’t be able to receive help from us if they need it,” Leimert explained. Beyond providing top tier medical services to poorer families, the health center also runs the only statewide poisoning clinic in Rhode Island.

“Many people don’t realize how much of an issue lead poisoning still is, especially in underserved communities. Many poorer families are living in old run down homes that are saturated with lead and other potentially harmful substances;” for context, lead was put in most house paints until 1979 when it was federally required to be removed from paint. Legally Rhode Island requires realtors to cover up the lead paint, not remove it completely; in other parts of the country homes that were painted with lead paint were completely destroyed to avoid any potential poisonings.

“St. Josephs has the only state-run center for lead poisoning, which provides at home monitoring to determine how much of the substance is present. The center also provides the only statewide immunization clinic, meaning any patient can come and get their proper vaccinations regardless of if they’re a citizen or insured.”

The center also has a home asthma education program, which is another at-home service that brings medical professionals into a child’s home so they can educate the child and their family on the full scope of asthma and its treatment. “We do a lot of good for the community, and while we do struggle greatly with the inequalities that exist in society that can create even more issues for our patients, our goal has always been to serve anyone who needs it.”

“There is no better way to show the disparity of healthcare in the United States than to look at the way mental health is treated here.”

Leimert also explained how the mental health sector of America’s healthcare system is one of the greatest examples of the inequalities that exist in the industry as a whole.

“If you have private insurance, you go one way with therapy, if you don’t have insurance/rely on medicaid, you have to go a different way, and pretty much all my patients have to choose the latter. Most psychiatrists don’t accept Medicaid-based insurance because of how poorly they pay, so a whole group of underserved patients are left to suffer while those in a position of privilege have the access to resources that can improve their overall life and well-being.”

Leimert explained how his poorer patients who don’t have private insurance instead rely on “guys like me to provide psychiatric based prescriptions, and while I love being able to provide that relief to my patients, they should also be granted access to professional counselors who are experienced in whatever struggles they’re specifically going through. Private insurance patients can get to a psychiatrist or therapist generally within a few weeks while medicaid supported kids can wait up to a year to receive help.  Luckily St. Josephs has recently added a behavioral health program so I can directly refer my patients to therapists that I’m working with and trust.”

“One thing that we’re learning in how medicine should be delivered is that when it comes to general pediatrics, you should always place behavioral and mental health support with those kind of providers because having a cohabitation of mental and physical medicine in the same space gives everyone a full understanding of what a patient is going through,” Leimert explained, discussing how a general physician is able to get a greater understanding on what’s going on with the body, while the behavioral physician is then able to determine how it’s impacting the patients overall mental health; this is extremely important in kids and teenagers who are constantly growing and developing.

“I think the best way to take care of the poorer individuals in the United States is to expand the health center system, it really is that simple. The health center that provides general medicaid care and behavioral services becomes a medical home for patients.”

Leimert is leaving St. Josephs soon to transition into a new career where he’s going to have the ability to create his own pediatric practice. “I got a call from Southcoast Health, which has three hospitals and many outpatient practices in southern Massachusetts. This job is giving me a chance to build a pediatric practice from the ground up. My new patients will come from all sectors of socioeconomic backgrounds, providing equal care to all children and financial support.” 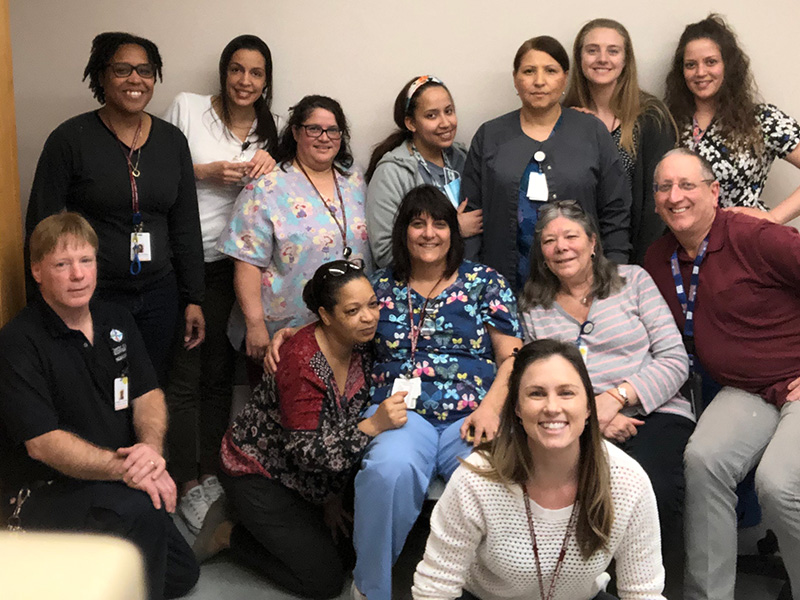 Set your Author Custom HTML Tab Content on your Profile page
The Importance Of Heart Health And Trusting Your Doctor | Dr. Ramzan Zakir