Blog - Latest News
You are here: Home1 / Around The Web2 / Culture3 / Creating A Culture Of Self-Care In The Tech Industry 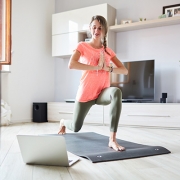 GV Freeman wanted to cultivate joy and reduce suffering in the tech industry. Having grown up feeling out-of-the-loop in Central Nebraska, the St. Louis-based entrepreneur burned extra hours to find opportunities in the tech industry. Self-care wasn’t a priority. It wasn’t even on his radar. In true startup spirit, he singlemindedly drove himself to build a successful career. The toll of stress on himself and the pupils he mentored inspired him to push for change.

So, in July 2016, he started the nonprofit organization Software Field Manual.

Based on a book he wrote by the same name, Software Field Manual teaches new entrepreneurs how to launch technology businesses without wasting time or money. Online resources and in-person workshops help participants create business plans and go-to-market strategies.

But it’s not all about the business side of business. Software Field Manual promotes a culture of mindfulness and mental wellbeing among entrepreneurs.

Freeman believes a healthy company must have healthy leaders. Therefore, mindfulness—a self-care strategy shown to yield massive health benefits—lies at the core of the organization.

“If we as a tech community can start teaching self-care to founders when their companies are limited to one person or two people, we will build self-care and mindfulness into the culture of those companies before they become 100 or 1,000 people,” Freeman said.

“If the former CEO of Uber would have found mindfulness, he might not have been such a douchebag,” Freeman joked. “And he might still have his company today.”

Software Field Manual’s focus on self-care aims in part to mitigate the mental health crisis among entrepreneurs and startup founders, who are particularly at-risk. Entrepreneurs are 50% more likely to experience a mental health condition like depression, substance abuse, or bipolar disorder. The stress of owning and operating a nascent technology business is exacerbated by a toxic culture of working too many hours a week.

“There is a fear and a scarcity mindset attached to money in the United States,” Freeman said. “Especially in the tech startup community, there is almost a guilt attached to working less than 50, 60-plus hours a week.”

Despite the huge amount of hours people put into their jobs, it doesn’t translate into personal wealth.

“The distribution of wealth is so lopsided. You have people taking $250 million salaries home, plus bonuses, and then you have a whole bunch of people on the low end of that who are barely making a livable wage,” Freeman said.

Studying under the late spiritual leader Ram Dass helped Freeman see the connection between startups, self-care, income inequality, and the potential for entrepreneurship to help.

“The further down the mindfulness path you go, your definition of fulfillment and happiness changes. [For instance,] the closer I get to knowing myself, the happier I get. And I begin to realize that happiness comes from the inside, not the outside. So I need a lot less money to be happy,” he said.

How Will Brexit Affect American Travelers?