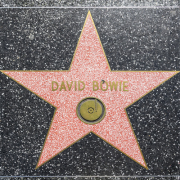 The publishing rights to David Bowie’s extensive and iconic catalogue of songs have been sold by his estate to Warner Chappell Music (WCM), the publishing arm of Warner Music Group. According to an anonymous source, the deal is worth at least $250 million.

Guy Moot, chief executive of WCM, said: “These are not only extraordinary songs, but milestones that have changed the course of modern music for ever … We are looking forward to tending his unparalleled body of songs with passion and care as we strive to build on the legacy of this most extraordinary human being.”

The deal itself means that Warner now owns all the rights to Bowie’s songwriting itself, as well as almost all of the recordings of it. In September of this year, Warner completed a deal to acquire Bowie’s recordings and songs from 2000 to 2016 when he passed away.

Warner already owned all of Bowie’s recordings that were done between 1968 to 1999. There is now just a small number of recorded music that Bowie recorded before the late 60’s that Warner Music does not own.

Warner Music has been repackaging Bowie’s back catalogue in a series of box sets in recent years, which happens fairly often when an older musical legend’s discography is purchased by a larger label.

Bruce Springsteen, Bob Dylan, Neil Young, and Fleetwood Mac are some other musical legends who have sold the catalogues of their music to various companies as a means of earning more money in exchange for the rights.

These deals and acquisitions allow publishing companies to acquire income from royalties, as well as when music is licensed for use in films, TV, and advertising as well.

The specific terms of the Bowie deal have not been disclosed to the public, however, the Bowie estate in the past has been known for closely controlling the use of his music. The 2020 David Bowie biopic, Stardust, which was about the creation of Bowie’s Ziggy Stardust persona, was forbidden by the estate from using any of Bowie’s music in the film.

WCM co-chair Carianne Marshall said: “We were pleased that the estate felt that Warner Chappell has the knowledge, experience, and resources to take the reins and continue to promote a collection of this stature. All of our global leaders and departments are incredibly excited and primed to get to work with these brilliant songs across multiple avenues and platforms.”

Another film has already been approved by the estate, and will be a documentary by Brett Morgan, who is using thousands of hours of rare and unseen live performance footage. 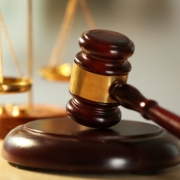 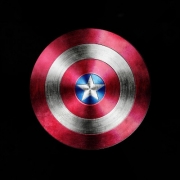 January 6th House Committee Has ‘Firsthand’ Knowledge Of What Trump Was...

Hawaii Likely To Tighten Travel Restrictions In 2022
Scroll to top