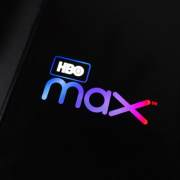 It is no secret that the film industry has been affected by the 2020 coronavirus pandemic. Many production companies have made several adjustments to both their production and film release schedules to encompass the precarious nature of the pandemic and the restrictions it has brought. Companies such as Disney chose to move most of their releases to 2021 and opted to place a few films on streaming services such as Disney+. Recently Warner Bros. made the announcement that Wonder Woman 1984 would be released on HBO Max and in cinemas simultaneously on Christmas Day due to the ongoing health crisis. Most people believed this to be a one off and understandable, however, Warner Bros. then announced that its entire 2021 slate would be released in this fashion. Many of the film industries elite have been speaking out against this move.

Many filmmakers and talent are furious with the move from WarnerMedia, feeling blindsided at the move. In a statement to Hollywood Reporter, the highly acclaimed director Christopher Nolan, (The Dark Knight Trilogy, Interstellar, Tenet), said:

“Some of our industry’s biggest filmmakers and most important movie stars went to bed the night before thinking they were working for the greatest movie studio and woke up to find out they were working for the worst streaming service. Warner Bros. had an incredible machine for getting a filmmaker’s work out everywhere, both in theaters and in the home, and they are dismantling it as we speak. They don’t even understand what they’re losing. Their decision makes no economic sense, and even the most casual Wall Street investor can see the difference between disruption and dysfunction.”

One of Nolan’s predominant concerns was that WarnerMedia had apparently not consulted its talent before announcing the move. Speaking to Entertainment Tonight, he said: “There’s such controversy around it, because they didn’t tell anyone,” adding, “they’re meant to be out there for the widest possible audiences. And now they’re being used as a loss-leader for the streaming service – for the fledgling streaming service – without any consultation. So, there’s a lot of controversy… It’s sort of not how you treat filmmakers and stars and people who, these guys have given a lot for these projects. They deserved to be consulted and spoken to about what was going to happen to their work.”

Other directors such as Denis Villeneuve, director of Dune, is reportedly disappointed with the move. Having intended the new sci-fi epic, Frank Herbert adaptation, to be a two-part theatrical release, specifically for the big screen, in all its glory.

According to media outlets such as The Guardian and Variety, WarnerMedia may face legal consequences for the move. Reports that production company Legendary may look to sue the studio after co-financing Dune and Godzilla vs. Kong. Legendary are apparently attempting to renegotiate their contracts with the studio, having originally understood that these films would be launched in cinemas. They too were apparently kept out of the loop when it came to Warner Bros decision to release their 2021 slate on HBO Max.

In a discussion reported in Variety, director Patty Jenkins (Wonder Woman), and acclaimed screenwriter Aaron Sorkin discussed the repercussions of so many media companies aggressively incorporating streaming platforms at the centre of film production.

Jenkins agreed but added that she believes the industry is missing a considerable opportunity: “When every single studio in town starts chasing the exact same thing, you’re like, Why doesn’t someone differentiate themselves? In this case, I think what’s going to happen is … some studio is going to be smart enough to be an outlier, and all the great filmmakers in town are going to go there, and the theaters are going to favor their movies. Because right now, if there are studios that announce that [releasing day-and-date on streaming] is what they’re going to start doing, every filmmaker’s going to head to the studio that promises they’re not going to.”

Currently most major media companies now have their own streaming service, after other popular streaming service giants such as Netflix, Amazon Prime and so on, WarnerMedia launched HBO Max, Disney has Disney Plus and Hulu, Comcast with Peacock, ViacomCBS with Paramount Plus and PlutoTV.

New Browser Extension Lets Users Take Virtual Vacation With The Click Of A ...