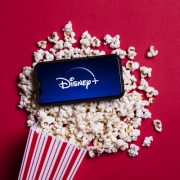 Phase 4 of Marvel’s cinematic universe was due to kick off with the highly-anticipated Black Widow film in May 2020. Due to the coronavirus crisis almost all of Disney’s films have already been postponed from the start of the year and sadly, this is the case across the majority of the film industry. Many films have been pushed back several times already, many of which were moved to release in cinema’s in the latter part of 2020 in the hope that the crisis would have eased by this point, this included Black Widow. The latter part of 2020 looked to be a hopeful reprieve for cinemas, however, with the continually raging coronavirus pandemic and further subsequent delays to film releases, this may no longer be the case. Cinemas have reported waning ticket sales and many venues still are not able to open. Perhaps as a result, Black Widow and the majority of Disney’s 2020 films have been pushed out of 2020 entirely. This includes films from the range of enterprises and studios that it owns, including 20th Century Fox. However, for many cinemas these moves will be a devastating blow, as they were relying on these major films to draw in customers.

Under the Disney, Marvel and 20th Century Fox umbrellas, the following films have been moved:

Death on the Nile – based on the 1937 novel by Agatha Christie, Kenneth Branagh directs a star-studded cast in another mystery film led by Christie’s most famed Detective, Hercule Poirot. The film was due to release on the 23rd of October 2020 and has moved to the 18th of December 2020.

The Empty Man – filling the place of Death on the Nile, The Empty Man will move to the 23rd of October 2020, after its original release was for April 2020. The Empty Man is a supernatural horror film, directed by David Pryor and based off of Vanesa R. Del Rey’s graphic novel. It narrates the story of an ex-cop, investigating into the disappearance of a girl, and comes across a group attempting to summon a supernatural entity.

Black Widow – perhaps one of the most anticipated Disney films this year, Marvel fans have been waiting for a Black Widow spin off since the first Avengers film was released in 2012. Black Widow was set to kick off the new phase of Marvel films and Scarlett Johansson stars is Natasha Romanova, who is groomed into becoming an operative for the KGB and after the USSR breaks up, becomes a freelance operative. Black Widow has moved from November 2020 to the 7th of May 2021.

Eternals – as Black Widow was due to ignite a string of Marvel films, it’s move has therefore had a knock-on effect to the Marvel schedule. Eternals which was due to be released in February 2021 is now releasing in July 2021. Based on the Marvel comics, Eternals is the story of a race of immortal beings who shape human history and civilizations.

Shang-Chi and the Legend of the Ten Rings – This Marvel film, based on the Marvel comics character Shang-Chi, was intended to be the 25th film in the Marvel cinematic universe. Its envisioned release was in May 2021, but as this has now been replaced by Black Widow, the film has moved to September 2021.

Untitled Disney Film and 20th Century Fox film – not unusually, the Disney slate included an untitled Disney event film which was due for release in July 2021 but has now been removed from the schedule completely. Similarly, an untitled 20th Century film was due for release in August 2021 but has also been removed from the schedule.

West Side Story – another a major release of the year, was Steven Spielberg’s remake of the famed musical West Side Story. It was due to premiere in cinemas in December 2020 but is now being pushed almost a full year back releasing in October 2021. Inspired by Shakespeare’s Romeo and Juliet, West Side Story tells the tale of two teenagers from two different ethnic backgrounds who fall in love in 1950s New York.

Another key release from Disney this year, was Mulan, which was recently taken out of cinemas entirely and placed onto the conglomerates streaming service, Disney+, instead receiving a purely digital release. Pixar’s next animation film, Soul has not been delayed and as it stands, is still due for a November 20th release.