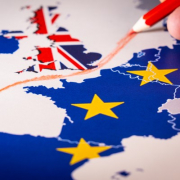 After a stock-take telephone conversation on Thursday, EU Commission President Ursula von der Leyen and UK Prime Minister Boris Johnson have both come out and individually expressed serious doubt of a deal being agreed upon before the deadline.

Boris Johnson claimed that talks were in a ‘serious situation’ following the call with von der Leyen, despite the EU’s chief negotiator raising hopes of a weekend Brexit agreement being reached after persuading the European parliament to delay its deal deadline to Sunday.

“He [Mr Johnson] said that we were making every effort to accommodate reasonable EU requests on the level playing field, but even though the gap had narrowed some fundamental areas remained difficult,” Downing Street said in a statement issued after the phone call.

“On fisheries he stressed that the UK could not accept a situation where it was the only sovereign country in the world not to be able to control access to its own waters for an extended period and to be faced with fisheries quotas which hugely disadvantaged its own industry.

“The EU’s position in this area was simply not reasonable and if there was to be an agreement it needed to shift significantly.”

“The prime minister repeated that little time was left,” the statement went on. “He said that, if no agreement could be reached, the UK and the EU would part as friends, with the UK trading with the EU on Australian-style terms.”

Ursula von der Leyen released her own statement after the call, saying on Twitter: “This evening I took stock with UK Prime Minister Boris Johnson of the ongoing negotiations for a comprehensive Partnership Agreement between the United Kingdom and the European Union.

“We welcomed substantial progress on many issues. However, big differences remain to be bridged, in particular on fisheries. Bridging them will be very challenging but negotiations will continue tomorrow,” she said.

UK MPs broke up for their Christmas break this Thursday, but UK Cabinet Office Minister Michael Gove confirmed that they would be called back to the Commons if a deal is reached between negotiators.

Despite there being less than two weeks left until the deadline, Mr Gove said he believed there was ample time for the necessary legislation to pass before December 21 ‘to give businesses legal certainty’.

However, there have already been reports from some MPs of businesses already facing issues because of the wait to see the conclusion of trade talks.

“I was contacted late last night by a businessman in my constituency who is reliant on imports from the continent and he can’t find a haulage firm willing to carriage on his behalf due to the current delays at the port,” Welsh MP Jonathan Edwards said.

“He’s very concerned unless this issue was resolved his business would not survive into the new year.”

If there is no deal reached between the UK and EU, prices will likely go up for the goods the UK buys and sells from and to the EU. This is because they would be trading on WTO terms, the basic rules for countries that do not have trade deals.

The EU would impose tariffs on incoming goods from the UK, potentially placing some UK industries under pressure. The UK may also have issues exporting food. Because there would be no agreement that UK food standards are acceptable in the EU, produce could face extensive delays at borders.

“It’s long been predicted that competition rules and fishing would be the last areas where compromise is found,” BBC Brussels correspondent Nick Beake said.

“For Boris Johnson’s government, being tied to EU regulations in perpetuity defeats the purpose of Brexit and makes a mockery of “taking back control”. For the European Union, it will not allow its internal market to be undermined by offering the UK unfair access.

“Ursula von der Leyen has claimed the two sides have made a significant step by agreeing to a “strong mechanism” to ensure neither side lowers their environmental or social standards, but are yet to agree on how each could diverge from these levels in the future.

“A good number of EU diplomats were quietly confident it was a matter of when, not if, EU access to UK fishing waters could be sorted. But it’s proving trickier than they thought.

“Sources tell me that Michel Barnier explained to EU ambassadors at the start of this week that if fishing is resolved, then a wider deal would quickly fall into place.

“But there’s no sign of a meeting of minds on fish, with the EU warning openly it may prove to be impossible. But let’s remember this is the most intense of negotiations and that every public proclamation from London or Brussels will be chosen to strengthening their respective hands in what are the final days and hours of talks.”

Re-Vamping Your Home To Boost Your Mood (Especially After The 2020 Pandemic...
Scroll to top