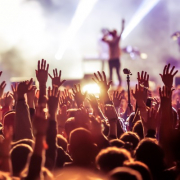 The most famous music festival in the world has been canceled for the second year in a row due to the coronavirus pandemic, organizers have confirmed.

Last year’s 50th anniversary celebrations, due to be headlined by Taylor Swift, Kendrick Lamar and Paul McCartney, were put on hold due to the virus and fans hoped to return the following year. However, the festival will not take place until at least 2022, it has now been revealed.

“With great regret, we must announce that this year’s Glastonbury Festival will not take place, and that this will be another enforced fallow year for us,” a statement released by father and daughter organizers Michael and Emily Eavis said.

“In spite of our efforts to move Heaven & Earth, it has become clear that we simply will not be able to make the Festival happen this year. We are so sorry to let you all down.

“As with last year, we would like to offer all those who secured a ticket in October 2019 the opportunity to roll their £50 deposit over to next year, and guarantee the chance to buy a ticket for Glastonbury 2022. We are very appreciative of the faith and trust placed in us by those of you with deposits, and we are very confident we can deliver something really special for us all in 2022!

“We thank you for your incredible continued support and let’s look forward to better times ahead. With love, Michael & Emily.”

2021’s line-up had not been announced, but many had hoped that the big acts prevented from performing the previous year would return to honor their slot. It has already been an awful year for arts and entertainment industries across the world due to the virus and as many countries continue to struggle, it is becoming increasingly clear that they will likely struggle to recover even in the summer.

UK MP Julian Knight, chair of the DCMS committee that is helping an inquiry into the survival of festivals after the pandemic, said the news was “devastating”.

“We have repeatedly called for ministers to act to protect our world-renowned festivals like this one with a government-backed insurance scheme. Our plea fell on deaf ears and now the chickens have come home to roost. The jewel in the crown will be absent but surely the government cannot ignore the message any longer – it must act now to save this vibrant and vital festivals sector.”

Paul Reed, CEO of the Association of Independent Festivals, which Glastonbury is not a part of, claimed that he was not surprised by the decision to cancel, which will likely have ramifications for the remainder of the British festival scene. “You have to consider its global and cultural significance – it’s the largest green-field festival in the world, and it could set the tone in terms of public confidence for festivals going ahead this year.”

“However, Glastonbury’s size (capacity of 210,000) makes it an outlier. There are 975 festivals in the UK. Though some of the larger events will be making decisions this month as to whether they go ahead, for many of the smaller ones the cut-off will be later.”

A recent AIF survey said that the average “go or no-go” decision date for its smaller festivals was the end of March. It takes a minimum of six to eight months to stage a festival, said Reed, and it costs “anything between £500,000 to plan a 5,000-capacity festival to £12m for a 70,000-capacity festival, which is why we’ve been asking the government to intervene on government-backed insurance and give us some sense of a timeframe on reopening.”

Reed concluded that it was too soon to tell whether the festival season “is on or off”. A second year of cancelations left many at “the real risk of not returning”, he said.

Multiple UK festival organizers have claimed that they will face cancelation and financial ruin if the government does not institute an insurance scheme that would protect them from bankruptcy in the event of the pandemic causing cancelation. A similar scheme is already in place in the UK to help keep TV and film productions in business.

There are similar worries in the US that the continuing effects of the pandemic will continue to wreak havoc on a number of industries, including the art and entertainment sectors. As a new administration begins its term, bringing with it new Covid measures, new vaccination plans and new ideals, it is unclear what the Covid landscape will be in the summer and what events will be permitted.

Glastonbury’s cancelation will worry some hoping to go to the bigger US festivals over the summer but there remains time for the country to get back on track and recover in time for it to be suitable for smaller events to be hosted and enjoyed.

How Your ‘Working From Home’ Habits Can Affect Your Mood