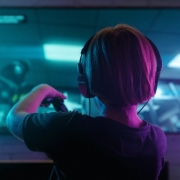 Video games have long held a reputation by some as being one of the main causes of increased violence and crime in the world with Grand Theft Auto being one of most often named games for this theory, something that has been disputed several times over.

However there is some good news for gamers. A study by scientists at the UK’s University of Oxford has concluded that in fact, playing video games can have a positive effect on the player’s mental health.

The Oxford Internet Institute had some of their researchers look at the data from two games – Animal Crossing: New Horizons and Plants vs Zombies: Battle for Neighborville – to research what, if any, the relationship was between the behavior of a game and the gamer’s mental health.

With grants from the Economic and Social Research Council as well as the Huo Family Foundation, the research was carried out alongside Nintendo of America and Electronic Arts and saw the scientists come to the conclusion that those who were enjoying playing the games saw a positive change in their mental health.

Leading the study was the director of research of the Oxford Internet Institute, Professor Andrew Przybylski, who said that the results spoke for themselves, showing that ‘video games aren’t necessarily bad for your health’.

As well as an improvement to your mental health, the study also discovered other psychological factors that helped the player to maintain a healthy wellbeing. The results were compiled via a survey that the 2,756 players of Animal Crossing: New Horizons and a portion of the 518 gamers that were playing Plants vs Zombies: Battle for Neighborville were asked to complete.

Looking at their answers it was clear that the study resulted in a happy experience for most, however the researchers have admitted that the study only shows a fraction of the experiences they would want to look into. If further studies were to be approved the scientists would want to look at the player’s subjective experiences while they are playing, as they believe this could be a larger influence on their wellbeing than just the amount of time they were playing for.

The study reads, “Contrary to many fears that excessive game time will lead to addiction and poor mental health, we found a small positive relation between gameplay and wellbeing.”

“Previous research has relied mainly on self-report surveys to study the relationship between play and wellbeing,” Professor Przybylski said. And while the paper alleges that those playing the game that experienced enjoyment saw a more beneficial reaction to their wellbeing, further information from the gaming companies would provide more in-depth details.
Professor Przybylski continued, “Without objective data from games companies, those proposing advice to parents or policymakers have done so without the benefit of a robust evidence base.

“Our findings show video games aren’t necessarily bad for your health; there are other psychological factors which have a significant effect on a person’s wellbeing.

“In fact, play can be an activity that relates positively to people’s mental health – and regulating video games could withhold those benefits from players.

“Working with Electronic Arts and Nintendo of America we’ve been able to combine academic and industry expertise.

“Through access to data on people’s playing time, for the first time we’ve been able to investigate the relation between actual game play behavior and subjective wellbeing, enabling us to deliver a template for crafting high-quality evidence to support health policymakers.”

The study also stated that “Overall, our findings suggest that regulating video games, on the basis of time, might not bring the benefits many might expect, though the correlational nature of the data limits that conclusion.”

It then appeals for more research saying that “Policymakers urgently require reliable, robust, and credible evidence that illuminates the influences video games may have on global mental health.

“In this study we show that collaborations with industry partners to obtain adequate data are possible.

“Research with these data can be done to academic standards – ethically and transparently.

“We are optimistic that collaborations of this sort will deliver the evidence required to advance our understanding of human play and provide policymakers the insights into how they might shape, for good or ill, our health.”

A previous study by scientists at the Massey University, Stetson University and the University of Tasmania had taken another look at several long-term studies that had researched whether violent video games invoked aggression in the player.

The study, led by Stetson University in Florida’s psychology professor Chris Ferguson found that children who played games such as Call of Duty or Grand Theft Auto had not become more aggressive, a claim that Ferguson had already discounted when discussing whether there was a link between violent behavior and video games.

The paper, published in the Royal Society Open Science journal, stated that, “Studies do not appear to support substantive long-term links between aggressive game content and youth aggression.”