For Paula Wilbert, an injury to her wrists put a dagger into performing her favorite yoga and exercise workouts. However, a solution she found has not only put those concerns to rest, but transformed into a booming business. 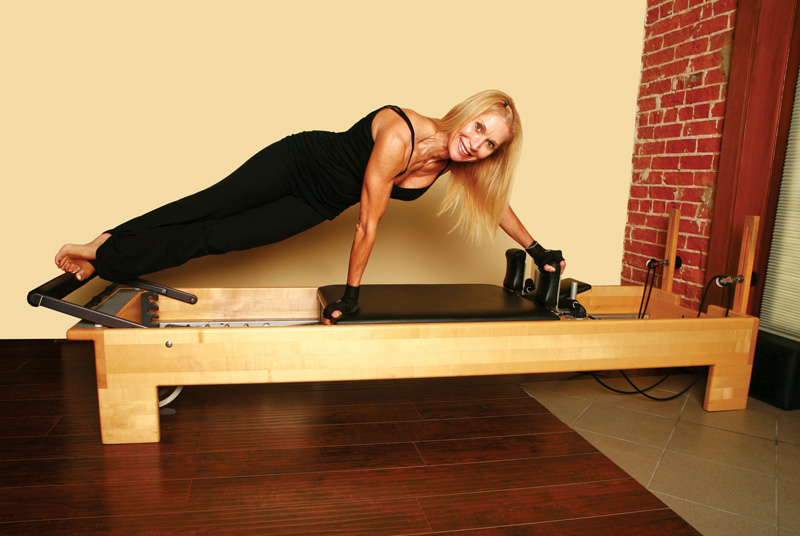 When Paula Wilbert, a former occupational therapist, went out to kick a soccer ball around with her son, she had no idea her life was about to change. It all started that spring day 15 years ago, with snow lingering on the ground. “I was kicking the ball to my son and tripped and fell, landing on both of my hands. I really felt pain in my wrists when I fell on the pavement,” Wilbert reminisced.

After that, Wilbert could not put any weight on her hands & wrists, rendering her unable to do all the exercises she loved. Even after taking time to let the injury heal naturally, she still endured incredible pain when attempting to perform yoga and exercises, like push-ups, that required her to support weight on her hands.

Seemingly backed into a corner, Wilbert let her creative process take over, using an ordinary household object to provide her wrist with relief. “I took a computer mousepad and I put it under the heel of my hand to pad and lift up my wrist, and I couldn’t believe it. I didn’t feel any pain at all.”

Sensing a possible solution, Wilbert promptly ordered gel and — with the help of her sister — modeled a pad and inserted it into a pair of gloves. “I went back to class, and I could do everything without any pain at all,” she said. “It was amazing.”

“Then I started noticing how many people in classes were complaining of wrist pain and hearing the modifications given like, ‘Okay, fold up your mat if this hurts your wrist, or get a large wedge to support them.’ So I thought, ‘I wonder if I could do something with this.'” With that, Wrist Assured Gloves, or WAGs, was born.

“Our ligaments are looser, and our bone structure is smaller. And guys generally have better arm strength than girls, so they don’t sink into the wrists when supporting weight.”

When Wilbert first experimented with the pad, she realized it was the angle of the wrist that was the key. “When you go into full extension, when you’re on your hands and you’re pressing weight through your hands, that’s hard on the wrist joint and the hand wasn’t really meant to be a weight-bearing joint. We weren’t designed to crawl around on our hands and knees,” she explained.

“It’s meant for dexterity with its small, fine bones and there’s a lot of movement in the hand. Women tend to have a lot more trouble with their wrists than men do. I think that’s because of our bone structure and ligaments.”

Wilbert proceeded to make her patented gel pad. “It’s wedge-shaped, and it has an arch support which helps you stay in place on the pad, so you’re not sliding around.  It also has a V cutout where the median nerve crosses the wrist, so you can put weight on the hands without putting weight on your nerve.”

Ever the problem solver, Wilbert wasn’t content with her first version, the WAGs Pro. After listening to feedback from her customers, a second style was added the Ultra, which comes with a wrist wrap to provide extra support.

The next versions up would be the WAGs Flex and Fusion. “The Flex and the Fusion have a different gel pad. It’s still the same concept, it’s wedged, and it has the cutout for the median nerve and everything, but the gel pad is thinner and it’s shorter as it goes across the palm.” Wilbert also noted these versions are great for biking and weights.

Of course, WAGs can be used for lots of different exercises. Wilbert stated a wide range of activities her customers engage in, from yoga to TRX, core strengthening, and boot camps. “We’ve had big success with Pilates because, like yoga, they have a lot of positions you do on your hands.” 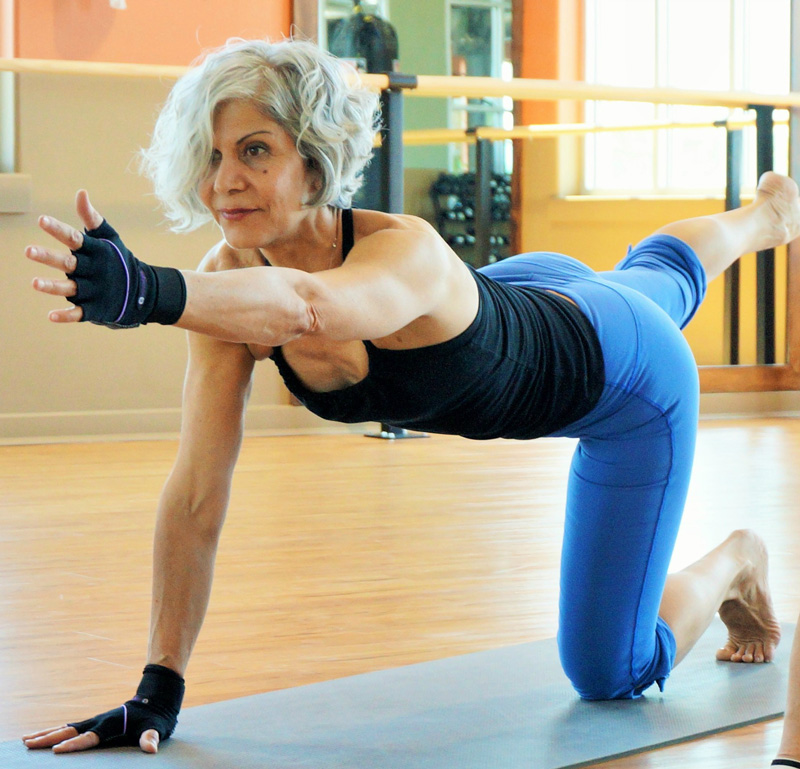 “The two gloves with wrist straps are not recommended for carpal tunnel because they have a wrap that you can tighten around your wrist, and that wouldn’t be good for carpal tunnel syndrome, as it would add pressure to the median nerve and could aggravate symptoms.” 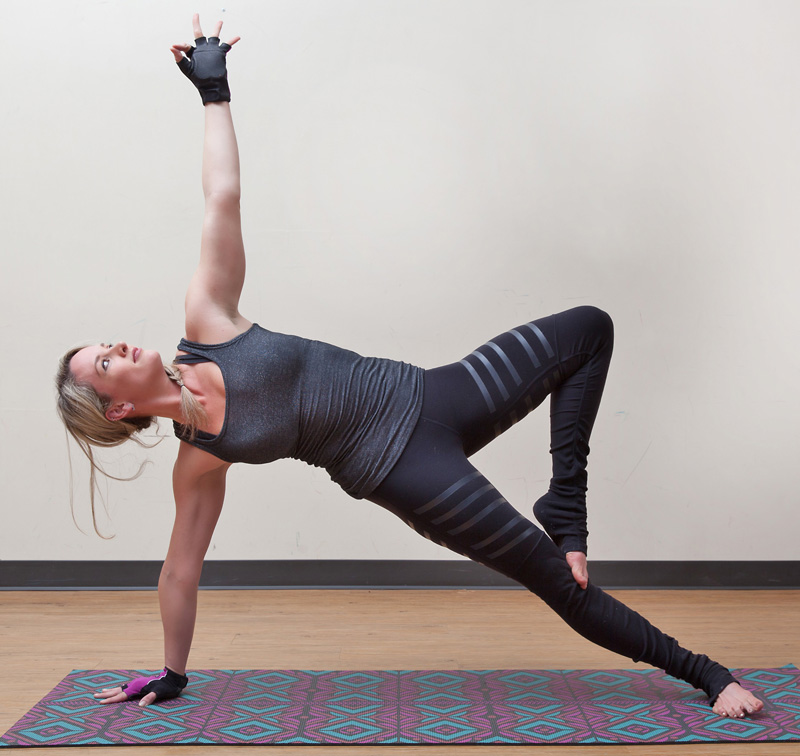 Perhaps even more amazing is the gloves’ abilities to help aging exercise enthusiasts deal with injuries such as arthritis, carpal tunnel syndrome, joint issues, and tendonitis, the latter Wilbert deals with herself if she doesn’t wear her WAGs.

“Tendinitis is a big thing that the gloves help with because when you have tendinitis and you move your joint to the full range of motion, it stretches the tendon. But because this has the wedge, it keeps you from going into that full stretch,” Wilbert said. However, certain versions of the WAGs are better suited for carpal tunnel syndrome than others, specifically those without the wrist straps.

The WAGs that are recommended for carpal tunnel help due to the gloves’ V-cutout, located where the median nerve crosses the wrist. Because of that, wearers are able to bear weight without getting any compression on the median nerve.

Wilbert receives nothing but grateful and informative testimonials from customers — who typically range from 40 to 65 — which she also feels is the most satisfying part of her business. “When people try it and they feel the difference it makes in their hands, they’re so willing to share it with other people. ‘Wow, these gloves, they’re unbelievable, they really work.'”

“They just write to tell us how much better their wrists feel, and they can continue doing the workouts they love and thought they were going to have to give up.” Wilbert added that as a therapist, the goal is to always help people out of a situation dealing with pain or discomfort.

While more WAGs variants are not in the future, she got lots of ideas for other products. “That invention, product development bug stays with you.”

“It’s a problem that a lot of women have that nothing adequately fixes, except for my gloves or a wedge that you have to keep picking up and putting down whenever you’re on your hands. I think that it’s a great, unique product, and it serves a need in the fitness industry.”

The transition from an occupational therapist to an entrepreneur certainly wasn’t an easy one for Wilbert. “It was a learning curve for sure,” she recalled, explaining the marketing skills and techniques needed to thrive in the industry was what she had to learn the most.

Manufacturing also represented a challenge, with Wilbert going from the U.S. to Canada, China, and Pakistan for her products. Despite the distance, she expressed that the relationship between her and the manufacturers has played a crucial part in her success. That, and her trustworthy team of two back home. “They’re great people.” The business sells primarily to the consumer through their website, but also sells wholesale to fitness clubs, Pilates and yoga studios.

While Wilbert knows there are more men in positions of power in the industry, she hasn’t let that define her as a business owner in any way. “I just always went forward; I didn’t let anything stop me.”

Wilbert’s journey from a serious injury to a booming invention has presented her amazing experiences, but all good things must come to an end – in this case, she’s planning on putting up WAGs for sale to a larger distributor, which she hopes will allow the products to reach many more audiences in need of pain relief and wrist support.

“I thought of selling my business previously, because I’ve always felt like I wanted to bring my products to more people.” However, the pandemic forced Wilbert to change plans.

For any potential buyer, Wilbert assures both the products continue to be extremely relevant throughout the fitness landscape. Another bonus of the company is that it falls within two industries — the secondary being medical — increasing WAG’s range of business opportunities. Wilbert explained that certified hand therapists frequently show interest in her products and speak highly of them to their own clients. “Some of the hand therapy clinics are wholesale clients and sell the gloves to their patients with various wrist and hand problems.”

If you’re interested in learning more or purchasing a pair of WAGs for yourself, you can click here. 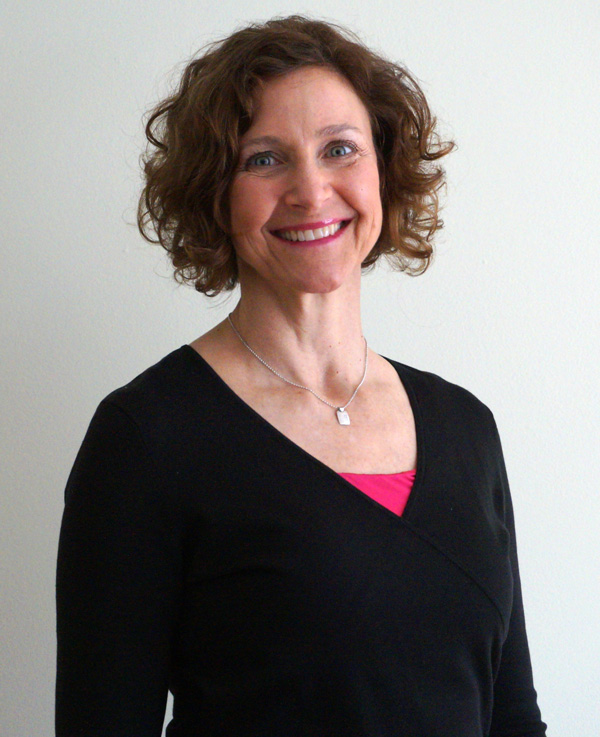 Thanks To San Francisco Giants’ Alyssa Nikken, Women Coaching In MLB Is...

According To Report, Real Estate Closing Costs See Rise In 2021
Scroll to top