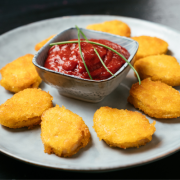 Lab grown, no-kill, cultured meat has been in development for some time, from cultivated chicken, to beef and pork. Many different organisations are developing these products to address the impact livestock production is having on the climate and the environment; producing a cruelty free meat which is also cleaner and free from drugs. Singapore has now given ‘regulatory approval’ for the lab grown meat to be sold in the country which is set to be launched in one restaurant in the ‘near future.’ Making it the very first time no-kill meat will be sold in the world.

The San Francisco based company, Eat Just, has secured the deal, stating that the product will be sold as nuggets and hopes to expand out further than Singapore. It will also produce the product in Singapore but has not yet said when the no-kill meat will become available. According to Sky News, chief executive, Josh Tetrick said that they were in talks with US regulators to roll out the product across the USA as well, stating: “I would imagine what will happen is the US, western Europe and others will see what Singapore has been able to do, the rigours of the framework that they put together. And I would imagine that they will try to use it as a template to put their own framework together.”

As public consciousness changes, and concerns about health, climate change, animal welfare and the environment grow, the demand for meat alternatives is rising. It is a lucrative market, ‘according to Barclays, the market for meat alternatives could be worth $140bn (£104bn) within the next decade, or about 10% of the $1.4tn global meat industry,’ the BBC reported. Many people are turning to plant-based diets and reducing their meat intake as the meat industry is contributing detrimentally to the climate change and deforestation. Several scientific studies have demonstrated that richer countries are eating more meat than needed and contributing to environmental problems, and many argue that cutting down meat consumption is one of the best environmental actions an individual can take. According to The Guardian ‘currently, about 130 million chickens are slaughtered every day for meat, and 4 million pigs. By weight, 60% of the mammals on earth are livestock, 36% are humans and only 4% are wild.’

Josh Tetrick, of Eat Just, said: “I think the approval is one of the most significant milestones in the food industry in the last handful of decades. It’s an open door and it’s up to us and other companies to take that opportunity. My hope is this leads to a world in the next handful of years where the majority of meat doesn’t require killing a single animal or tearing down a single tree.” There are still challenges, the expense of producing lab-grown meat could mean that these products are far too expensive and price many people will be unable to afford the product. Previously the company was going to sell the lab-grown chicken nuggets at $50 each, but they have been reduced to the price of premium chicken.

Further, the production of cultured meat production currently uses a lot of energy and therefore creates carbon emissions. However, manufacturers have said that once these methods are scaled up they will produce lower emissions, use less water and land than conventional meat farming. Further, the product would hopefully become cheaper when rolled out on a larger scale. However, in order to roll out the product, these companies may also face the challenge of public perception.

Nevertheless, by offering cruelty free, no slaughter meats, producers can offset the environmental and animal welfare concerns, offering a great alternative for consumers who still enjoy meat products. Other ethical, lab grown meat companies are also developing produce and trying to break into the growing market, including ‘Future Meat Technologies’ based in Israel and ‘Memphis Meats’ backed by Bill Gates.

Lab-grown meats are cultivated by taking cells from live animals, and developing meat in a lab from those cells. The Guardian explains:

‘The cells for Eat Just’s product are grown in a 1,200-litre bioreactor and then combined with plant-based ingredients. Initial availability would be limited, the company said, and the bites would be sold in a restaurant in Singapore. The product would be significantly more expensive than conventional chicken until production was scaled up, but Eat Just said it would ultimately be cheaper. The cells used to start the process came from a cell bank and did not require the slaughter of a chicken because cells can be taken from biopsies of live animals. The nutrients supplied to the growing cells were all from plants.’