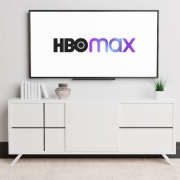 2020 has not been a good year for film and cinema, when the pandemic hit, much of the film industry was put on pause causing both television and film sets to suspend filming setting back schedules as much as a few years. Lockdown restrictions meant that many cinemas across the world were unable to open and the only film-viewing service that really benefited were streaming services. Throughout the year, many production companies have made the decision to move their films to later dates, (some moving several times) or in the case of some features – to streaming services completely. Recently Disney made the decision to move almost its entire 2020 film line-up to 2021, and was the only production company that made the decision to move films ready for release in 2020 to 2021. Warner Bros. has now announced that their entire 2021 slate, will premiere on both HBO Max at the same time that it will be released in cinemas.

Recently, Warner Bros. announced that its highly anticipated Wonder Woman sequel, Wonder Woman 1984 would debut both on the HBO Max streaming service and in theatres on Christmas Day, simultaneously. This was largely seen as a move to combat the difficulties of viewership during the pandemic. However, this new release strategy will be replicated over the next twelve months, meaning that other high-rated films such as The Matrix 4, the Dune remake, Lin-Manual Miranda’s adaptation of In the Heights, and the new The Suicide Squad movie, will all land on HBO Max at the same time as they reach the cinemas.

Variety writes: ‘In the short term, the move will inject some welcome buzz into HBO Max, a Netflix challenger that launched last spring without generating much sizzle. One of WarnerMedia’s key rivals, the Walt Disney Company has strengthened its share price because of its investment in streaming offerings such as Disney Plus even as its core theme parks and film businesses have cratered. WarnerMedia and its corporate parent AT&T are likely making the move with an eye towards pleasing Wall Street.’

Regarding the move, WarnerMedia CEO Ann Sarnoff said in a statement:

“We’re living in unprecedented times which call for creative solutions, including this new initiative for the Warner Bros. Pictures Group. No one wants films back on the big screen more than we do. We know new content is the lifeblood of theatrical exhibition, but we have to balance this with the reality that most theaters in the U.S. will likely operate at reduced capacity throughout 2021.

With this unique one-year plan, we can support our partners in exhibition with a steady pipeline of world-class films, while also giving moviegoers who may not have access to theaters or aren’t quite ready to go back to the movies the chance to see our amazing 2021 films. We see it as a win-win for film lovers and exhibitors, and we’re extremely grateful to our filmmaking partners for working with us on this innovative response to these circumstances.”

There have been many concerns that studios’ choices to move their content largely to streaming services, will ultimately damage the movie theatre industry. When Warner Bros. announced the move for Wonder Woman 1984 they offered theatres as high as 60% of the revenue to get them on board and break theatrical contracts. However, there is not yet any information on whether these deals will be applied for the upcoming 12 months of releases. If not, many cinema owners may not be happy with the move which will eat into their revenue – even despite the uncertainty of the coming twelve months, as many countries are still facing second waves of the virus.

According to Empire: ‘the move means that films such as Dune, the fourth Matrix outing, In The Heights and more will play both in cinemas and on the streaming service for 31 days before continuing on exclusively in cinemas ahead of a more normal release on home entertainment outlets. According to all the current reporting on the plan, countries such as the UK, who have more cinemas open, and a better handle on the crisis, will stick to the theatrical-only plan.’

The films that will be premiered within this new model include: The Many Saints of Newark, Space Jam: A New Legacy, Suicide Squad, The Little Things, Judas and the Black Messiah, Tom & Jerry, Godzilla vs. Kong, Mortal Kombat, Those Who Wish Me Dead, The Conjuring: The Devil Made Me Do It, In The Heights, Reminiscence, Malignant, King Richard, and Cry Macho.

No-Kill Meat To Go on Sale in Singapore

How To Check Your Carbon Footprint
Scroll to top