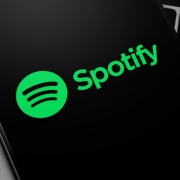 After a year where staying at home has become the new normal for music lovers and artists alike, music streaming platforms have played an important role throughout the pandemic. Streaming platforms can enable artists to reach large audiences and share their music knowing that it is continuing to bring joy to the lives of people who may need it.

“Spotify wrapped: Year in Review” has become a looked forward to fixture of the end of the year. It compiles personal user information, such as the songs, albums and podcasts, that have been enjoyed throughout 2020 by each user. They also produce listening stats about individual artists and what have been the most popular artists, songs and albums across the world.

With access to full listener history covering the past year, you are presented with the songs and artists you were listening to the most throughout the year, how many minutes you have spent using Spotify and what genres you listened to in particular. This might come as a shock to some in comparison to past years because of the increased time we spent at home.

Listeners can access this information by heading to Spotify.com/wrapped where you will be asked to connect your spotify account or visit the app via the home screen.

Perhaps more impressively, this data is then combined to present Spotify’s Annual Wrapped List incorporating categories such as ‘The decade we threw back to the most was the 1980’s’.

It might come as no surprise that the UK’s most listened to artist was rapper Drake who released songs such as “Toosie Slide” and “Laugh Now Cry Later” over the course of the year. Coming in at second place was Juice WRLD, Eminem in third, Ed Sheeran (who was last year’s winner) fourth and The Weeknd fifth.

Ed Sheeran continues to rank highly within the list, noted as the most popular British artist in the UK, which is even more impressive due to the fact Sheeran has not released any new music over the course of 2020. He claimed this title ahead of Stormzy, Dua Lipa, Lewis Capaldi and Harry Styles.

Over the course of the pandemic there was one song that was on repeat for many: The Weeknd’s “Blinding Lights”. This has been recognized in the list as the most played song of 2020, coming in ahead of SAINt JHN’s “Roses” as remixed by Imanbek in second. “Rockstar” by rappers DaBaby and Roddy Ricch was third, Roddy Ricch’s “The Box” came in fourth and Tones and I’s “Dance Monkey” was fifth.

In a remarkable achievement for a debut album, Lewis Capaldi’s “Divinely Uninspired To A Hellish Extent” was the most-streamed album in the UK beating “Fine Line” by Harry Styles, “Shoot for the Stars” by Pop Smoke, “After Hours” by the Weeknd and “Future Nostalgia” by Dua Lipa.

Throughout the year many people have been looking for new ways to spend their time in lockdown and one of these has been listening to podcasts. They have become a go-to for many and on the Wrapped List The Joe Rogan Experience, Ted Talks Daily and The Daily came in as the top 3 podcasts.

Spotify also ranked some of the Top playlists for Self Care, which included Confidence Boost, Your Favourite Coffee House, Songs to Sing in the Shower and Just Smile.

Looking on a global scale, the highest streamed artist was announced as rapper Bad Bunny, from Puerto Rico with 8.3 billion streams from Spotify’s 320 million users this year. The astonishing figures show his most popular song release to have been “Safaera”, which was played a staggering 407 million times. Completing the top five, Drake came in as the second highest streamed artist followed by J Balvin in third, Juice WRLD in fourth and The Weeknd in fifth.

Alongside the pandemic, another pivotal moment of 2020 was the global Black Lives Matter movement protests, leading to the category ‘The Songs that Soundtracked the Movement’ which were listed as “This Is America” by Childish Gambino, “I Need You Too (Breonna Taylor)” by Toni Nwigwe, “Black Parade” by Beyonce, “Alright” by Kendrick Lamar, “The Bigger Picture” by Lil Baby.

Spotify has played a big part throughout the pandemic not only through enabling us to continue to listen to music, but looking back to March 2020 the streaming giant pledged $10m (£8.4 million) to support struggling artists, incorporating initiatives such as links to donation pages which artists can utilise to direct users to as well as offering some of the creative tools Spotify’s offers free of charge.

As we come to the end of the year, we begin to see numerous awards and charts to acknowledge successes of 2020. It is undeniable that this has been a challenging year which makes it all the more important to celebrate these achievements and continue to share our love for music.

Chadwick Boseman Honored As MTV Awards’ Hero Of The Ages