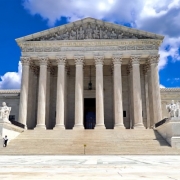 Supreme court justice Ruth Bader Ginsburg was 87 when she passed on the 19th of September 2020 after a battle with cancer. Her career was long, prosperous and inspiring, catering for gender equality and civil rights, her convictions being to fight against the discrimination against women in the US and to reveal how these discriminations violated the American constitution. During her career she became the second woman ever to serve as a Justice on America’s highest court, despite the barriers and pitfalls of blanket sexism that was, and is, ever prevalent in American society. However, her brilliance was overcoming these barriers and dismantling some of the laws that allowed them to occur.

Ruth Bader Ginsburg began her career with a bachelor’s degree from Cornell University in 1954 where she finished first in her class. She married fellow law student Martin D Ginsburg that same year. Later, she enrolled into the male dominated Harvard law school, where she was one of eight females in a class of over 500 and discriminated against for being female. However, Ginsberg excelled and became the first female member of the Harvard Law Review. When her husband contracted testicular cancer in 1956, Ginsburg looked after him and their daughter whilst attending both their classes, taking notes for Martin and doing her own work whilst he recovered. Despite her incredible education records she struggled to gain employment after graduation due to gender discrimination.

She became the first female tenured professor, teaching at both Rutgers University Law School and Columbia school. She co-founded the Ginsburg co-founded the Women’s Rights Project at the American Civil Liberties Union (ACLU) in 1974, and as general counsel 1970s she argued six landmark gender-discrimination cases before the US Supreme Court, winning five. Her aim was to dismantle sexist laws and policies one by one, rather than urging the Supreme Court to overturn all laws that treat men and women differently, which was likely unachievable, so instead Ginsburg took this highly intelligent approach. Aware that the Supreme Court was exclusively male, Ginsburg ingeniously often represented men in order to exemplify how gender-based discrimination affected both men and women. In 1980, President Carter appointed Ginsburg to the US Court of Appeal and she served there until she was appointed to the US Supreme Court in 1993 by President Clinton.

Among countless achievements Ginsberg’s work helped overturn several laws that discriminated against women and men, acting as a voice for women across the USA. Demonstrating just some of her achievements, Ginsburg’s work meant that: major schools were not allowed to bar women from education, the equal credit opportunity act allowed women to apply for credit cards and mortgages without a male co-signer, she made major strides in equal pay and pro-choice, she protected employees from discrimination based on gender or reproduction choices including helping to protect pregnant women in the workplace by highlighting that pregnancy discrimination was sex discrimination, she argued that women should serve on juries, was a key vote in the same-sex marriage act and argued that men should be entitled to the same caregiving rights as women among much, much more.

A week after her death, memorials outside the Supreme Court have been installed and outpourings can be seen circulating across the world, as thousands celebrate the legacy of this incredible woman who quite literally changed lives. According to The Guardian, ‘Supreme court justice Ruth Bader Ginsburg on Friday becomes the first woman in American history to lie in state at the US Capitol building in Washington. Rosa Parks – a civil rights heroine and a private citizen, not a government official – was previously the only woman who has lain in honor at the Capitol, though not in state, after her death in 2005.’

Speaking at the Supreme Court’s Great Hall, before her casket, Chief Justice Roberts said: “her life was “one of the many versions of the American dream”. Ruth wanted to be an opera virtuoso but became a rock star instead,” he said during the private ceremony, noting her battles against gender discrimination throughout her career. The daughter of Jewish immigrants, Ginsburg struggled against sexism for decades. She graduated top of her class at Columbia Law School but received no job offers. She later remarked: “I struck out on three grounds: I was Jewish, a woman and a mother,” the BBC transposed.

The Guardian also reported: ‘despite Ginsburg’s dying wishes that her successor not be seated until after the next president is installed, Trump plans to announce his nominee on Saturday and hopes to fill the liberal’s seat with an arch conservative before the election on 3 November.’