Thanks To “Psych-K,” Those Lacking In Self-Confidence Are Able To Regain Inner Strength And...

You are here: Home1 / Features2 / Health Feature3 / Thanks To “Psych-K,” Those Lacking In Self-Confidence Are Able To Regain Inn...

Confidence is a crucial skill that can impact so many parts of our lives, from personal relationships to careers. Unfortunately, whether from past incidents or anxiety, that self-esteem can be difficult to grasp. Luckily, life coach Jeanne Northington has helped clients to overcome their struggles thanks to “PSYCH-K,” a method that has seen plenty of success. 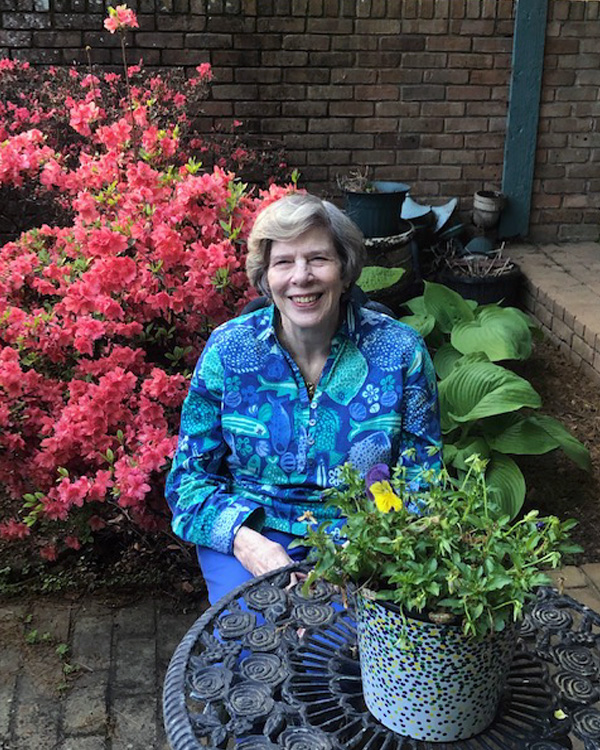 For many, improving self-confidence can be a seemingly insurmountable challenge. Whether insecure in a social setting, feeling not good enough, or wrestling to accomplish a simple task, a lack of self-confidence can make every day a struggle to maintain their self-worth. Fortunately, there are methods that can change negative self-beliefs into the positive so that the individual can  overcome the obstacles and feelings of unworthiness.

Thanks to her expertise, programs, and guidance, Jeanne Northington, founder of Life Coaching Solutions, helps her clients achieve the changes in their confidence and mindset that have, up to now, eluded them.

A central part of Northington’s coaching is “PSYCH-K,” which she describes as a method to “change negative beliefs into positive beliefs at the subconscious level.” Changes made at the conscious level are often temporary and fleeting.

“By changing those beliefs at the subconscious level, they become automatic and require no reminders from the conscious mind. These new positive beliefs are there to stay.”

PSYCH-K is also effective for deleting negative recurring thoughts. “If you have a belief that ‘I’m a loser,’ it can be changed to ‘I am a winner.’ Or the belief, ‘I don’t deserve to be happy,’ becomes ‘I deserve the best life has to offer.’ The change happens at the subconscious level when the client assumes certain postures with the wrists and ankles while repeating the new desired belief. The posture engages both hemispheres of the brain. When the hemispheres communicate with each other, they can rewrite beliefs,” Northington said.

“When you try to install a new belief, there may be an argument between the two hemispheres. One hemisphere says, ‘Yes, it’s true,’ and the other hemisphere says, ‘No, it’s not.’ This continues, while maintaining the posture, until the issue is resolved and the new belief is adopted. Imagine how many negative beliefs are held in the subconscious and how these beliefs affect self-esteem.”

For many of her clients, Northington said she believes that “poor self-esteem is a lifelong issue caused by beliefs they assumed were true during childhood.” “If a child makes a mistake, he may conclude that he is incompetent or stupid. He then internalizes that belief even if no one had told him he was incompetent. Of course, if others, peers or adults, criticize him, his self-esteem further suffers.”

“If adults lack confidence, they may believe that they are not good enough, or that they cannot accomplish a goal, or that they don’t deserve to win. Any of these credences serves as a roadblock to success in life. Achieving success becomes an uphill battle against negative self-esteem. The good news is that no matter how long a person has held a negative belief, it can be changed easily and quickly with PSYCH-K.” 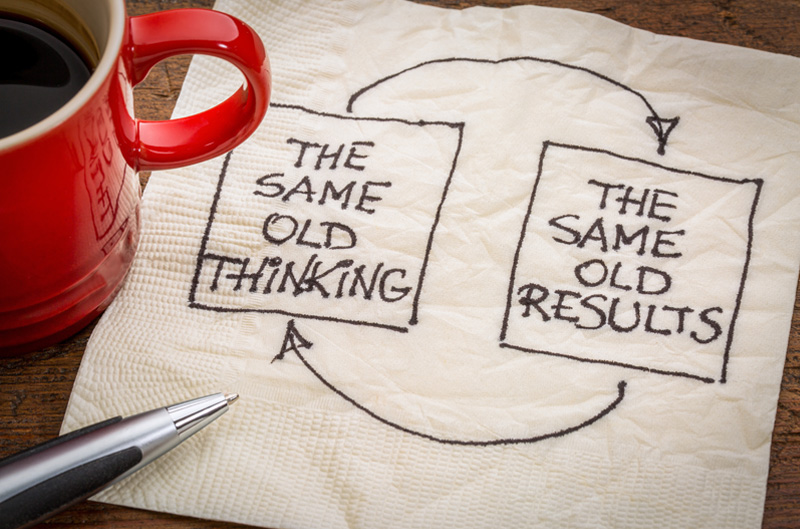 “You either believe you deserve it and go after it, or you say, ‘Never mind, it just won’t happen,’ and you don’t move forward with the request.” 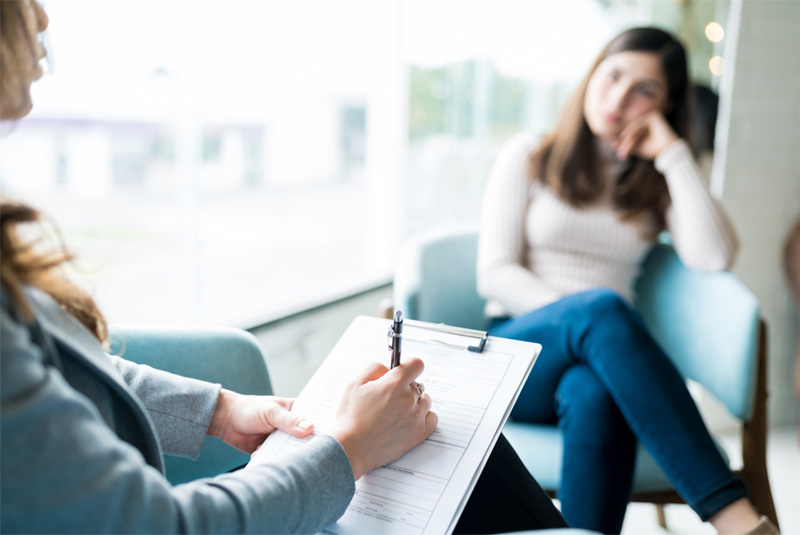 While coaching is able to help most anyone, regardless of his career, Northington’s help could be more critical in the financial realm. Indeed, a lack of self-confidence on the job can directly affect one’s income. A 2008 study on self esteem and earnings found that individuals from blue-collar families who have confidence earned around $7,000 more than those who lacked self-confidence.

For self-confident white-collar workers, the gap is $28,000 more than that of their counterparts. Over 10 years, that can add up from $70,000 to $280,000 lost. “Success in your career may depend on how confident you are in your ability, especially when asking for a raise or requesting to move to a different job area,” Northington said.

Positions that require frequently communicating, listening, and utilizing one’s personality and charm, such as in sales, are among the careers that could really benefit from PSYCH-K. “I think sales can be a particularly difficult career. It takes resilience to work past people who are unreceptive, negative, and/or insulting. I think you need even more self-confidence in a sales career.”

When starting with new clients, Northington begins with learning where they are stuck and unable to move forward. “First, we will have just a conversation on where they feel blocked in their life, what goals they are not achieving, or what seems to be in the way of getting what they want out of life. And so, after we determine what the issues are, then we can create whatever affirmations are needed to change their attitude or belief. For example, if they believe they don’t deserve success, then we can choose statements that reflect that they are deserving and are worthy of all the success life has to offer.”

“When I was 28 years old, I was given the diagnosis of multiple sclerosis. I had 2 daughters, ages seven and two, and of course MS turned my and my family’s lives upside down.”

To install the belief in the subconscious, the client assumes certain positions with his wrists and ankles. He then repeats the desired statement until a shift occurs. Then he says the statement again and is muscle tested. If the arm remains straight, the new belief is installed. However, there is more to PSYCH-K than this example explains. For the full experience, one can contact a PSYCH-Instructor or Facilitator for a session.

Northington didn’t begin her career as a life coach experienced in PSYCH-K. Instead, she began as an eighth-grade English teacher who loved teaching. After raising children of her own and taking time away, she decided to return to school and earn a Master’s Degree in Counseling. She had a private practice for 17 years. During that time, her sister told her about an upcoming workshop. “She said, ‘Oh, you have to take this PSYCH-K workshop with me. It’s wonderful, you’ll love it, and you can use it in your counseling work.'”

Having taken more continuing education hours than she needed, Northington was not convinced she needed another workshop. That did not stop her dedicated sister, however. “She persisted for about three days, saying ‘Have you signed up yet? Are you going to do it? Come on, let’s go.’ Finally I said okay, I’ll do it,” laughed Northington.

When discussing the idea of confidence, Northington may know better than many of the value of confidence in overcoming life challenges due to facing multiple sclerosis (MS) that was first diagnosed in her twenties. “Fortunately, I had the exacerbating/remitting form of the disease, which means that I would have a period of time with no MS attacks. Then, unexpectedly, I would lose the use of either an arm or a leg. After a couple of months, however, I would recover.”

This pattern persisted until 1988, when something new occurred. She had the overwhelming experience of being paralyzed from the waist down. She couldn’t move her legs for a year and a half. It took her 6 months of physical therapy to learn to walk again. What a triumphant victory! Since 1990, she has been completely free of any MS attacks. With her health intact, she continues working as a Life Coach both in person and online. She has also introduced a new program, “Women Recapturing Their Self-esteem After Divorce.” 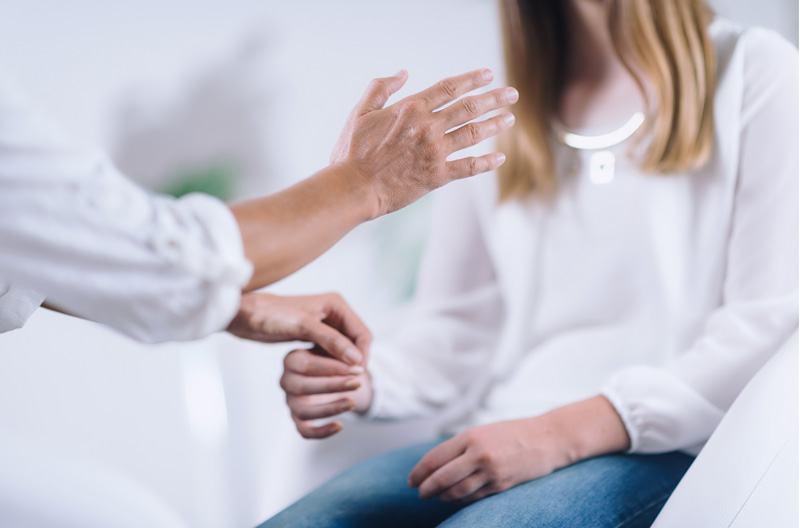