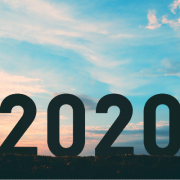 2020 has been an unprecedented, tumultuous and devastating year for many reasons and whilst it is fully warranted to see the year away with a ‘good riddance’, lets take a moment to appreciate all the incredible and beautiful things that have come out of a world devastated by a global pandemic.

Love or hate the way the latest presidential election turned out – a record number of Americans turned out to vote in the presidential election despite a global pandemic. It was a vote that made American history, electing America’s first female, Black, Asian-American vice president to the Whitehouse. According to the Washington Post, ‘black women led the nation to this fortunate result, with more than 9 in 10 voting for Democratic candidate Joe Biden in an election that was far closer than it should have been.’

Reformations Around Racism and The Treatment of Black Lives
One of the most horrifying acts of 2020, was the death of George Floyd, and whilst nothing can justify such an act, the ensuing protests began to change the world. Forcing reformations, reflections, awareness and change from individuals to systems alike around the world. We saw the individual person having important conversations around systematic racism with friends, family and strangers alike, worldwide protests raged taking down symbols of slavery and putting petitions and demands for change to their governments and more and more people looked into how they could effect change. These changes ranged from the big to the small – institutions such as the Oscars reformed their entry criteria to ensure inclusivity and reformations have begun within police departments themselves – from banning chokeholds to repealing the 50-A legislation which safeguarded police officers from being held accountable for acts such as brutality.

Wins For Climate Change and the Environment
Lockdown procedures throughout the world saw a rapid drop in CO2 emissions in the atmosphere and although these levels were short-lived, there was still a steady increase in awareness surrounding climate change. More governments began implementing climate change in their economic recovery plans from COVID-19, businesses looked to reduce their carbon footprint or plastic usage, China pledged to reach carbon neutrality by 2060 and with the election of Joe Biden, the USA is set to re-join the Paris Agreement.

The cost of renewable energy is declining, popularity of electric cars is on the rise and more countries pledged to sustainably manage their coastlines – reducing pollution and combating overfishing among much more. Further reformations have been made for wildlife as China brought in new laws to reform its wildlife trade and raised protection for endangered species such as Pangolins.

Scientists have also been engineering ways to better help the environment, such as the development of a plastic eating enzyme that can break down bottles in days. Business Insider reported: ‘The new solution comes from researchers at the Center for Enzyme Innovation in the UK and the National Renewable Energy Laboratory in Colorado. The enzymes break down a common type of plastic called polyethylene terephthalate (PET) — used in single-use bottles as well as clothing and carpets — into its chemical building blocks.’

Scientists Pulled Together to Deliver a Vaccine
The COVID-19 pandemic took hold of the world quickly and violently, but since the emergence of the SARS-CoV-2 virus in 2019, scientists have been working hard and fast to not only learn and understand all they could from this new virus, but deliver a vaccination. Scientists across the world pulled together to deliver a vaccination in record speed, the Pfizer BioTech vaccination was completed in November 2020 at 95% efficacy and began being approved by drug authorities from December. Other vaccinations such as the Moderna vaccination have also been completed.

The coronavirus crisis has been met by many incredible achievements from scientists, doctors, researchers everywhere. Healthcare workers and essential workers around the world became everyday heroes as they nursed, protected and served millions of people affected by the coronavirus pandemic. A global partnership under the World Health Organisation supported by foundations such as the Bill & Melinda Gates Foundation ensured that millions of quality COVID-19 tests would be affordable for low and middle income countries, supporting the notion of a ‘global fight’ against COVID-19.

If that all wasn’t enough, Africa was declared free of Wild Polio, the Supreme Court ruled that no one can be fired for being gay or transgender, the UK relaxed its rules on blood donations if you are gay or bisexual, Scotland became first country in the world to provide free period products effectively ending period poverty for its people, the Oscar for Best Picture (for the first time ever) was awarded to the International film Parasite and so much more. Finally, people across the world came together, supporting neighbors, volunteering time and expertise, entertaining people for free, spreading love, cheer and acts of kindness, reconnecting with old friends and loved ones, raising money and so so so much more.