Modern toxicology methods have grown to be outdated and too generalized, which is why experts like Ted W. Simon are dedicated to educating people on the issue, as well as finding more accurate ways to test for drugs or alcohol. 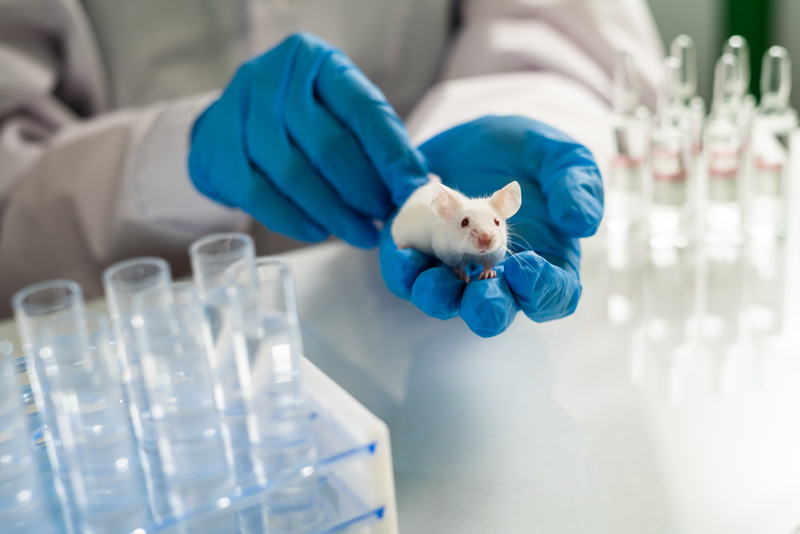 The field of toxicology is one of the foundations of how our society functions. Whether you’re taking a mandatory drug test for your job, in law enforcement, or just picking up some over the counter medication at the pharmacy, without toxicology none of these industries would be able to run in a safe and efficient manner.

Toxicology is defined as the study of foreign chemicals as they react in a living body, and while it’s extremely important that the processes in this field are accurately performed, there are major flaws that exist within them.

Currently, animal testing is one of the biggest ways in which the US determines what chemicals are considered to be carcinogens vs non-carcinogens, as well as how to most accurately test for them within the human body. Traditionally, when analyzing a new chemical, toxicologists run a two-year cancer bioassay on it using hundreds of animals and costing over $2M to see if these chemicals cause cancers or other diseases in rats or mice.

The problem with this method of testing, which is becoming more heavily discussed within the scientific community is that animal testing is an unreliable predictor of human disease. Ted W. Simon is an award winning scientist and toxicologist, who is experienced on toxicology issues including environmental risk, drug and alcohol testing, accidental poisonings, and intellectual property cases. I recently had the chance to speak with Simon on what he believes to be some of the biggest issues with modern toxicology methods, and what the science industry is currently doing to allow for more accurate readings.

“One of our main goals in the industry is to promote the use of what we call ‘New Alternative Methods’ of toxicology, or NAM’s. Basically NAM’s are a set of laboratory, computer, and machine techniques that use the results of high throughput screening (HTS) in vitro testing using human cells in culture coupled with methods for in vitro to in vivo extrapolation (IVIVE) to be able to move away from animal testing. The goal is to adopt NAM’s and use them more throughout labs in America so that we can begin phasing out testing on rats or mice.”

“New methods of determining toxicology will better predict human health effects and provide a clearer risk assessment of certain chemicals. Based on my experience, there’s never been a better time to change the way we perform toxicological processes in drug and alcohol cases.”

Simon discussed how he’s always been interested in science and biology: “I majored in biology initially but after undergrad I ended up getting married and having kids, but I knew science was always something I wanted to go back to so I eventually got my doctorate in neuroscience. After a brief stint teaching biology at a local chiropractic college, I was hired by ManTech, a government contractor to provide risk assessment support at the Atlanta regional office of the Environmental Protection Agency (EPA), where I also provided risk assessment support on site. I did that for about a year and half before I was invited to apply for a full-time federal government position as a scientist.”

At the EPA, Simon was responsible for doing environmental risk assessments for human and ecological health. During that time, he passed the examination to become a Diplomate of the American Board of Toxicology and thus became a board-certified toxicologist. It was at this point in his career that Simon really got to see first-hand all the issues within the methods of drug-testing.

“I’ve done a lot of work with drug and alcohol testing, particularly hair testing, and it’s become very clear to me that many of those in child protective services and law enforcement have no understanding of the nuances of hair testing, including the factors that produce false positive results. The result is that innocent people’s live are destroyed when their children are taken away or they are put in jail—and this only happens to poor people, without the resources to engage an attorney. For example, one day I had a woman call me up and tell me about how her hair always came back positive for cocaine when tested, but she had never done the drug. So I asked her what she did for a living, which is when she informed me that she was a bartender, and that caused a light bulb to go off in my head.”

“This woman was handling cash every night, had long hair that went down to her waist, and you have to think after working a long shift and handling a lot of money from strangers she would be touching her hair or moving it out of the way every night, so that’s where the cocaine actually was coming from. I asked her what part of the head they were taking the hair samples from and she said they took it from a bunch of different parts of the head. So here’s the point, if she was actually ingesting cocaine and it was in her system, there would likely be a similar amount of it throughout all of her hair follicles, but if it was due to external exposure, it would be inconsistent, which it was.”

“After looking at the 5-6 tests she took, I could tell the results were inconsistent enough to likely be due to external exposure, rather than ingestion. So I wrote a memo for her where I said that, because this poor woman had kids to take care of and was out every night working hard to provide for them, meanwhile the courts were trying to take her kids away from her because of the positive cocaine tests. It’s just so wrong and I’ve had so many cases like that where it’s individuals who are trying to be on the right track of life but the lack of any understanding of the nuances of drug testing by these decision makers are ruining their lives.”

Hair tests are used in legal contexts to determine drug use over the prior three-month period, and that’s a major issue to Simon. “Hair tests are unreliable because of the ubiquitous presence of cocaine and methamphetamine in the environment and the fact that the chemical nature of the drugs causes them to bind to melanin, the pigment in hair.” 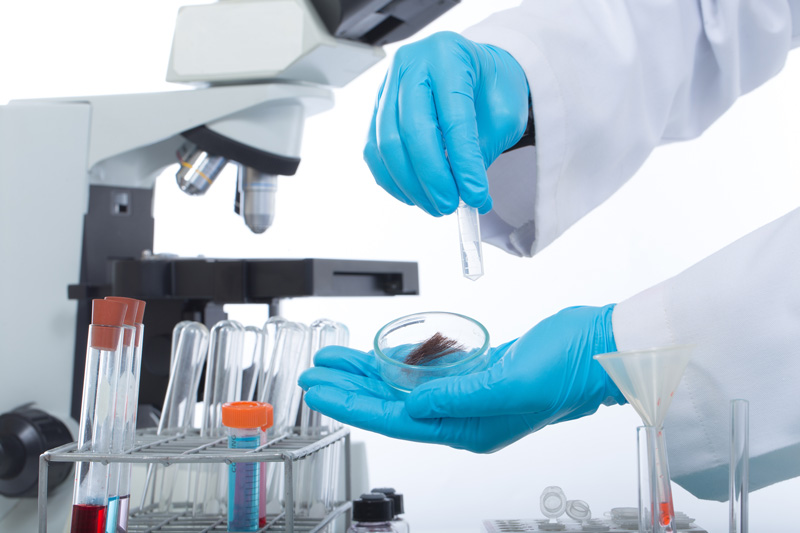 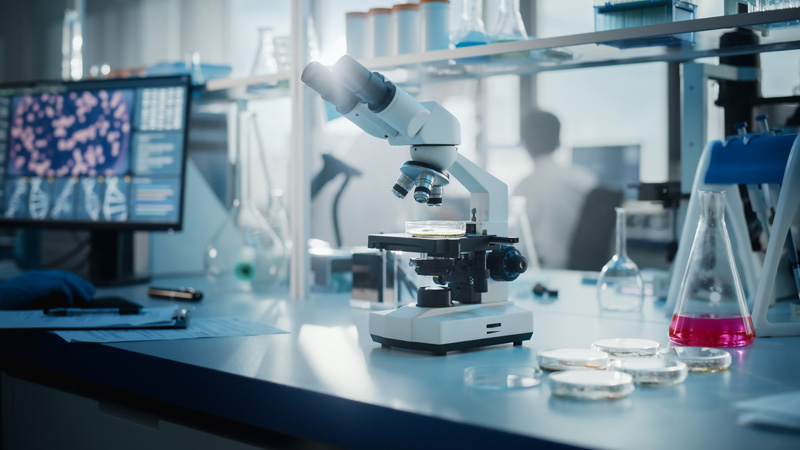 “The new approach methodologies are also subject to misuse. The International Agency for Research on Cancer (IARC) located in Lyons, France has begun to use the results of HTS in a highly inappropriate way to label chemicals as carcinogenic. IARC’s designation of the herbicide glyphosate as a ‘carcinogen’ is an example.” Simon believes this designation is actually a move to spur the political leaders of France to ban genetically modified organisms. Simon was part of a team that published a paper in 2017 demonstrating that IARC’s use of results from NAMS to determine carcinogenicity was no better than chance.

“My experience and expertise in toxicology lies in pharmacokinetic models, which is the study of absorption, distribution, metabolism, and elimination of foreign substances from the body; things like drugs and alcohol and how those things interact with your body’s natural systems.”

“A large variation exists between an individuals drug distribution in the body, in the metabolism, and elimination of these drugs. Unfortunately, forensic toxicologists will conduct observational research on a small number of individuals with no attempt to extrapolate these finding to any large population. The reason is that forensic toxicologists tend to be poorly trained in mathematics and statistics compared to other types of scientists. Maybe they truly believe the tiny group is representative; maybe they’re incapable of performing a valid extrapolation to a larger group.”

Simon discussed how one of the specific systematic reviews that he’s working on is looking into passive exposure studies of cannabis, and the extent of which secondhand smoke can lead to a positive marijuana test. Additionally, a major problem that many Americans are experiencing is the fact that CBD products, which are completely legal, can cause a marijuana test to come back positive, because CBD is derived from the plant. So it’s just another example of specific factors that can impact a report’s results and therefore outcome of a given case.

“Key characteristics currently used in the court of law are outdated and oversimplified, and that’s a problem because these are real people who are being wrongfully punished every day for things they may or may not have ingested.”

“Right now we have a standard of predictions and data that we can use to create an original binary, and a set of new methods that can help us more specifically determine toxicology in a given individual based on their specific bodies.” One of the biggest issues with modern toxicology is that animal testing is not an accurate enough way to determine how chemicals react within the human body. For some it is, but when it comes to actual drug and alcohol cases being brought into a court of law, “we need the most accurate methods possible to be in place so that justice can be properly served.”

“As of right now, the most accurate toxicology methods are breathalyzer tests, as well as getting a combination of blood and urine samples, that way you have a more accurate panel of data.”

“An attorney once asked me during testimony if I had ever given methamphetamine to pregnant women. I’m not usually speechless but that time I stared at her in silent disbelief for about twenty seconds. I can surmise only that the question arose out of her desperation to impeach my testimony.” Simon notes there are troubling reasons for the failure of professionals in law enforcement and social services to understand the nuances of drug testing and interpret the results appropriately and without bias.

“The procedures used by private drug testing labs are closely guarded with lack of transparency being the hallmark of this industry. The testing reports provide no contextual information at all. Scientists at these private drug testing labs disclose none of the uncertainty inherent in their methods. Possibly, a conspiracy theorist might believe some devil’s bargain has been struck between the drug testing industry and the operators of prisons and youth facilities. The private prison industry accounts for several billion in total revenue each year. The motives of those in child protective services are even less clear.”

“The result is cruelty – to those innocent — both children and parents. As a society, we can do better.”

To learn more about modern toxicology, NAMs, or the failures of drug testing as mentioned by Ted W. Simon, click here. 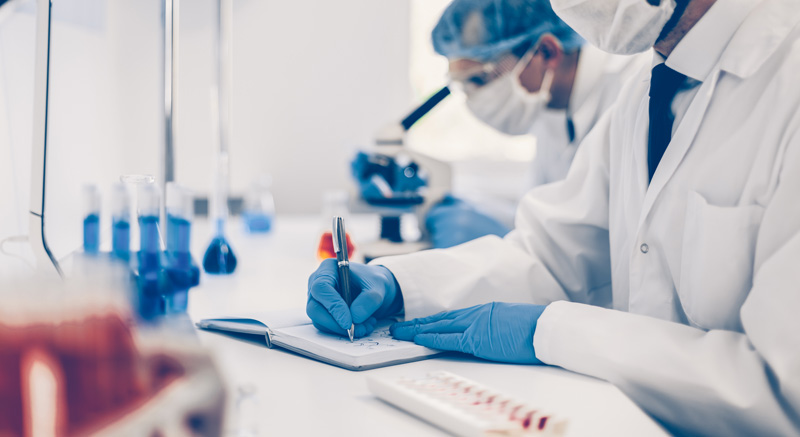