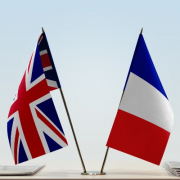 France and the UK have reached an agreement to reopen their border to allow freight services to resume operation between the two countries. The border had been closed over the past week due to a new Covid strain spreading through the UK.

Around 3,800 lorries have been stuck at Manston airfield since France announced the border closure on Sunday.

Rail, air and sea services have all resumed but all those travelling into France from the UK will be required to show proof of a negative coronavirus test that has been taken within the last three days. All lorry drivers, regardless of their nationality, will have to take a lateral flow test before they are allowed to cross the border. These tests are able to detect the new strain of Covid-19 and provide results within half an hour, compared to the 24 hours required after the PCR test.

The French government has also chosen to carry out sample testing on freight entering the country from the UK.

“I am pleased that we have made this important progress with our French counterparts this evening. This protocol will see the French border reopen to those travelling for urgent reasons, provided they have a certified negative COVID test,” the British transport secretary Grant Shapps said.

“We continue to urge hauliers not to travel to Kent until further notice as we work to alleviate congestion at ports.

“It’s very important hauliers don’t rock up in Kent tonight, there’s nowhere for you to go, it won’t speed up your crossing of the Channel, stand by and await more instructions,” he added.

“We are very tired. We’re staying in cars, we don’t have a lot of food, no money,” one lorry driver who had been stuck at the border told the BBC.

“Police three days ago told us that testing will start soon, but they don’t know when and that’s why people are protesting,” another said.

“We just want to do the test and just go straight home.”

Rod McKenzie of the Road Haulage Association described the situation as “chaos” as lorry drivers headed to ports thinking the borders would be open.

“They’re tired, frustrated, desperately wanting to get home for Christmas,” he said.

He said the information given to them has been “extremely poor”, while food provision, toilets and washing facilities were “inadequate”.

Richard Lloyd, director of a British firm that imports farm machinery from Poland, said he had been called by the family of a driver who was stuck without food, asking whether he could get a loaf of bread to the lorry.

“He didn’t want to go anywhere because of the security of the truck, and obviously a place in the queue, so it was a desperate situation,” Mr Lloyd said.

More than 40 countries around the world have implemented travel restrictions on the UK since the discovery of a new mutant variant of coronavirus, which spreads more easily than strains that had previously been discovered.

There are some fears that continued international travel disruption will result in the UK facing shortages of fresh fruit and vegetables and supermarkets have warned the public to be prepared for such an eventuality.

Ian Wright, chief executive of the UK Food and Drink Federation, said that while shoppers “need have no concerns about food supplies over Christmas”, the consequences could be felt soon after.

The deal was reached after UK Prime Minister Boris Johnson and French President Emmanuel Macron spoke on the phone on Monday to signal intentions of a deal being reached. French transport minister Jean-Baptise Djebbari thanked Mr Shapps on Twitter for the “amazing work we have done” over the past 48 hours.

This had been prepared for Brexit delays in the New Year but was utilized earlier than planned in order to help cope with the current situation.

“Frustrated lorry drivers have confronted the police as tensions over their continuing confinement threatened to boil over,” BBC reporter at the scene Simon Jones said.

“Some hauliers marched out of the Manston lorry park, where they’ve been forced to sleep in their cabs, demanding to know when they’ll be allowed to go home.

“There’s a huge backlog of traffic to clear. Some hauliers said they’d been told the testing on the site was initially delayed because the tests got held up in traffic,” Jones continued.

“Manston is now full – so there’ll be some pressure on the authorities to get as many tests done as quickly as possible to clear space for any new arrivals.”

What Do We Know About The New Coronavirus Variant in the UK?
Scroll to top