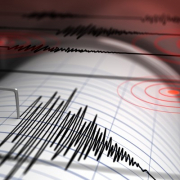 At least seven are dead and many more injured after a magnitude 6.4 earthquake struck central Croatia. The earthquake has caused mass destruction in a number of towns and villages southeast of the capital Zagreb, sending panicked residents fleeing down rubble-filled roads in search of safety.

The country’s prime minister said a 12-year-old girl had been killed in Petrinja by the earthquake as he visited the town. Five others died in the nearby town of Glina and state media are reporting a seventh victim, discovered in the rubble of a church in Žažina.

According to the European Mediterranean Seismological Center, an earthquake of 6.3 magnitude hit 28 miles from Zagreb at just past 11AM local time. Initial reports suggested that the earthquake had caused extensive damage, causing roofs, building facades and entire buildings to collapse across central Croatia. The same area was hit with a magnitude 5.2 earthquake on Monday.

Officials say that in addition to the already known seven deaths, at least 20 others have been hospitalized, two with serious injuries. Search and rescue missions continue as many people remain unaccounted for.

Petrinja’s mayor, Darinko Dumbovic, announced on a local TV broadcast that his town has been “completely destroyed”.

“One girl died and there are injuries and people inside collapsed buildings. My town has been completely destroyed, we have dead children,” he said. This is like Hiroshima; half of the city no longer exists. The city has been demolished; the city is no longer livable. We need help.

“We are pulling people from the cars, we don’t know if we have dead or injured,” Dumbovic told regional broadcaster N1. “There is general panic, people are looking for their loved ones.”
Marica Pavlovic, a resident, said the quake felt “worse than a war.’

“It was horrible, a shock, you don’t know what to do, whether to run out or hide somewhere,” she told the Associated Press.

Croatia’s prime minister, Andrej Plenković, and other government ministers arrived in Petrinja after the earthquake. “The biggest part of central Petrinja is in a red zone, which means that most of the buildings are not usable,” Plenković said.

Sasa Umicevic, Orthodox archpriest of the Petrinja Parish, was fearful that there could be more tremors following the earthquake and chose to escape to a field outside Petrinja, taking his wife and three children with him.

The family revealed to Sky News that they fled their parish home on Monday morning when the first earthquake struck the region.

“It felt like an explosion – we ran out of the house in our pajamas, and immediately there was a power cut,” Umicevic said.

Umicevic also revealed that he travelled back to his home on Tuesday in order to inspect the damage on the 250-year-old house and escaped just 10 minutes before the bigger, more devastating earthquake.

“The whole town center was in the middle of a clearing operation,” he said. “We surveyed the damage on the parish home… This time the walls and chimneys collapsed.”

“We thank God that we were not injured but our thoughts are with so many who have been hurt and the little girl who lost her life,” he said. “There’s no water or power in the town of Petrinja – this has been a very traumatic experience.”

The earthquake was felt in the Croatian capital Zagreb, in neighboring countries Bosnia and Serbia, and even as far away as Italy and Germany. People sustained injuries in the nearby town of Sisak and national broadcaster HRT said the local hospital was struggling to cope with the number of additional casualties arriving for treatment.

Head of emergency medical services in Sisak, Tomislav Fabijanic, said that they were witnessing a large number of patients with fractures and concussions, and that there was some needing urgent surgery. The Croatian Mountain Rescue Service said that rescuers from all across Croatia had travelled to Petrinja and nearby towns in order to help with the search and recovery efforts.

A kindergarten was also destroyed in Petrinja, but fortunately at the time of the earthquake it was completely empty. In a small nearby village, a worker told N1 that nine of its 10 houses had been destroyed.

“Croatia’s president and prime minister saw for themselves the scale of damage in Petrinja within two hours of the earthquake and were united in their response,” BBC’s Balkan correspondent Guy De Launey said.

President Zoran Milanovic compared the scene to Grozny, the capital of the Russian republic of Chechnya, which was largely destroyed during a siege 20 years ago. The prime minister said it was “clear as day” that Petrinja was no longer safe for human habitation.

“It is a bitter blow for the town’s people, who faced a significant rebuilding operation after Croatia’s war of independence in the 1990s. More recently, they have been tackling economic devastation, with the decline of traditional industries.

“Croatia’s leaders have promised funds for reconstruction. But Petrinja’s residents will be seeing in the new year in temporary accommodation – with little prospect of an early return home.”